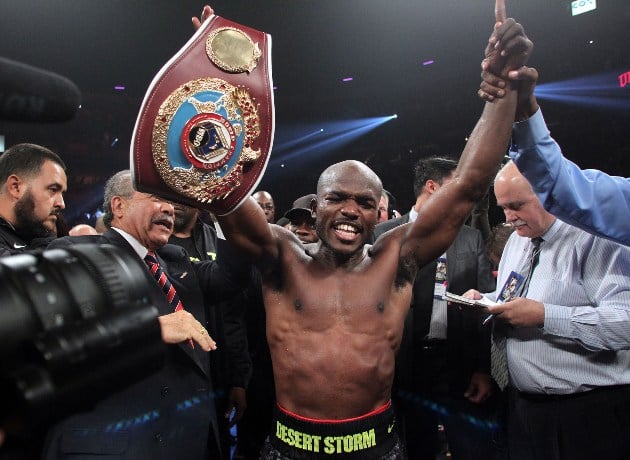 Bradley defended his WBO welterweight belt by split-decision over Juan Manuel Marquez in the main event. In the other fights, Salido stopped Orlando Cruz in the seventh round of their bout for the WBO’s vacant featherweight belt, Lomachenko scored a fourth-round knockout over 126-pound rival Jose Luis Ramirez, and Monaghan won his light heavyweight fight by third-round knockout over Anthony Caputo Smith.

Kizer also said that the rest of the fighters on the nine-fight card tested negative, as did those on the Oct. 11 card whose main event featured a unanimous decision by Jesse Vargas over Ray Nahr also at The Thomas & Mack Center.