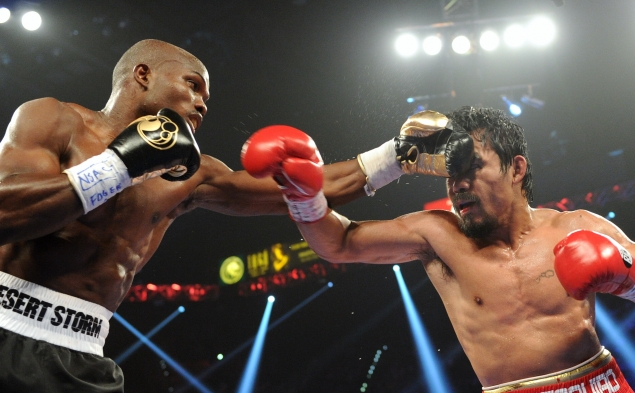 On Oct. 12, Bradley made the second defense of his title by split-decision over Juan Manuel Marquez, who was coming off a sixth-round knockout of Manny Pacquiao last December.

Alvarado was last in the ring in March, when he out-boxed Bradley’s managerial stablemate Brandon Rios to a razor-thin unanimous decision.

“[Provodnikov’s victory over Alvarado] just shows what a great fighter Tim Bradley is and how under-appreciated that he is. He’s literally one of the two best fighters in the world right now with Mayweather,” said Dunkin.

“I think that him and Mayweather stand alone just based on who they are and what they’ve done, and Tim Bradley is truly a great fighter. I hope that now, people are going to really start to appreciate how good he really is. I hope.”

In addition to Pacquiao, Provodnikov and Marquez, Bradley’s resume includes three opponents — Lamont Peterson, Devon Alexander, and Luis Carlos Abregu — who were unbeaten before falling by decision to Bradley.

After facing Abregu as a welterweight in 2010, and then vanquishing Alexander as a junior welterweight in 2011, Bradley scored knockdowns in the fifth, sixth and final rounds of an eighth-round knockout of former Olympic gold medalist and ex-beltholder Joel Casamayor. 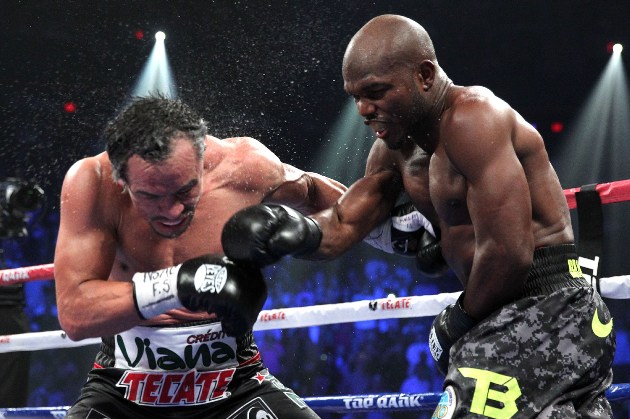 Bradley has also scored a split-decision over former titleholder Junior Witter, whom he dethroned for the WBC junior welterweight belt — his first title — in May of 2008.

Although Bradley and his trainer, Joel Diaz, praised Marquez and Diaz’s counterpart, Mexican legend Nacho Beristain, Marquez and Beristain were disparaging of their conquerors during their post-fight remarks.

“What happened was that Tim really, mentally, just controlled that fight with Marquez, and he frustrated Marquez. You could just really see how frustrated Marquez was in the fight. He just couldn’t hit Tim,” said Dunkin.

“Marquez couldn’t position himself, he couldn’t do anything with Tim. Anything that Tim wanted to do in there, he could do, and it was just a remarkable performance. Just watching it, I had it 8-to-4, and it probably could have been an even bigger [margin].”

In a preference for Bradley’s next opponent, Dunkin said that he would choose, in order, Mayweather, Pacquiao or Rios.

“Floyd Mayweather, No. 1. No. 2, probably Manny Pacquiao, because I think that Tim will decisively take care of it. No. 3, depending what happens in the other fight, possibly Brandon Rios,” said Dunkin.

“Tim fought Pacquiao with two bad feet, so in a rematch with Pacquiao, I think that Tim would prove himself. If you go back and watch that fight, a few of those rounds were really close, but he was winning those rounds.”

In the meantime, Dunkin said Bradley’s should get credit for what his skills have produced thus far.

“I mean, he does everything well, and he’s got determination and heart that is unbelievable. Nobody trains any better than him, and he trains as hard as anybody ever. His will and his heart are unbelievable. Tim’s willing to change up and do different things to win,” said Dunkin.

“Whatever it takes to win, Tim Bradley finds a way to win. No matter what it is, he figures it out in there and he makes adjustments. Tim will change things to win. He’s really a remarkable, great, great fighter. He’s a hall of fame fighter. Tim Bradley is an amazing guy, but he may not be truly appreciated until his career is over.”