Russell Jr. may be next if Salido fights Lomachenko 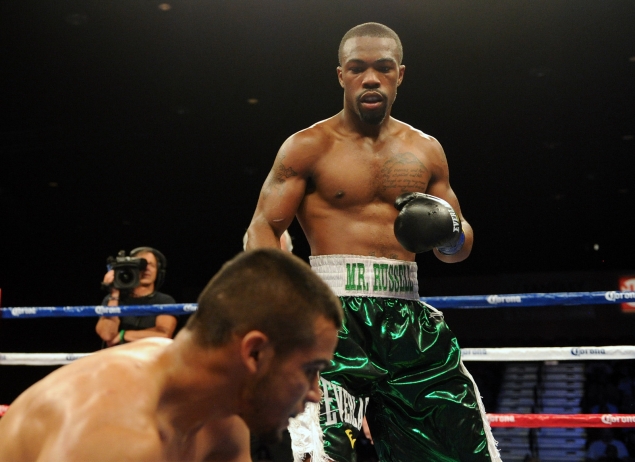 WBO President Paco Valcarcel has declared unbeaten featherweight Gary Russell Jr. to be the organization’s mandatory challenger to Mexican Orlando Salido, giving Salido the next 180 days within which to defend against Russell after having won the vacant belt by seventh-round knockout over Orlando Cruz on Saturday at Thomas & Mack Center in Las Vegas.

Like Salido-Cruz, Lomachenko-Ramirez happened on the undercard of Tim Bradley’s split-decision win over Juan Manuel Marquez. A 25-year-old amateur star, Lomachenko (1-0, 1 KO) was a winner of his second Olympic gold medal at the 2012 Games in London. [Editor’s note: Lomachenko took part in six World Series of Boxing semi-pro bouts that were scheduled for five rounds before officially turning pro.]

“If Salido wants to fight Lomachenko in January, then he could do it,” said Valcarcel. “Because we’re talking (about) Salido having (to) face Russell before April. In the interim, he can fight a voluntary. The mandatory would not be due until around April 12.”

A 25-year-old 2004 U.S. Olympian who is coming off a unanimous decision over Juan Ruiz in August, Russell (23-0, 13 KOs) said he received the news of the WBO’s mandate last Wednesday.

“On Oct. 9, my team received written confirmation from the WBO that I am the mandatory challenger for their featherweight world title,” said Russell, in a prepared release. “I’m ready for my first world title fight and can not wait for the fight to get made.”

The prospect of making Salido-Russell or Russell-Lomachenko could be complicated since Arum and Golden Boy CEO Richard Schaefer are feuding and are aligned with rival networks, HBO and Showtime, respectively.

In addition, Russell has been promoted by Golden Boy through advisor Al Haymon, with whom Arum also has had an adversarial relationship.

Arum doesn’t believe there will be any trouble in making a fight with Russell.