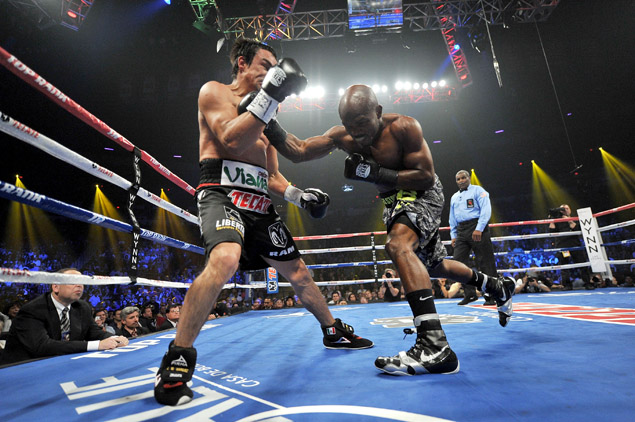 The fight was difficult to score, as Bradley was clearly the busier fighter but Marquez probably landed the bigger shots and was more effective in the later rounds.

Bradley seemed to be on his way to clear victory, controlling the fight with jab and movement. He also seemed to beat Marquez to the punch with regularity. However, Marquez made adjustments and rallied, leaving the fight in doubt at the final bell.

The result won’t be seen as controversial, meaning Bradley (31-0, 12 knockouts) won’t have to endure the criticism that followed his split-decision victory over Manny Pacquiao last year.

“I feel great man, I feel fantastic,” Bradley said in the ring afterward. “I knew this was my moment. I told everybody that would listen.”

“We came to win and we did. The judges saw something else,” said Marquez, who was coming off his one-punch knockout of Pacquiao in December.

Bradley acknowledged that Marquez rallied in the later rounds but said he wasn’t surprised.

“He made adjustments,” Bradley said. “He’s a veteran, I expected that. I just have to stay solid on defense, stay smart, just get a little bit more hungry.”

Bradley was asked what’s next for him. He gave the obligatory response that he’ll discuss it with his team. However, he did suggest that his position among the best fighters in boxing just changed.

Going into the fight, THE RING had Marquez No. 3 and Bradley No. 8 in its pound-for-pound rankings.

“I’m now considered one of the Top 3 in the world,” he said. “There’s Floyd Mayweather, Andre Ward and Tim Bradley, baby.”