Another fight, another beat down for Klitschko 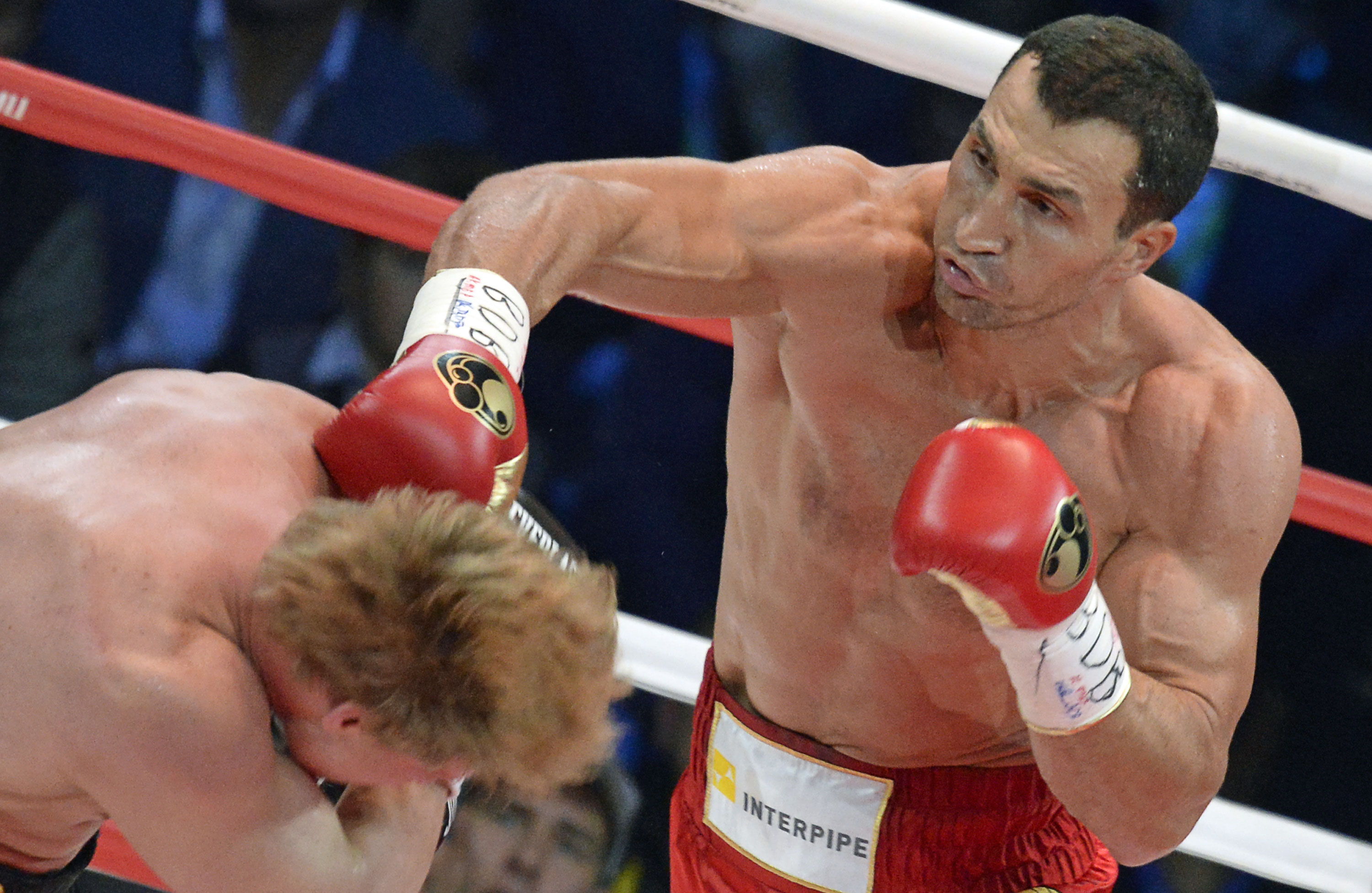 Those who dismiss Wladimir Klitschko as a safety-first fighter with only a passing interest in entertaining the fans have a point. Klitschko generally is not fun to watch, as he demonstrated again against Alexander Povetkin on Saturday in Moscow.

Don’t question the big man’s ability, though, at least not in relation to the current crop of heavyweights. That’s beyond reproach.

Povetkin arguably is the best heavyweight in the world not named Klitschko and Wladimir utterly outclassed him in front of his own fans, winning what amounted to a shutout victory. The only round he didn’t win was the one in which he lost a point for pushing. 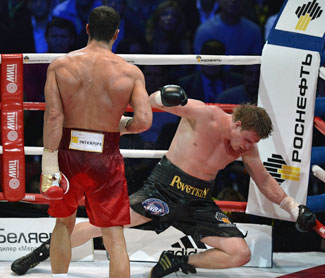 The final scores – 119-104 on all three cards, a 15-point differential – accurately reflected the RING champion’s dominance. THE RING had it 118-105, a charitable tally.

The victory was the 15th consecutive successful defense during Klitschko’s current reign as heavyweight titleholder, third all time behind Joe Louis (25) and Larry Holmes (20).

Povetkin (26-1, 18 knockouts) entered the fight with as solid a resume as any potential Klitschko opponent: a former Olympic super heavyweight champion (as Klitschko was) and a perfect professional record. He exited the fight just another notch on Klitchko’s big belt.

Povetkin strategy was to bull rush Klitschko, which in a perfect world would negate the bigger man’s lethal jab and give him a chance to land hard punches. However, he found little success, as Klitschko quelled almost every attack by tying up his attacker. Povetkin landed only 59 total punches, according to CompuBox.

Meanwhile, Klitschko (61-3, 51 KOs) also landed relatively few punches – only 139 total, or fewer than 12 a round – but the ones that found a home were damaging. Povetkin went down once in the second round and three times in the seventh, which seemed to put the fight out of reach for him barring a shocking knockout.

Yes, we’ll always wonder about Klitschko’s chin given his knockout losses to Corrie Sanders and Lamon Brewster. Those setbacks occurred eons ago, though, in 2003 and 2004, respectively. 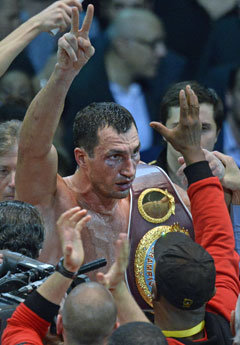 The Klitschko of today is an excellent defensive fighter, as Povetkin’s punch rate (five landed per round) seems to indicate. He’s resourceful, as his tactic of hanging on his smaller opponent during almost every clinch indicates. That seemed to wear Povetkin down.

Klitschko paces himself these days, meaning he isn’t likely burn through his energy as he seemed to do in the worst moments of his career. And, of course, the power he generates because his size, strength and underrated technique invariably busts up his opponents.

That formula has made him all but unbeatable, as a very frustrated Povetkin discovered.

Klitschko is also usually gracious, as he demonstrated afterward by acknowledging that Povetkin’s determination – he never stopped plowing forward – made him work somewhat harder than in most of his victories.

“That was a tough bit of work, he’s a real fighter,” BBC Sport quoted Klitschko as saying. “I kept landing the punches, but he stayed in there. I believe it was a deserved win, but I think I can improve still.”

What could Povetkin say?

He could’ve complained about Klitschko’s tactic of leaning on him from beginning to end, which referee Luis Pabon inexplicably allowed, but apparently he didn’t. It was as obvious to him as it was to everyone else that Klitschko and brother Vitali are simply in their own league.

“Things didn’t quite go as well as I wanted, but I never give up,” Povetkin said. “Of course, he was the better fighter, he’s the best in the world, that’s clear.”