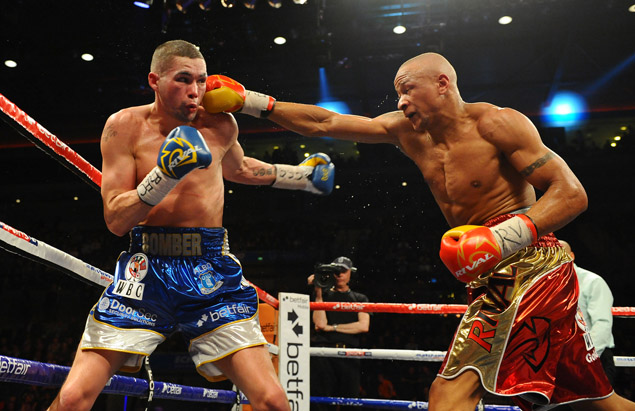 Main Events has announced the signing of Isaac Chilemba, a 26-year-old twice-beaten light heavyweight who has fought the majority of his bouts in his native South Africa.

Born in Malawi, Chilemba (20-2-2, 9 knockouts) has battled to a draw and a split-decision loss to Tony Bellew in March and May, respectively, in his past two bouts.

“I am pleased to be with Main Events and I look forward to getting back in the ring,” said Chilemba, who is nicknamed “Golden Boy” “Everything happens for a reason.”

Chilemba has decisioned fighters such as perennial contender Edison Miranda, battled to a draw with unbeaten Thomas Oosthuizen, and handed Maxim Vlasov his lone defeat.

“Isaac’s most impressive fights occurred during times when he was very active,” said Kathy Duva, president of Main Events. “We believe that the combination of activity and the exposure he will receive fighting on the NBC Sports Network will create the right environment to bring out his full potential. We are excited to work with him and his manager, our long time friend, Damian Ramirez.”

Chilemba is expected to make his first start under the Main Events banner before the end of the year.

Photo: www.leighdawneyphotography.com
Lem Satterfield can be reached at [email protected]