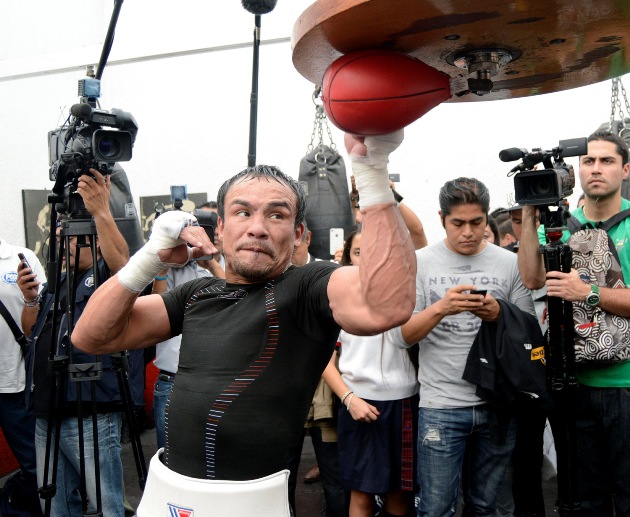 When the final bell tolled ending the third meeting between then-WBO welterweight titleholder Manny Pacquiao and Juan Manuel Marquez in November of 2011, Marquez thought that he had earned his first victory over his nemesis.

His belief was consistent with a majority among 20 boxing media members, 12 of whom saw Marquez as the winner, with seven in favor of a draw and only one seeing Pacquiao as the victor.

Regardless, the Filipino was declared triumphant by majority decision, with ringside judges Glenn Trowbridge and Dave Moretti turning in scores of 116-112 and 115-113, respectively, while Robert Hoyle called it even at 114-114. 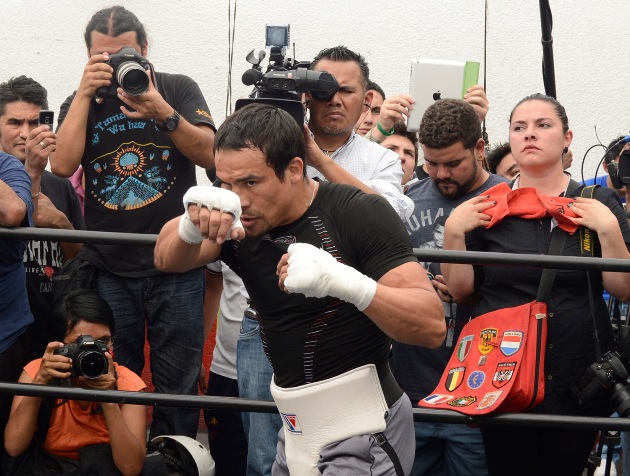 That loss is among the major reasons why Marquez called last December’s fight, in which he left Pacquiao face-down and motionless at 2:59 of the sixth round, “divine justice.”

It was also a huge factor in why Marquez (55-6-1, 40 knockouts) passed up a fifth meeting with Pacquiao in favor of an Oct. 12 shot at Tim Bradley (30-0, 12 KOs), who won his current WBO welterweight belt by disputed split-decision over Pacquiao in June 2012, thus making Pacquiao-Marquez IV a non-title bout.

“My biggest motivation for this fight is winning a fifth world title in five different divisions,” said Marquez, who earned his fourth belt in as many divisions when he decisioned Sergei Fedchenko for the WBO’s 140-pound belt in April of 2012 (initially it was the WBO’s “interim” belt, but was later upgraded to full status). “I felt that back in 2011 that I won this same belt — the WBO welter championship — in my third fight with Manny Pacquiao. But it was taken away from me by the judges. I want it very much.”

In his last fight in March, Bradley rose from a 12th-round knockdown to secure a unanimous decision over Ruslan Provodnikov in defense of the belt he won from Pacquiao.

Although he absorbed plenty of damage by electing to go largely toe-to-toe against Provodnikov, Bradley, 30, said he still has enough left to retire Marquez.

“Bradley is very great champion,” said Marquez. “He’s young and undefeated and represents a big challenge for me. But I love this type of challenge, and look forward to getting in the ring against him and proving that I am still one of the best fighters in the world. 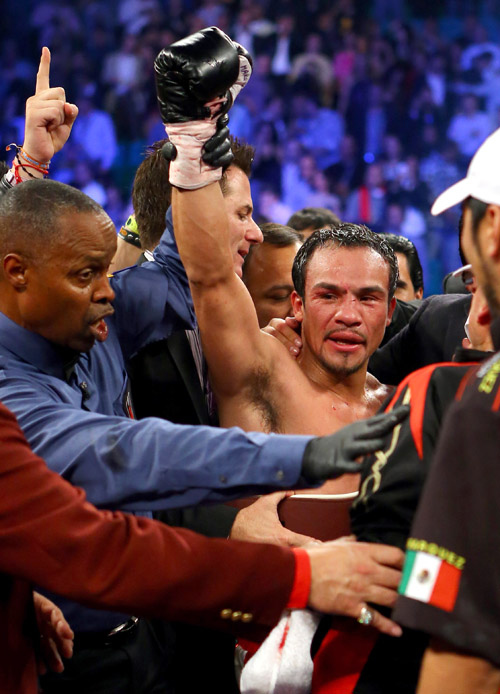 “I had a great training camp and I love getting ready for a big fight. Working hard in camp will make the fight easier, and it makes me confident that I will be ready for whatever comes up in the ring. If he wants to box, I will brawl. If he wants to brawl, I will box.”

That leaves Pacquiao trying to rebound from his losses to Marquez and Bradley on Nov. 23 in Macau (Nov. 24 in the western hemisphere) against rising junior welterweight Brandon Rios.

Marquez was the WBA and IBF featherweight titleholder in May of 2004, when Pacquiao dropped him three times in the first round of an eventual draw. Four years later in March of 2008, Marquez was dethroned as WBC junior lightweight beltholder by Pacquiao, who floored him in the third round.

“That Manny Pacquiao chapter in my life is over. I want to enjoy the great punch and great victory for the rest of my life. It was great ending to four great fights, and I moved on. I know there is a lot of money in a fifth fight, but money is not everything in life,” said Marquez, who turned 40 in August.

“No amount of money will ever give me the feeling that I had that night, or the great satisfaction that I gave Mexico on that night. I live in the present, and right know is about getting ready to fight Bradley and winning on Oct. 12. After the fight, we will see what’s next for me. Right know, all that I am thinking about is Bradley and getting that fifth world championship.”