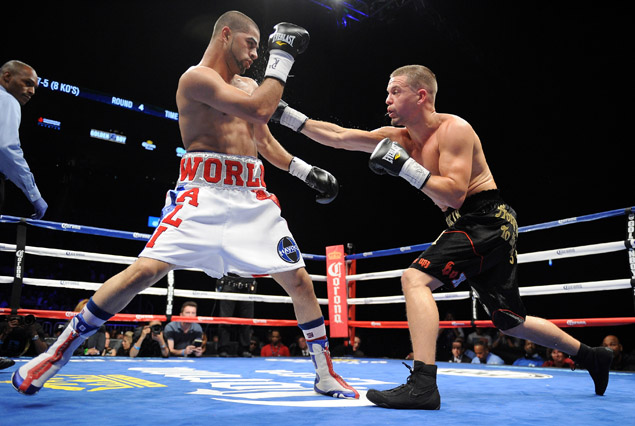 Brooklyn welterweight Sadam “World Kid” Ali rose from a first-round knockdown and then floored rival Jay Krupp in both the third and final stanzas of Monday night’s eight-rounder at Barclays Center on Golden Boy Live! to win a unanimous decision.

A 25-year-old member of the 2008 Olympic team who was fighting for the first time under the Golden Boy banner, Ali rose to 17-0 with 10 knockouts, while Krupp slipped to 17-6 with eight stoppage wins.

Krupp’s three-fight winning streak was ended by Ali, who was coming off October’s second-round knockout over Ronnie Warrior Jr. at the Aviator Sports Complex in Brooklyn.