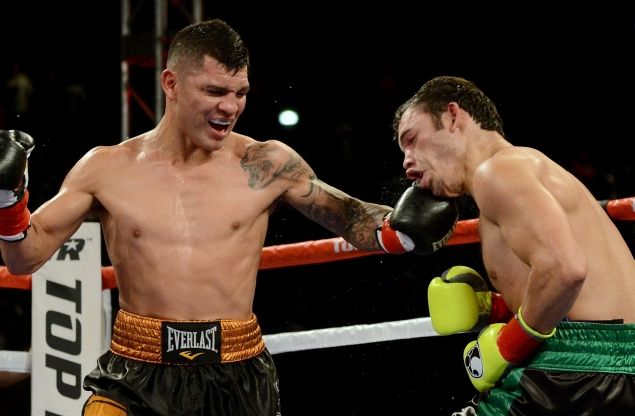 Top Rank CEO Bob Arum and Banner Promotions’ Artie Pelullo, the respective promoters of Julio Cesar Chavez Jr. and Bryan Vera, have informed RingTV.com that they are working on a Dec. 14 rematch of this past Saturday’s fight that Chavez won by controversial unanimous decision. The rematch would take place in Vera’s home state of Texas.

According to Nielsen Media Research, Chavez-Vera drew 1,416, 000 viewers (or more than 1.4 million). Although Chavez-Vera took place at the StubHub Center in Carson, Calif., at a 173-pound catchweight that was negotiated by Arum and Pelullo, the return bout would happen at the super middleweight limit of 168, according to Arum.

“I’m okay with it, particularly in light of the incredible rating that the fight got on Saturday. Obviously, it cries for a rematch. I’ve talked to Artie and I’m trying to have it done this year in December by HBO in Texas,” said Arum.

“Because I’ve talked to Chavez and he wants to demonstrate that he is the man, and so he is going to go into Vera’s home area to do the fight. So now it’s all up to HBO to give us the date and we can get the fight on.”

“I spoke to Bob Arum yesterday about the rematch between Chavez and Vera and he loved the idea. We’re talking about doing it in December in Texas,” said Pelullo.

“We’re going to set something up where we’ll have [trainer] Ronnie Shields and Bryan Vera talk to the press tomorrow. I’m looking for a rematch because we won the fight. It was the highest-rated cable fight of the year because 1.4 million saw the fight on Saturday.” 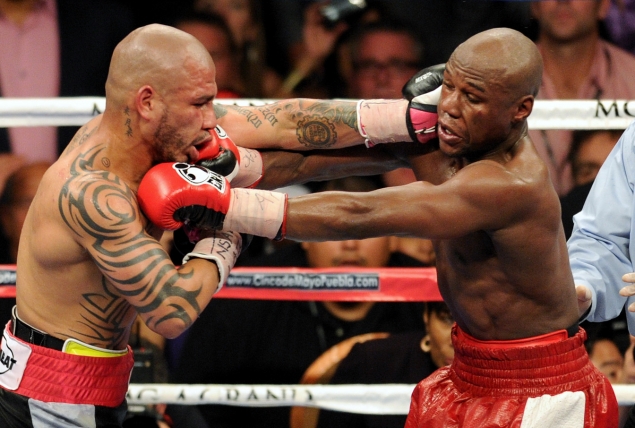 HBO’s Jim Lampley takes a look at “the greatest hits” of three-division titlewinner Miguel Cotto in advance of the Puerto Rican icon’s junior middleweight bout with Delvin Rodriguez on Saturday at the Amway Center in Orlando, Fla.

Lampley reacquaints viewers with Cotto’s unanimous decisions over Shane Mosley, his split-decision win against Joshua Clottey, and his stoppage victories over Zab Judah and Yuri Foreman, among other fights.

Also included is Cotto’s win and his loss to Antonio Margarito, each of which ended in a knockout, along with his unanimous decision setback to Floyd Mayweather Jr., and his stoppage loss to Manny Pacquiao.

For Saturday’s matchup, to be aired starting at 9:45 p.m. ET/PT on HBO, Cotto has been trained by Freddie Roach, who was in Pacquiao’s corner when Pacquiao’s 12th-round knockout triumph dethroned Cotto as WBO welterweight beltholder in November of 2009.

Cotto, who turns 32 on Oct. 29, was trained by Pedro Diaz for his past three bouts — the losses to Mayweather and Austin Trout last year, and the 10th-round knockout over Margarito in Decemer of 2011.

Rodriguez is a 33-year-old winner of two straight by knockout since falling by unanimous decision to Trout in June of 2012.

Although he ended Cotto’s streak of three straight knockout victories, Mayweather emerged with a bloody nose from one of the most physical fights of his illustrious career.

A 1996 Olympic gold medalist for Ukraine, Klitschko, 37, will pursue his 19th consecutive victory and his 14th stoppage win during that run. He is coming off May’s sixth-round knockout of previously unbeaten Francesco Pianeta.

A 34-year-old winner of Olympic gold for Russia in 2004, Povetkin was last in the ring for a third-round stoppage of previously undefeated Andrzej Wawrzyk. Povetkin is co-trained by ex-titleholder Kostya Tszyu.

The Cotto-Rodriguez card will include a lightweight bout between Terence Crawford (21-0, 16 KOs) and Andrey Klimov (16-0, 8 KOs).

Crawford, who turned 26 on Sept. 28, has won five of his past six fights by knockout, and Klimov, 31, is coming off a majority decision over John Molina in June.

Junior lightweight Javier Fortuna (22-0-1, 16 KOs) will be in his first fight with trainer Hector Bermudez when he faces Jose Carmona (22-3, 12 KOs) on Oct. 19 in the Dominican Republic, promoter Sampson Lewkowicz informed RingTV.com on Tuesday.