Bellew breaks down Stevenson vs. Cloud 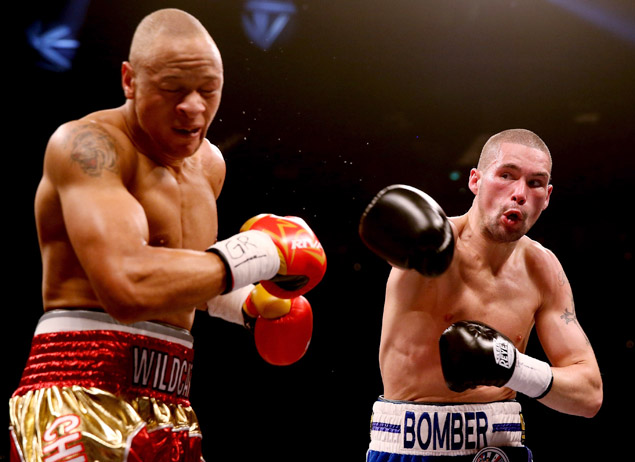 Adonis Stevenson and Tavoris Cloud will be fully focused on combat at the Bell Center in Montreal on Sept. 28, but another fighter’s attention will be more than a touch aroused from the comfort of a ringside seat.

Britain’s Tony Bellew (RING No. 7 at 175 pounds) is guaranteed the winner of the WBC light heavyweight title clash and will be in full reconnaissance mode. The hard-punching battler from Liverpool has actually had a keen eye on both men for years and offered his insight into what should be a fascinating encounter.

“Stevenson must capitalize on Tavoris Cloud being a slow starter,” said Bellew. “He needs to jump on this guy early and make him feel it. I’m a bit worried if the fight goes beyond six because Cloud has more experience in the championship rounds and has mixed with better opposition.

“Also when a fight goes long Stevenson tends to come apart because he has zero defense, fights with his face and gets caught heavily. When the likes of Don George is catching you flush then you have problems. Still, despite his shortcomings, Stevenson has quick feet and the equalizer; he is one of the best pound-for-pound punchers in the world right now.”

So Bellew isn’t completely sold on The RING champion at light heavyweight. What are his thoughts on Tavoris Cloud, who recently lost his IBF title? 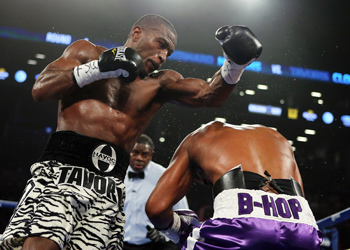 “I was at Cloud’s fight against Bernard Hopkins and I was hugely disappointed in him,” said the British star. “He turned up for a payday and gave the title away. Against Stevenson he must survive the first five rounds and take the fight in to the latter stages. If he can do that then he has a great chance of outworking Stevenson down the stretch.

“You just never know with Cloud. When he fell behind against Hopkins there was no sense of urgency with him. If that was me I would be swinging for the lights and chasing a knockout. I would rather wake up in an ambulance after taking a chance than leave the arena knowing that I didn’t even try.”

Bellew has been on a mission to become the best light heavyweight in the world since he fell short in a WBO title fight against Nathan Cleverly in October 2011. He thought his destiny was to meet Chad Dawson but those plans were derailed by one thumping left hand from Stevenson, which sent shockwaves through both Dawson and the sport itself.

So who will “The Bomber” face in his second attempt at ultimate glory?

“I think Adonis Stevenson will win the fight,” said Bellew. “Ultimately his style is that of a power-punching counterpuncher who is always looking to draw you on to the big left hand. He won’t impose himself, like many people think, because if you study Stevenson you’ll notice that he doesn’t go on the front foot unless he’s forced to.

“He’ll build up a lead, ease off and allow Cloud to walk on to punches. Cloud makes tons of mistakes and although Stevenson might not be the smartest fighter on the planet, he has a great team around him. The Kronk know what they’re about and Stevenson is coached by Emanuel Steward’s nephew (Javan Hill) and spent a lot of time with Steward himself.”

Bellew continued, “It’s a good fight. There’s a reason why HBO wanted this matchup and although it’s two small light heavyweights, both of them are very explosive. At the moment I’ve got it 60/40 in favor of Stevenson but if the very best Cloud shows up, as in the one who bested Clinton Woods, then it could be very close.”

Bellew is already in training camp preparing to meet the winner, and will only be in Canada long enough to take in the fight. His own title shot will take place on the day of his 31st birthday.

“I’m back in camp with complete tunnel vision,” said Bellew. “I love getting back to work officially, although I have been maintaining my core strength since my rematch with Isaac Chilemba. It’s just great to be punching again.”