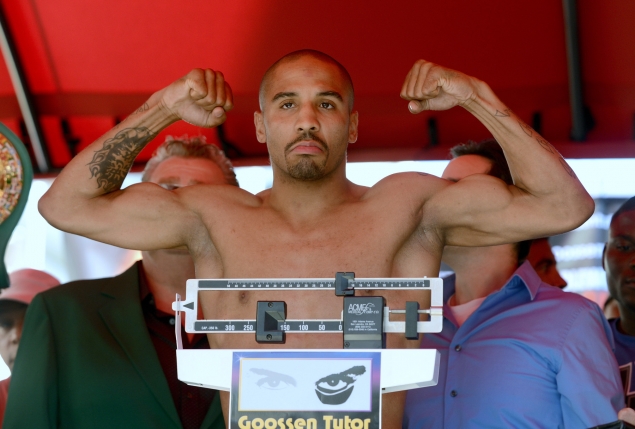 THE RING’s No. 2-rated pound-for-pound fighter behind Mayweather, Ward (26-0, 14 knockouts) said that he has inked his signature on an agreement for a Nov. 16 fight with unbeaten contender Edwin Rodriguez.

During Friday’s Mayweather-Alvarez weigh-in, Ward, also a broadcaster for HBO, was invited by promoter Golden Boy to join other fighters on stage. Mayweather-Alvarez is being televised on pay per view by Showtime, whose former executive vice president and general manager of sports programming, Ken Hershman, accepted his current post as president of HBO Sports in October of 2011.

Promoted by Dan Goossen, Ward rose to prominence by winning the Hershman-created Super Six tournament on Showtime over current IBF counterpart Carl Froch in December of 2011, but was fighting on HBO when he scored last September’s 10th-round knockout of then-RING and WBC light heavyweight champ Chad Dawson.

HBO severed its ties in March with Golden Boy after Stephen Espinoza, hired in November of 2011, made a deal that swiped Mayweather from HBO and guaranteed he’d be fighting six consecutive bouts on Showtime.

Ward, who will be signing autographs on Saturday from noon to 2 p.m. at The Shoe Palace in the Fashion Show Mall on The Strip, spoke to RingTV.com on Friday night in this Q&A.


RingTV.com: So you just finished a busy day, including a workout?

Andre Ward: I got off of the plane, went to Top Rank [Gym] to see my friend Karim [Mayfield] spar. Then I went from Top Rank to the weigh-in, and then, from the weigh-in to my hotel.


RingTV.com: Are you aware of the buzz that was caused by you’re going on stage during the weigh-in, and, if so, what are your thoughts on it?

AW: Am I surprised by that? I don’t know how much of a buzz. I’ve seen where a few people have commented about it. Now, honestly, I wasn’t expecting that. I went to the face-off to mingle with the fans.

But my name was on the list of champions in the building, and I appreciate Golden Boy for giving me that respect. So, you know, I went on stage and I shared the stage with other champions and the two guys that are in the main event tomorrow.

So it was a blessing, you know? It was a good look for me. Some people wondered why, and but it just happened, man, and I appreciate Golden Boy for giving me that respect.


RingTV.com: How long in advance did you know about it?

AW: I mean, I didn’t know about it. My publicist, Julie Goldsticker, she called and said that she had my credential ready, and that turned into me being announced to walk on stage with the other fighters. So, literally, it just happened. It just unfolded. I wasn’t expecting that when I came into the arena.

RingTV.com: Is your support a big deal, with you being employed as an HBO ringside commentator?

AW: Obviously with the issues that Showtime and HBO have right now, I don’t know exactly what the situation between HBO and Showtime is, and I really don’t need to know the details of all of that.

But I didn’t feel like I did anything wrong. It wasn’t like I was speaking on behalf of anybody or giving my predictions. I’m a fighter.

RingTV.com: So you feel that it was just a matter of Golden Boy showing a champion respect as is done for many big event weigh-ins?

AW: Yeah, I just think that they heard that I was going to be here, and that they wanted to announce the young prospects, the young and up and coming champions, and the current champions and even former champions, I think.

So again, I just appreciate them showing that respect, and it was a big event. I mean, this is the biggest fight of the year, so why not be a part of it.

RingTV.com: Can you comment on where the negotiations are with the Rodriguez fight?

AW: At the end of the day, people have been telling me about some of the comments that Edwin has been making, and I don’t know where this guy gets some of the stuff that he’s talking about.

I mean, some of the comments about me needing him and stuff like that, that’s just…how do you respond to that? It’s making him look bad saying those types of things.

You know, I’m not big-timing Edwin Rodriguez, but I’ve earned this spot that I have, and the way that I feel about the negotiations. I’ve given a lot.

I’ve given a lot with the money — more than I wanted to give in order to make this fight happen. Not because I need this fight, it’s just the fight that the network seems to want.

It’s a fight that Edwin has gone on the record plenty of times about and said, “that’s the fight that I want with Ward.” So it’s not that difficult to make a fight. He’s making a lot of money in this fight.

Some people may say, “well, why do you care what he makes?” It’s because the more that he makes, the more that comes out of my pocket, so it’s my business in situation, with him being on the B-side.

It’s my business to know what he makes and to make sure that I’m getting what I’m supposed to get and what he’s supposed to get. With that being said, man, it’s not that difficult.

I literally worked out tonight, had my manager, James Prince, bring the bout agreement. I signed it, and, now, the ball is in his court. It’s not that difficult to make a fight if you really want to fight.

You know, I think I’ve heard him tell some people tonight that the fight is off and this and that. I mean, I’ve done my part. I’ve signed the bout agreement tonight.

RingTV.com: Was this all far from what you expected out of your trip this weekend?

AW: I’m not concerned about all of that stuff, man. I feel like I know my lane and I know what I should be doing and what I shouldn’t be doing, and I don’t feel like I crossed any line, man.

I don’t see a problem with it, man. I think that if there is some type of negative reaction, then I think that it’s overreaction, because, to me, it wasn’t a big deal. 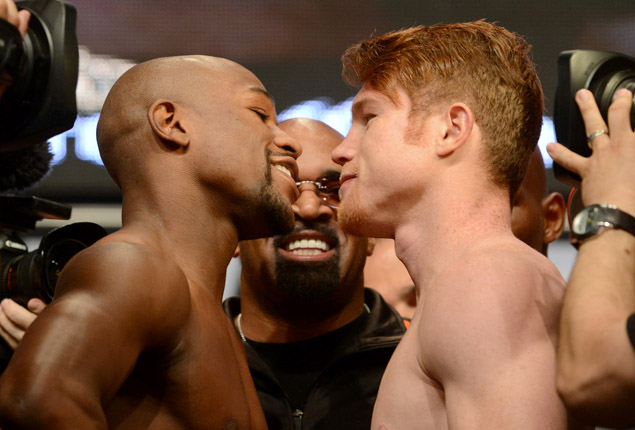 RingTV.com: Why don’t we close with an explanation of where you will be tomorrow and what you will be doing?

AW: Tomorrow, I’m going to be at The Shoe Palace, one of my new sponsors, at The Fashion Show Mall before the fight. I’ll be signing autographs, taking pictures, and any media members who want to come, they’re welcome.

So, again, it’s just an opportunity for me to reach out and to be in touch with my fans. I did a meet and greet in Los Angeles and had a great turnout.

There are a lot of fight fans in town here in Las Vegas, and with me getting ready to start a deal with Shoe Palace, this was a natural fit. So that worked out.

I’ll also be having a signing in the Bay Area, so it’s just my job that, while I’m off, and while I’m dealing with these negotiations, I need to take the time and to do things like this for my fans.

It’s important for my brand and it’s just important in general. So I love these types of moments. I invite everybody out for a good time.