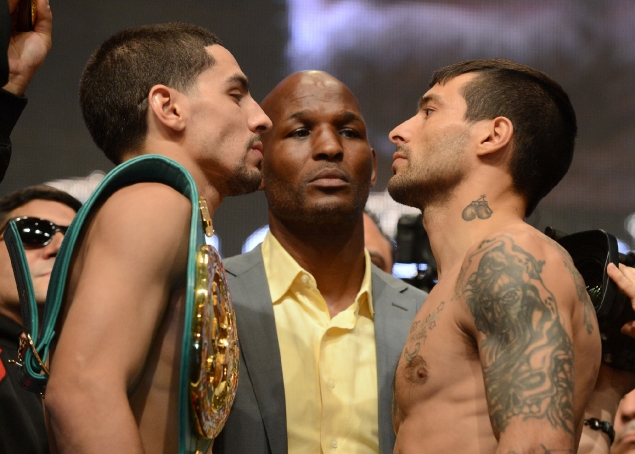 LAS VEGAS — If there is anyone who should have a solid perspective on Saturday night’s clash between RING junior welterweight champion Danny Garcia and No. 1-rated contender Lucas Matthysse, that person would be Zab Judah.

In April, Garcia scored an eighth-round knockdown on the way to a unanimous decision over Judah, who won a split decision over Matthysse in November of 2010 despite being dropped in the tenth round.

“I’ve been in the ring with both of them, and if I had to pick on skills, Danny’s got the better skills. Danny’s the more skillful fighter,” said Judah. “But Lucas has better timing, and we all know that in boxing, boxing is timing. So it’s timing against skills. It comes down to that.”

By an overwhelming, 30-4, RingTV.com’s experts chose Matthysee (34-2, 32 knockouts) to defeat Garcia (26-0, 16 KOs), with 26 of them predicting that Matthysse would score his seventh straight stoppage win.

While Judah agrees that Matthysse packs a wallop, he indicates that Garcia’s power should not be overlooked. 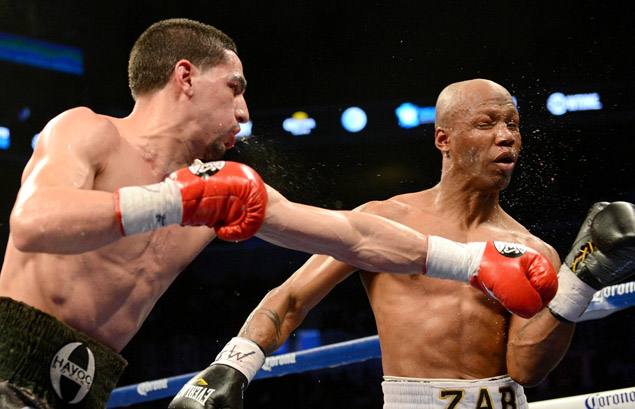 “They can both crack. Danny’s got decent timing, and good timing where he can create so many knockouts. But Lucas, Lucas has a lot more knockouts,” said Judah.

“Everybody in boxing knows that to have knockouts the way that he has them, you’ve got to have good timing. People don’t give Lucas enough credit on that timing part. Timing is boxing, and if you have timing, you’re good.”

Danny Garcia’s vocal father and trainer, Angel, believes that Judah would easily have beaten Matthysse had he been as motivated as he was for the matchup with his son.

“If Zab would have been in the shape he was against Danny when he fought Matthysse,” said Angel Garcia, “he would have destroyed Matthysse, and he still beat Matthysse. We brought the best out of Zab, man.”

Judah agrees with that assertion.

“Angel was saying that ‘if Zab Judah would have had that same spark under him as he had for Danny fight, he might have knocked Matthysse out.’ I know exactly what he as saying, you know what I mean? That’s probably true,” said Judah. “There was a different level of hype for the fight with Danny. With Matthysse, there was no hype. It was just like, ‘Zab’s fighting Matthysse, let’s get in shape, y’all.”

“It was like, ‘we have a good thing going. Let’s go back at it.’ For the fight with Danny, every day, everywhere I went, it was like, ‘you better kill that dude.’ It was in my city, and everybody was behind me, and then it got personal to the people in the streets, so I understood what Angel was saying. He’s right, though. Maybe if I would have had that same spark, this big Matthysse train wouldn’t be going on right now.”

Judah also gives Garcia the edge when it comes to having been involved in the big fight atmosphere of a monster promotion, even though Matthysse’s knockout power may be the equalizer. 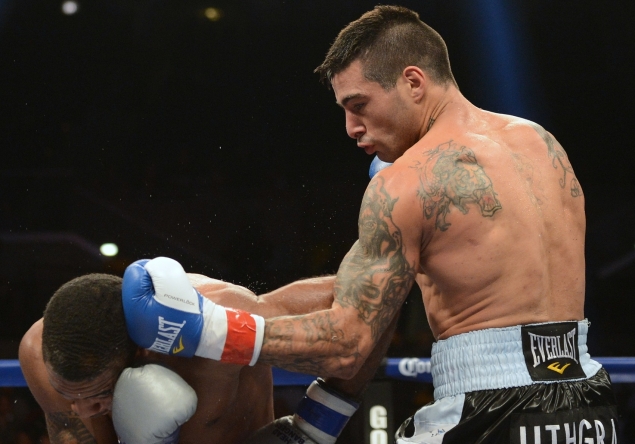 “Danny’s seen these bright lights a little bit more than Lucas has, but Lucas has a lot of knockouts. I know that knockouts don’t define a person and the character of a fighter, but it shows a lot. So Danny’s got to know, and Angel’s got to know,” said Judah.

“It’s the same thing, vice versa, with the Lucas camp, they can’t take anybody lightly. You can’t take a chill pill at any time. Danny’s looking to take that hook and knock Lucas’ head back to Argentina, and Lucas is ready to knock Danny’s head back to Philadelphia.”

Judah also addressed the knockdowns he suffered during each fight.

“I don’t want to sound bitter or anything, but if you look at both knockdowns, the knockdown against Matthysse, I took a knee because my eye was swollen and he was rushing at me. He’s a hard puncher, so why am I going to just stand there and get hit with a punch out of nowhere for? That’s silly. So I took a knee to protect myself. In the Danny fight, I got up with my hands out,” said Judah.

“I threw a punch, he threw a punch, and I went down. But I got up like, ‘a knockdown? Come on.’ Nevertheless, both guys are good fighters. If I had to give the edge on strength, I would give to Matthysse. Matthysse does have good physical strength on the inside. I remember that one time, on the inside, I hit him with an uppercut — boom! That’s my signature punch, and he just looked at me.”

Although he can’t pick a winner in the end, Judah does not expect the bout to go the full 12 rounds.

“It’s just going to be crazy. I don’t see this fight going the distance. They’re two, dynamite punchers, and there’s some animosity there,” said Judah. “Danny has a point to prove, and Lucas, it’s the same thing for him. He’s got to step up and show the world why he’s worthy of the reputation he’s gained with that knockout puncher. We’ll just have to wait and see.”