Porter looks to climb out of welterweight shadows against Diaz 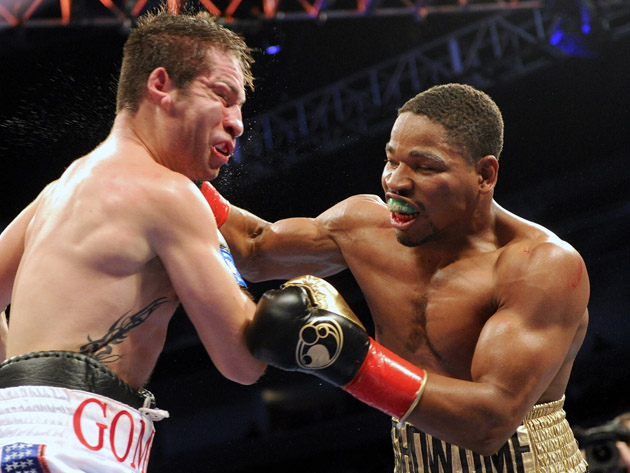 In an individual sport where you are your own product to sell, Shawn Porter understands that familiarity is integral to his branding.

It’s a day before he’ll weigh in for his Fox Sports 2-televised rematch with Julio Diaz in Las Vegas, but he’s still flashing his million dollar smile and sporting his trademark headband.

“I’ve always wanted it to be my thing,” said Porter of his fashion choice. “I’ve had people come up to be like, ‘hey, aren’t you Shawn Porter? I didn’t recognize you without the headband. I’m like the Lebron James of boxing.”

Inside the ring, Porter (21-0-1, 14 knockouts) has developed a recognizable style as well. A short, compact welterweight with a penchant for throwing aggressive flurries, the Ohio native has drawn comparisons to Shane Mosley throughout his career. At his best, he resembles the 5-foot-7, 147-pound football player he was in his younger days, chomping down on his mouthpiece and fighting with something to prove.

“One thing about me, I’ve always been really aggressive in anything I’ve done. Whether that be football, boxing, whatever. A lot of times I get ahead of myself and get too aggressive,” said Porter. 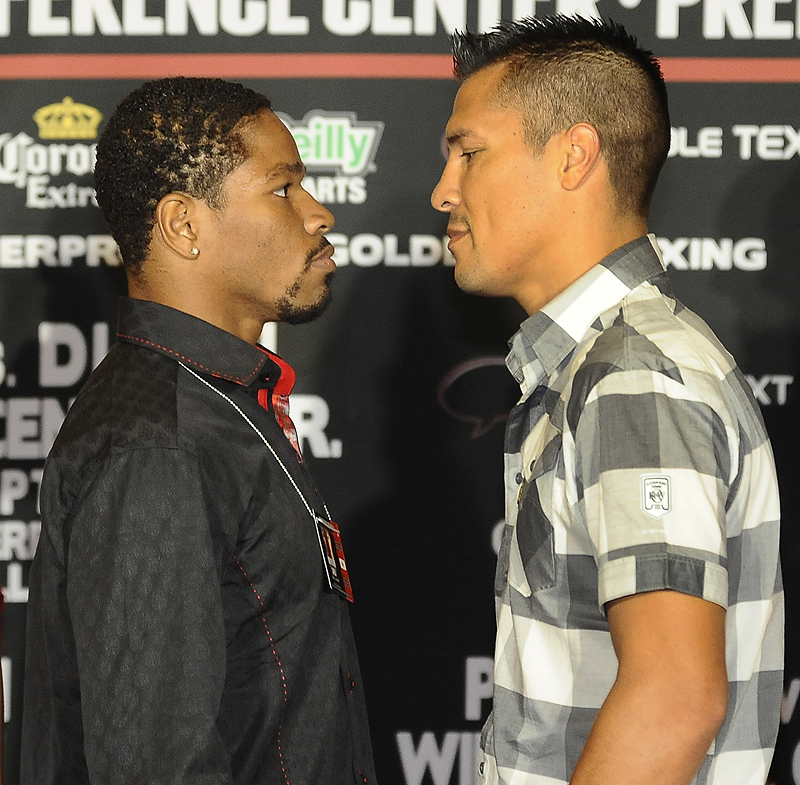 Last December when he faced Diaz (40-8-1, 29 KOs) for the first time, though, he didn’t resemble himself whatsoever. The bout was a tentative affair that never fell into a rhythm. Porter found success in the early going, but had a little difficulty landing with consistency. The fight was scored a draw, with scores of 96-94, 95-95 and 94-96, and represents the only blemish on Porter’s record.

“As soon as the fight was over, the whole camp was saying ‘we’ve gotta get him back.’ Not too far after that, we were looking ahead to someone else. Honestly, the draw didn’t stay in the back of my mind to the point that I needed it, but I knew it would come one day. It got to the point where my manager – my advisor, Al Haymon – said Diaz is the only one we could get. And I honestly didn’t shrug any shoulders; I didn’t say, ‘find me someone else,'” he said.

After watching the fight tape dozens of times, Porter and his team came to the conclusion that he needed to vary his attack and, in particular, throw more shots downstairs.

“Not to give anything away, but you’re gonna see some body attacks on Thursday,” said Porter. “I’ve got all the skills, all the tools, it’s just a matter of putting them all together on that night.”

Six months after the stalemate with Diaz, Porter did put it all together, routing Phil Lo Greco on Showtime and dropping him in the 10th round. The former amateur standout lost just one round on one scorecard that night, and erased some of the lingering disappointment.

In hurting Lo Greco, he showed that he may finally be maturing into the welterweight division. Porter began his career as an even shorter, stockier junior middleweight, but decided to drop an extra seven pounds and campaign at 147 instead.

With more favorable physical matchups for him at welterweight, he can be more than just a feisty speedster looking to outwork his opponent – he can put some mustard on the shots as well.

“The speed and the quickness is there, but one thing we’ve really been working on the last few fights, the last few camps, is the power aspect of my game. Just along with losing that weight, knowing that I’m going to be faster and stronger than everybody, it seems like that quickness and that speed is the one part that I seem to take advantage of,” said Porter.

The 25-year old has had the luxury of molding his identity as a fighter in the boxing mecca of Las Vegas, shifting camp from his native Ohio to Sin City full-time. Along with friendlier conditions for road work, a move out west brings with it a host of new training opportunities, and a whole world of new sparring partners. For this 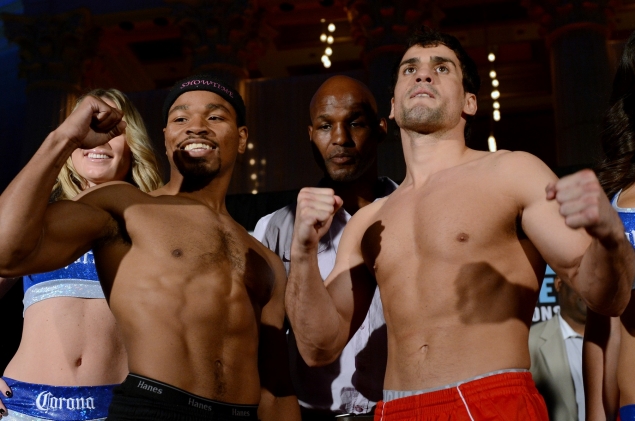 camp, Porter enlisted the help of junior middleweight journeyman Roberto Garcia, whom he calls “the best sparring partner he’s ever had.”

That’s high praise from someone who spent several camps in the Wild Card with Manny Pacquiao. Now that he’s in Vegas, he’s continued to hang around the best in the world – and his division, specifically – spending the bulk of his time at the Mayweather Boxing Club.

“That’s what I’ve taken the most out of being in the gym. I got an eye opener just to see how much it takes to get to that point and stay at that point,” said Porter.

He’ll be on the periphery of Floyd Mayweather this week as well, as his fight Thursday is the de facto “launch” of Mayweather-Canelo Alvarez fight week in Vegas, warming up the MGM Grand for the big one over the weekend.

Originally, his team and Al Haymon had angled to be on the pay-per-view card, and it was looking promising until the Danny Garcia-Lucas Matthysse clash came to fruition and landed as the co-feature.

“It’s the main event at the MGM. I have my own show. I’m gonna call my own shots that night,” said Porter, who will be ringside on Saturday night as well. “I look forward to being able to just kick back and watch (Mayweather-Canelo). Take some pictures, eat some nachos that I wouldn’t normally be able to eat. Hopefully this week’s as fun as I think it’s going to be.”

Assuming he’s eating his Tex-Mex in joy and not disappointment, Porter could be looking towards a significant fight in his next outing. It wasn’t long ago that whispers were heard of a potential matchup with IBF welterweight titlist Devon Alexander, which remains a real possibility thanks to his No. 7 rating within the sanctioning body. Both men are under the same promotional banner, so if it were determined to be an exciting, marketable matchup, it could very well happen.

Ever the salesman, Porter knows that there’s no better time to market himself than on the biggest fight week of the year.

“We’re gonna continue to throw our name out there. Cleveland, scream it loud. I keep saying the championship is coming soon, and I’m gonna keep saying that,” said Porter.