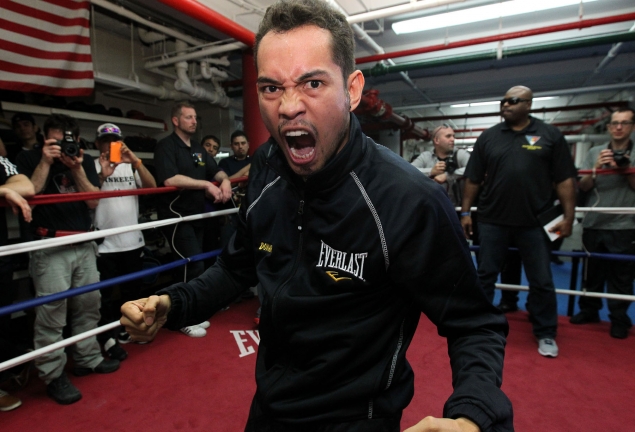 Arum said that the card will also feature a junior middleweight clash between Vanes Martirosyan and Demetrius Andrade for the WBO’s vacant belt, and will be held at The American Center in Corpus Christi, Texas.

“The boys tell me that Vic Darchinyan against Donaire is done, but that the contracts are still en route. Vanes and Andrade is done, and Martinez and Garcia is being finalized,” said Arum on Friday afternoon.

Donaire (31-2, 20 knockouts) was dethroned as RING 122-pound champion and WBO beltholder in his last fight by Guillermo Rigondeaux, who also holds the WBA title.

Darchinyan (39-5-1, 28 KOs) has won two straight since losing consecutive unanimous decisions to Anselmo Moreno and Shinsuke Yamanaka, and is coming off a fourth-round stoppage win over Javier Gallo in May.

Garcia was overweight prior to his contracted 126-pound bout with Lopez, costing him his WBO belt at the scales.

Martinez was last in the ring for a split-decision victory over previously unbeaten Diego Magdaleno in April that followed a split-draw with Juan Carlos Burgos in January.

“It’s a terrific card and a great night of boxing,” said Arum, “and I commend HBO for stepping up to the plate and doing a triple-header with all of these talented fighters.”