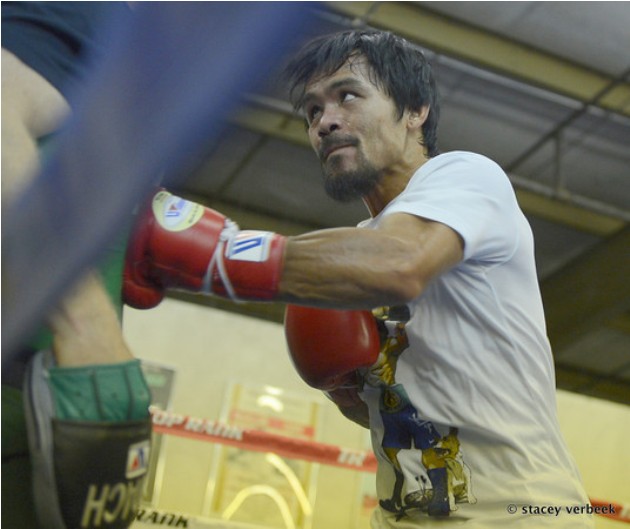 Manny Pacquiao is working with an inventor in Ottawa, Canada, in an attempt to bring a new way of producing hydroelectric energy in his native Philippines, where he is a congressman.

The small, rolling drum-like device called the Waterotor, created by Fred Ferguson, CEO of Waterotor Energy Technologies, is capable of harnessing energy from water currents moving at just one to six miles per hour and converting into electricity.

Ferguson claims that “the device is the only one in the world that can achieve a high level of energy efficiency at these speeds.”

Ferguson has invented 10 and 20 kilowatt units, adding that the latter could power about 10 homes per year at the North American standard of energy consumption.

Nothing has been finalized, but Ferguson and Pacquiao are reportedly considering a deal valued at $100 million in The Philippines, where there are more than 15 million people without electricity, according to the World Bank.

“I think it’s going to end up as a joint venture between [Ferguson] and us,” said Pacquiao’s advisor, Michael Koncz, according to the Ottawa Citizen.

“It’s a tremendous help, because there are still a lot of people, especially in [Pacquiao’s] region of Sarangani, that don’t have electricity. So this will be our pilot project to expand it throughout Asia.”