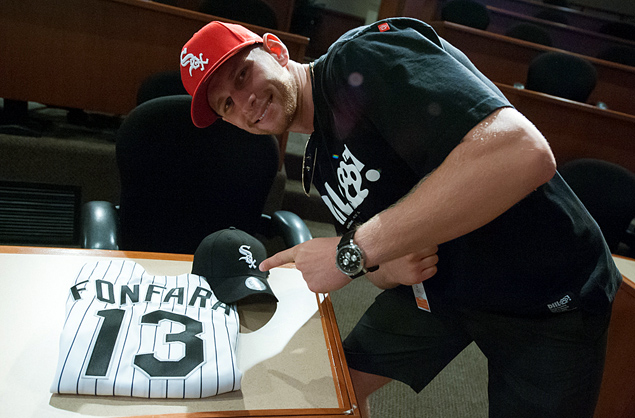 Andrzej Fonfara first arrived in the United States as a lanky 6-foot-2 welterweight. Over the past seven years, Fonfara has grown into his body and is currently climbing the ranks of the light heavyweight division.

On Friday night, Fonfara fights in his adopted hometown of Chicago against former titleholder Gabriel Campillo in what will be the Polish-born fighter’s toughest test to date. The bout headlines one of ESPN2’s final Friday Night Fights of the season.

The fight is the definition of a crossroads bout. Two fights ago, Campillo was brutally knocked out by Sergey Kovalev, who will challenge for his first title on Saturday against Nathan Cleverly.

Fonfara, on the other hand, hasn’t lost in five years and emerged as a fringe contender last July when he soundly outpointed the 43-year-old Glen Johnson on Friday Night Fights.

Chicago has always been a welcoming place for arriving Poles. For Fonfara, his dream of coming to the States was partially motivated by countryman Andrew Golota, the former many times over heavyweight title challenger.

“As a small kid, I would wake up at 4 or 5 in the morning when he fought over here in order to watch his fights,” said Fonfara in a phone interview with RingTV.com.

“One of my dreams was to come to Chicago and fight on a big show, and the opportunity is here.” 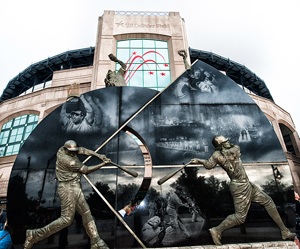 Friday’s card takes place at U.S. Cellular Field, home of Major League Baseball’s Chicago White Sox. The last major fight to take place at a baseball park was when Miguel Cotto fought Yuri Foreman in Yankee Stadium three years ago. Fonfara isn’t the multi-divisional world champion Cotto was, but he has proven to be the kind of ticket seller the Puerto Rican was in New York.

Fonfara has fought 12 of his last 13 fights at the UIC Pavilion, and the place has become home to one of the best atmospheres in boxing. Dominic Pesoli’s 8 Count Productions has helped cultivate an impressive boxing fanbase thanks in large part to use of Polish fighters, of which there is a huge contingency in Chicago.

If Fonfara can fill U.S. Cellular Field anything close to what he does at the UIC, it will prove boxing is booming in Chicago.

When Fonfara fought Johnson last year, he was regarded as the underdog despite an almost 20-year edge in youth. This time, Fonfara is a 2¾-to-1 favorite over Campillo.

“I don’t feel pressure, I feel more motivation,” said Fonfara in regards to if it is more difficult being the favorite rather than the underdog. “When I fought Glen, nobody thought I could beat him. Now I have a second chance to be seen and I’m happy about that.”

A win could position Fonfara for a shot at one of the four recognized belts. Given the size of his fanbase, Fonfara could be seen as an attractive opponent to one of the light heavyweights in the division without much of a following.

If he gets the opportunity, Fonfara hopes to pick up where Golota was unable to succeed, and deliver a world title the way fellow Pole Tomasz Adamek has. 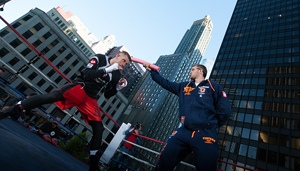 Fonfara showed in his last fight he’s got similar courage to Adamek. In the first round, Fonfara dropped Tommy Karpency, breaking his right hand in the process. He boxed the next six rounds with one hand before Karpency suffered an injury and couldn’t continue.

“I don’t like to say I’m like Golota or like Adamek because I’m Andrzej Fonfara,” said Fonfara when asked about a comparison between him and fellow Polish fighters. “The main thing is to beat Campillo, and then hopefully get a big opportunity, which I’d make the most of.”

The light heavyweight division is currently in flux; an impressive win like the one Kovalev scored over Campillo puts him near the front of the line for a big fight.

“This is a big fight and if I win, I think I’m ready to be world champion,” said Fonfara. “I’m in great shape and there will be no excuses not to deliver a great performance.”