FROM THE ARCHIVE: Conclusive 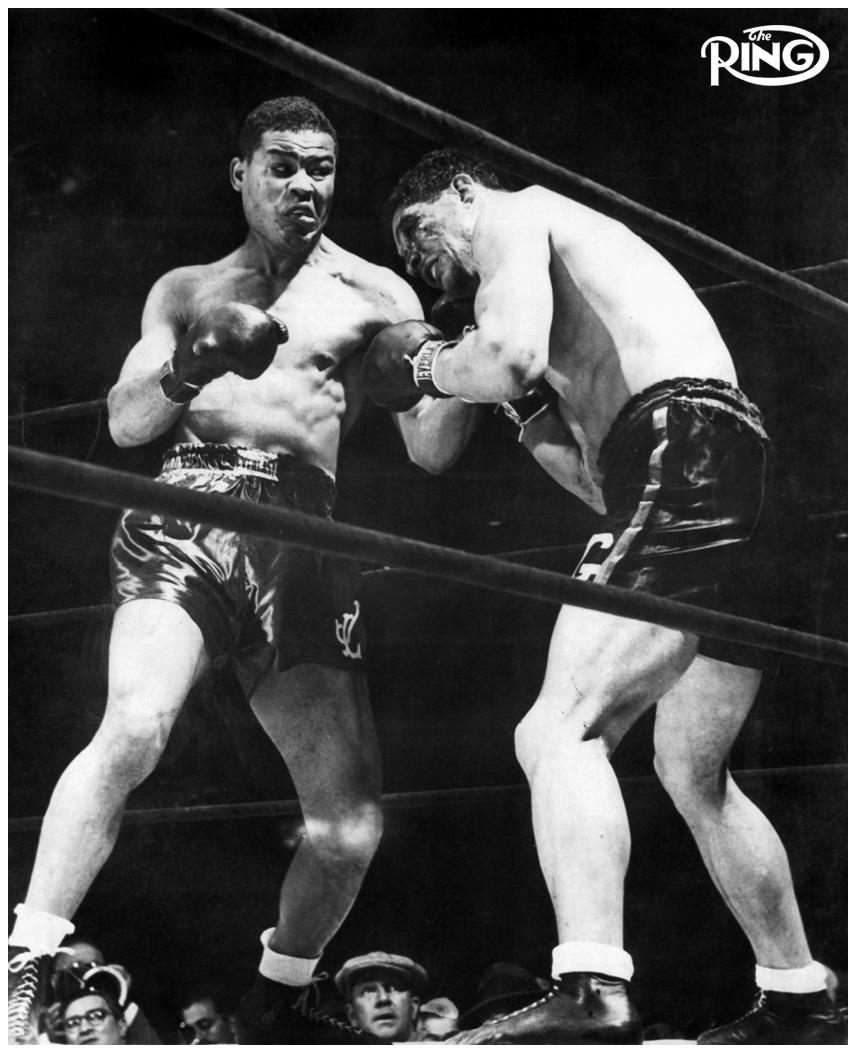 CONCLUSIVE: The first time he met Joe Louis in the ring for the heavyweight championship, Arturo Godoy lost a split decision but scored a moral victory by going the distance. Not so in the rematch four months later, on June 20, 1940, at Yankee Stadium. The Brown Bomber butchered the Chilean, putting him on the canvas three times before referee Billy Cavanaugh stopped the bout in the 8th round. Godoy still wanted to fight, though, and had to be restrained as he tried to get at Louis in his corner.