Bellew blasts Stevenson, Cloud and ‘the other fella’ 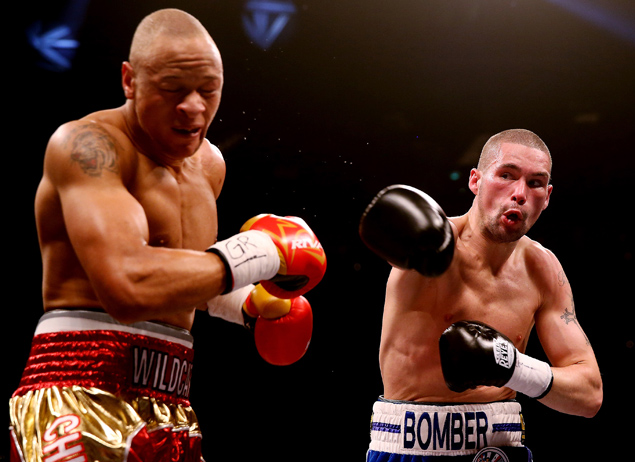 Tony Bellew catches Isaac Chilemba with a right hand during their WBC final eliminator bout at the O2 Arena on May 25 in London, England. Bellew won the fight by unanimous decision and is in line to face the winner of the WBC title bout between RING champ Adonis Stevenson and Tavoris Cloud.

It was recently confirmed that THE RING’s No. 7-rated light heavyweight Tony Bellew will meet the winner RING and WBC champ Adonis Stevenson’s proposed voluntary title defense against Tavoris Cloud.

Stevenson and Cloud, THE RING’s No. 4 contender, are supposed to collide in September and the British star will be present at ringside to see what transpires before his own date with destiny arrives on Nov. 30.

Bellew (20-1-1, 12 knockouts) was unusually quiet in the lead up his May rematch with the talented Isaac Chilemba, which he won by unanimous decision.  Still, fans will be pleased to know that normal service has resumed and he is back to his volcanic and outspoken self. 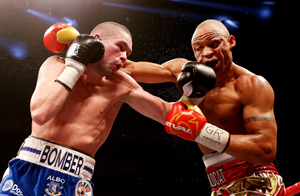 “Any fighter I’m in against is shocked when I land flush,” barked the Liverpool ace.  “Chilemba looked at me like, ‘f__k that,’ when I tagged him for the first time and then he ran away from me for 24 rounds.

“Adonis Stevenson will feel something he has never felt before when I hit him.  This guy is just a midget and he will struggle to get anywhere near me.”

Like the majority of people within the sport, the enigmatic Bellew believes that Stevenson will have too much for Cloud and is already anticipating mixing it up with the rocket-punching Canadian lefty.

That said “The Bomber” is leaving the door open for U.S. hitter, Cloud, who is a former IBF titleholder.

“I pick Stevenson,” Bellew told RingTV.com, “but if the fight goes past six or seven I worry for him because he hasn’t been tested in the second half of a contest.

“Ultimately, I don’t see that being a factor because I think he’ll stop Cloud in the first four rounds. We know Cloud has a good chin but I don’t think he’s come up against a fighter with this type of explosiveness.

“Stevenson is dangerous early and Cloud is a slow starter, which could be his undoing in this one.”

Sixteen months ago Bellew targeted the WBC light heavyweight title and was convinced that he would eventually face veteran Chad Dawson. Stevenson put paid to those plans with an electrifying 87-second knockout last month.

“I want Stevenson,” stated Bellew. “He beat the man at light heavy and he’s the RING champion. I want him to do a destructive job on Cloud and then I’ll take him on with the odds stacked against me.”

Bellew continued: “Cloud is a disappointment in my eyes. He gave up against Hopkins and I couldn’t believe that because the old man can’t fight for three minutes of a round anymore.

“If you’re behind on points then take a chance and go out fighting. Cloud gave away the IBF title and that is unforgivable.”

So what if the unlikely happens and Cloud, as Stevenson did, defies the odds in September?

“The WBC has stipulated that no matter who wins I get to fight for the title,” affirmed Bellew. “If it’s Cloud so be it and if it’s Stevenson the fight will definitely happen in Quebec City. I will get my shot regardless.”

So is Bellew’s confidence real when he talks about facing hot favorite Stevenson, or is it bluster?

“I know for a nailed on fact that I’m going to deal with Stevenson,” snapped Bellew. “It’s going to take a few rounds but at the end of the day I’ll win that fight in style.

“He’s not prepared to deal with someone as big, strong or as consistent as me.  I’ll have a brilliant game plan in place and I already know half of it because I’ve thought about this fight a million times over. There will be some rocky moments but I have what it takes to beat Adonis Stevenson.”

Bellew did studio analysis for Sky Sports when the Canadian shocked the world against Dawson but makes it crystal clear that the “Superman” moniker is far from appropriate. 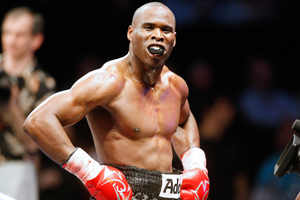 “I always said Stevenson had a puncher’s chance,” stated the Liverpool ace.  “He is highly dangerous and so it proved but I was surprised that Dawson didn’t give him the respect he deserved. Personally I don’t think Stevenson is all that and I would love to get my hands on him.

“He got a title shot through pure luck and let’s not forget this guy is really a super middleweight. He was mandatory challenger for Carl Froch but Carl elected to unify at 168 pounds and that was that.

“Stevenson only got Dawson in the ring because the Jean Pascal fight fell through. He filled a void, whereas I came through hard fights and eliminators against top quality opposition like Roberto Bolonti and Isaac Chilemba.

“I give Stevenson his due for knocking Dawson out but he did not earn the right to be there in the first place.”

One thing that Bellew does not need to worry about prior to this world title challenge is preparation. The power punching Brit is a gym rat and has been training brutally for well over a year.

“Over the past 16 months I’ve been the most active light heavyweight in world boxing,” remarked Bellew. “I’ve engaged in five 12-round fights, with three of them going the distance, so I couldn’t be happier.

“That type of activity is off the Richter scale.”

Another British light heavyweight due to take part in a dynamite fight is unbeaten WBO titleholder, Nathan Cleverly.  The RING’s No. 2-rated 175 pounder meets Russia’s Sergey Kovalev, ranked No. 3, in Cardiff on Aug. 17 and many feel the champion has bitten off more than he can chew.

Somewhat surprisingly Bellew, who refers to Cleverly contemptuously as “the other fella,” believes his arch rival wins this fight hands down.

“I see the other fella beating this guy easily,” said Bellew. “Kovalev has two good wins over Cornelius White and Gabriel Campillo but White didn’t match up well against him and Campillo has been ripped off twice in fights with (Tavoris) Cloud and Beibut Shumenov.

“Campillo is a good fighter but mentally he could be damaged goods after being robbed.”

Bellew dropped a majority decision to Cleverly on October 2011 and still believes there is unfinished business between them.  The Bomber” couldn’t resist having a pop at his old enemy but did acknowledge one of the Welshman’s formidable attributes.

“The thing about the other fella is he has an outstanding work rate and he just keeps throwing shots,” said Bellew with a touch of resistance. “He doesn’t have a clue what to throw but he keeps his moving his hands and that can be difficult to fight against.

“I only see him losing to Kovalev if he gets caught with something silly.”

Still, the immediate future for Bellew is Stevenson or Cloud, and the former British and Commonwealth champion was asked to break down the prospective match ups.

“I’d box a similar fight against both,” said Bellew. “I would be tentative early, then step it up and pick them apart. If it’s Cloud then, based upon what I seen of him against Hopkins – I’ll box him to bits.

“If it’s Stevenson then there’s no way I’ll allow that midget to get close to me and if he does I’ll make him pay for it.”