Q&A: Morgan ‘felt so bad for’ Berto against Soto Karass 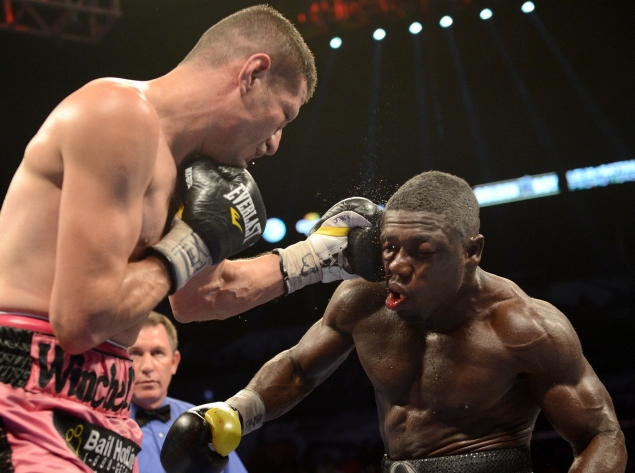 Trainer Tony Morgan said he has experienced a range of emotions since February, when former two-time welterweight titleholder, Andre Berto, announced that he and Morgan were parting ways, ending an association with the man who coached him through the amateurs and who first met him when he was 9.

Although their 20-year partnership had produced two title-winning efforts as well as a berth on the 2004 Haitian Olympic Team, Berto, at the time, had gone 1-2 in his past three bouts. Sandwiched around a fifth-round knockout of Jan Zaveck, Berto lost unanimous decisions to Victor Ortiz and Robert Guerrero, with the latter setback ending a 15-month ring absence in November of last year.

“There are stages of emotion that you go through when things like this happen,” said Morgan. “First, there is, I guess, shock, then anger and then your real emotions set in.”

Sadness was the most prevalent emotion felt by Morgan last Saturday as he watched Berto (28-3, 22 knockouts) get knocked out for the first time by rugged journeyman Jesus Soto Karass on Showtime.

Soto Karass (28-8-3, 18 KOs) rose from an 11th-round knockdown to drop and stop Berto — who was in his first fight under Virgil Hunter — in the final round of the bout.

“Everyone else thought that I would be laughing my ass off,” said Morgan. “People I respected at one time were texting me about that. But I ain’t gonna lie. It was all I could do to keep from crying. I felt so bad for him.”

Morgan shared his complete thoughts on Berto, their relationship, and the fighter’s future in this Q&A:

RingTV.com: Your thoughts as you watched Berto’s loss to Soto Karass?

Tony Morgan: I received a bunch of texts from a bunch of people who were actually saying, “Oh, I know that you’re laughing right now.” But I ain’t gonna lie, there are stages of emotion that you go through when things like this happen. First, there is, I guess, shock, then anger and then your real emotions set in.

So I guess that you go through those stages. I was at a stage, when, I guess that everyone else thought that I would be laughing my ass off. People I respected at one time were texting me about that. But I ain’t gonna lie. It was all I could do to keep from crying. I felt so bad for him.

Because I’m a different dude, man. I know this business. It’s an ugly business. It’s ugly. I mean, there are people that you talk to, and it seems like, almost on a daily basis, but when s__t starts going badly, they don’t pick up your phone calls. Very few people stay true in this game.

But I’m always going to be one of them that remains true. I’ve promised myself that. But the way people can be, it’s pretty sad. Anyway, though, when it’s all said and done, man, watching Berto in that fight, I truthfully felt like crying. I love the kid, man, so I’ll never say nothing bad about him. I’ve never done anything to talk down on him or bad about him.

RingTV.com: Have you talked to or had any conversation with Virgil Hunter?

TM: Here is the thing. I don’t dislike Virgil, and everyone has their own way of doing things. We had a little clique of trainers all through the amateurs that we called “The Coalition.”

It was me, Barry Hunter, who trains the Peterson brothers [Lamont Peterson and Anthony Peterson] and Andre Rozier, and Virgil was kind of part of it. I always respected and liked Virgil and we were always together.

It was just like Berto, the Peterson brothers and Andre Ward, Curtis Stevens, that clique was kind of like, we worked together and we played together. That was like our little clique in the amateurs.

I always respected Barry Hunter and Andre Rozier, and they’re always going to be my boys. Me and Virgil were never really close, but I always respected Virgil. I always liked him as a coach and and I always thought that he did a tremendous job with Andre Ward.

RingTV.com: What were your thoughts on Berto’s performance?

TM: There are things that I know about Berto that nobody will probably ever know about Berto. I could tell in his eyes that it wasn’t there, and that his demeanor wasn’t what it could have been.

I could just tell that there was a difference in his eyes. It was just different than I’ve seen before. I’m not saying that it was anything good or bad. His performance, he’s kind of been stuck in a rut of where a lot of people say, “Oh, he ain’t got no chin.”

But I’m going to tell you right now, I’ve seen Andre Berto get hit so many times flush. I truly, truly think that it’s his re-hydration, it’s his eating. Because when we were in camp, and he fought Jan Zaveck, Jan Zaveck was landing some bombs on him, and they were worrying me.

I was like, “Bert, you’re getting hit with too many shots.” But he was like, “Man, I don’t feel any of them.” Never did he act dazed or buzzed, and he was walking right through Jan Zaveck.

RingTV.com: Do you see Berto as being done? Does he have to do some soul searching, or what do you see next for Berto?

TM: I don’t think that he’s done at all. People might say that I’m saying that because he’s my guy, or that I want him back. But Bert’s going to go and do whatever he wants to do, just like he has done.

I’ve always told people this, and that’s that there is nobody who can steal your fighter. I’ve never had a contract with any fighter to be a trainer, and nor will I ever.

I’ll tell you right now, as soon as this article is read by my wife, she’s going to curse me out again. But, I can tell you that I think that if you do your job, the fighter is going to be where he needs to be.

People may say, “Oh, you stole my fighter,” but I just don’t think that’s true. I think that your fighter left you either because he thought that he saw something better, or that he thought you weren’t doing what you should be doing.

RingTV.com: What would you say to Berto if you were with him today given what has happened?

TM: Me and Bert, if we sat down and we talked in a room, I would probably just bulls__t with him. We might not even talk about boxing, because he’s needed to clear his head. He’s got stuff going on in his head. Obviously, there is something, mentally, that is discouraging him. I don’t know what it is. Maybe he’s taking on too much, I don’t know. 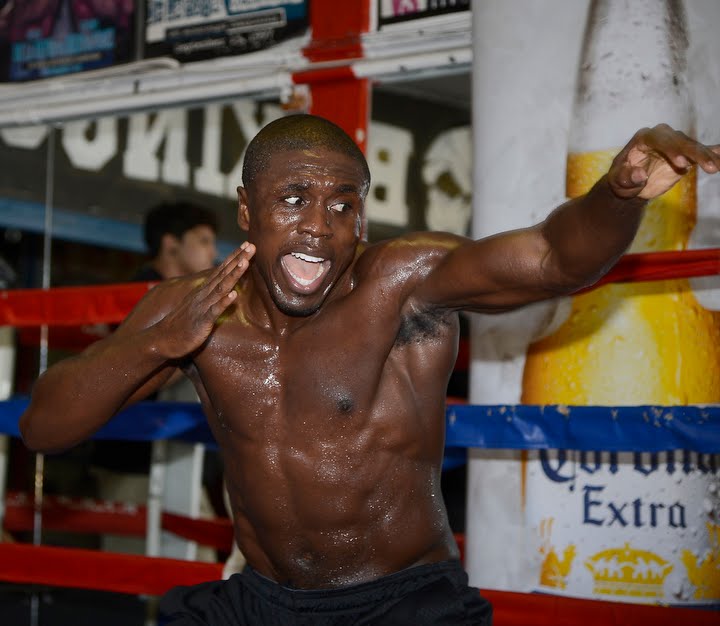 I think that there are certain people that are perfect for each other. I truly believe that everyone has a perfect match, and if Berto feels that he hasn’t found his, then he needs to keep looking. I want to say this for all fighters — and this is from Joe Tarver, a friend of mine — he said, sometimes a fighter has to ask himself “is it the man in your corner or the man in the mirror?”