Eddie Chambers and the cruiserweight conundrum 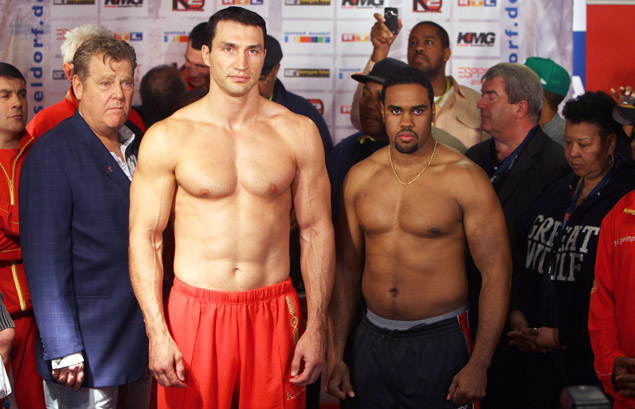 People have been telling Eddie Chambers to lose a little bit of weight his entire career.

The Philadelphian rose to prominence as an undersized, yet heavyset contender in the heavyweight division. Chambers had an impressive, slick style unseen in the big-man ranks, but most believed he was simultaneously too small and too big to realize his potential.

After losing to the division’s best – Wladimir Klitschko, Alexander Povetkin, and Tomasz Adamek (in controversial fashion) – Chambers seemed to have reached his peak as a heavyweight.

It was time to take everyone’s advice.

For the first time in his career, he will enter the ring below 200 pounds, making his cruiserweight debut against Thabiso Mchunu on Saturday night. The bout is the main event of NBC Sports Network’s Fight Night, promoted by Main Events.

“The real reason for me to do it was not because of conditioning. I’ve always been in great shape, regardless of the look,” explained Chambers. “The heavyweight division is just kind of jammed up. You’ve got the Klitschko brothers, and those guys are really, really big. Not to say that I can’t compete with those guys, because I’ve already done that, even though I lost the fight. It’s 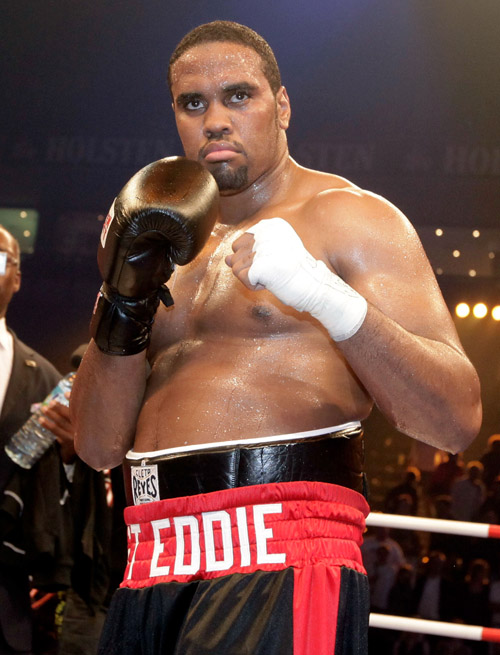 more trying to shake it up, doing things I should have done earlier in my career.”

The 31-year old has always been defensive about his conditioning. As he puts it, his build “has never been Holyfield-esque.” Indeed, the fact that he was so mobile a heavyweight and managed to go the distance with elite fighters is ammo for his argument. However, he does admit that a change in dietÔÇönow a mostly vegan regimenÔÇöhas allowed him to shed a few pounds and improve aesthetics.

Without ever having stepped in the ring at the weight, Chambers (36-3, 18 KOs) is already viewed as a threat at cruiserweight. Theoretically, the move will answer the question that floated around during his heavyweight days: What if he was fighting guys his own size?

His reasoning for moving down in weight is to solve that, rather than to garner recognition for his abdominal region — there’s always Instagram filters for that anyway. Rather, he wants recognition in the form of something wrapped around his waistline.

In a boxing sense, cruiserweight titlists may be world renowned, but they certainly aren’t in the United States. Not since the cruiserweight reigns of Evander Holyfield and Dwight Muhammad Qawi has the division enjoyed any sort of lustre in America. James Toney’s stint in the division was mostly televised domestically, as was Tomasz Adamek’s, but the boxing public in the U.S. of A. has never been on the hunt for the next cruiserweight hopeful.

But there is an argument to be made that cruiserweight is the optimal weight class for the mainstream audience. Many of the “glory days” heavyweight scraps were contested in and around the cruiserweight limit. Fighters such as Joe Louis, Jack Dempsey, Floyd Patterson and Rocky Marciano could have been cruisers 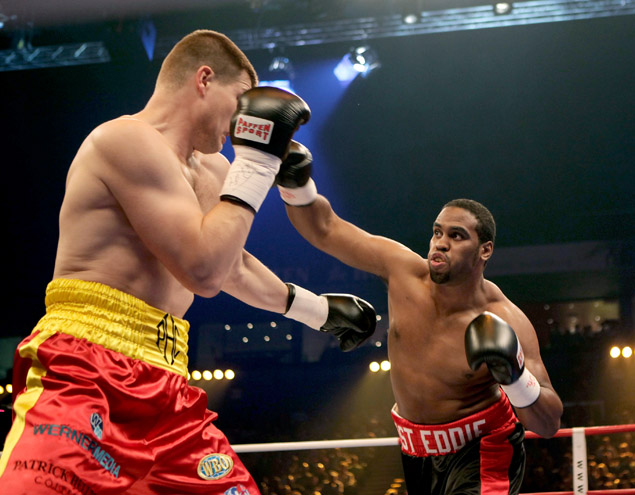 It would seem that the 200-pound weight limit is the perfect blend of big, explosive athletes, without the possibility of egregious weight mismatches.

“Why can’t we just get a name change? That would shake things up totally. Then we could call the heavyweight division what it is: Super heavyweight,” suggested Chambers.

Though it would improve parity, it is debatable whether a moniker change would help in the popularity department. The division was briefly branded “junior heavyweight” by the WBA in the 1980s, thinking that “heavyweight” in the title would be more enticing to fans. Really, though, “junior” anything isn’t quite as appealing. Let’s face it: a junior cheeseburger (or veggie burger, for Eddie et al!) isn’t inherently as appealing as the regular, or better yet, the “super” size.

What could help is just plain ol’ television exposure at any level in the country, which Chambers now has on NBC Sports Network under the Main Events roof.

If Chambers makes this work, it would be somewhat of an historical anomaly. Orlin Norris managed to have success at heavyweight before going on a two-year WBA title run with four defenses at cruiserweight between 1993 and 1995. Aside from “The Juice,” though, the list of heavies who have shrunk down is short, and those who have tried it — Leon Spinks, Toney — haven’t fared too well.

The list of cruiserweights and even light heavyweights who have moved up to heavyweight and had success is much longer and more distinguished.

Perhaps there’s time for “Fast Eddie” to add his name to both.

“You look at guys like David Haye and Evander Holyfield. You look at those guys’ smart management, and the right promotion. They’ve gone in the right direction. They started small, and then moved on up. I’m 31. I haven’t been taking a lot of punches, even though I’ve been fighting big guys. So I still have a lot left in the tank. I can have a reign here and then move back up,” said Chambers.