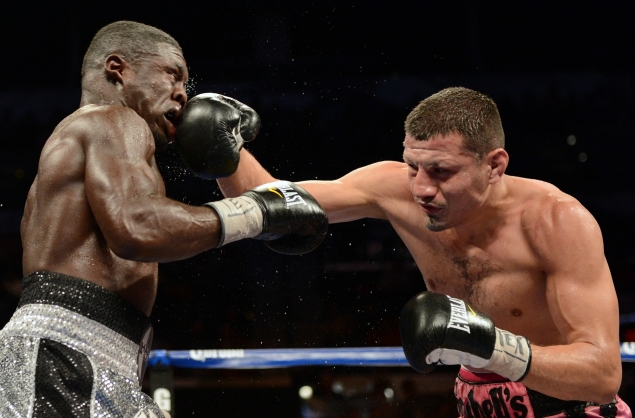 Tuesday’s replay will be on Showtime Extreme.

Soto Karass (28-8-3, 18 knockouts) rose from an 11th-round knockdown to drop and stop Berto (28-3, 22 KOs) in the 12th, scoring the first-ever knockout of a man whose other losses were by unanimous decision to Victor Ortiz and Robert Guerrero.

In another bout of the evening, welterweight Keith “One Time” Thurman (21-0, 19 KOs) scored knockdowns in the ninth and final rounds during his 10th-round stoppage of hard-hitting Diego Chaves (22-1, 18 KOs), coming up with his 10th knockout in his past 11 bouts, and ending Chaves’ stoppage streak at five consecutive.

Also, in a lightweight Fight of The Year candidate, prospect Omar Figueroa Jr. (22-0-1, 17 KOs) dropped Japan’s Nihito Arakawa (24-3-1, 16 KOs).once each in the second and sixth rounds of a brutal 12-round unanimous decision.