Griffith’s Ring of Fire to air Friday on MSG Network 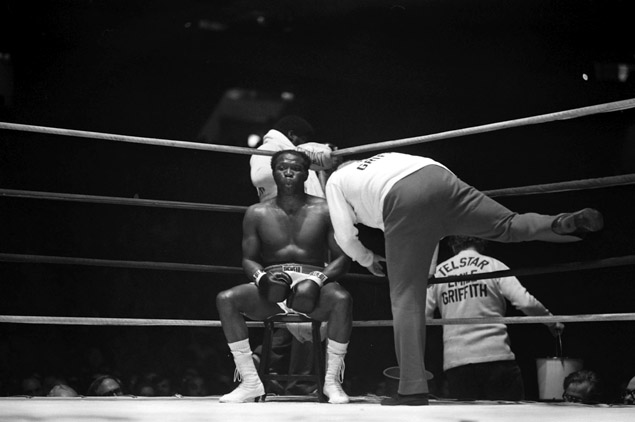 Ring of Fire, the story of six-time world champion Emile Griffith, who passed away at the age of 75 last Tuesday, will be shown on The MSG Network on Aug. 2 at 10 p.m., it was announced on Monday.

Griffith retired at the age of 30 in 1977 with a record of 85-24-2 that included 23 knockouts and the most championship rounds of any fighter in history. The Hall of Famer’s career spanned 19 years starting in 1958, and included titles in the welterweight and middleweight divisions at a time when boxing had just one champion per division.

Griffith fought an amazing 28 times at Madison Square Garden, including the controversial 1962 bout that resulted in the death of champion Benny “Kid” Paret, which is the subject of Ring Of Fire.

“Emile Griffith was courageous both in and out of the boxing ring, and fought more championship rounds at Madison Square Garden than any fighter in history,” said Daniel Ronayne, executive vice president and general manager of MSG Networks. “With his unfortunate passing last week, we are honored to bring this special film to our viewers.”

Griffith’s legacy includes an admission of his bisexuality in 2005 — which drew insults from Paret, who used a derogatory Spanish slang term for homosexual at the weigh-in before their third bout.

A 90-minute documentary, Ring Of Fire explores the resulting call for the prohibition of boxing, a near decade-long television blackout of the sport and, ultimately, the effect of Paret’s death on Griffth’s legacy.

“Emile had a joy and a thirst for life and he lived in a profoundly secret world in which he had to hide not merely love but pain, too,” said Klores producer of “Ring Of Fire.” “He was as great a world champion as Sugar Ray Leonard, [Thomas] Hearns, [Roberto] Duran, and [Carmen] Basilio.

“But it was the image of that night on network TV, of Benny Paret slowly falling to the Garden mat, beaten to death, which stayed with me since I was a 12-year-old boy that led Ron Berger, Lewis Katz and myself to make this film. What is especially noteworthy about the timing of this showing on MSG is, of course, the recent discussion about homosexuality in sport, spurred by NBA player Jason Collins.“