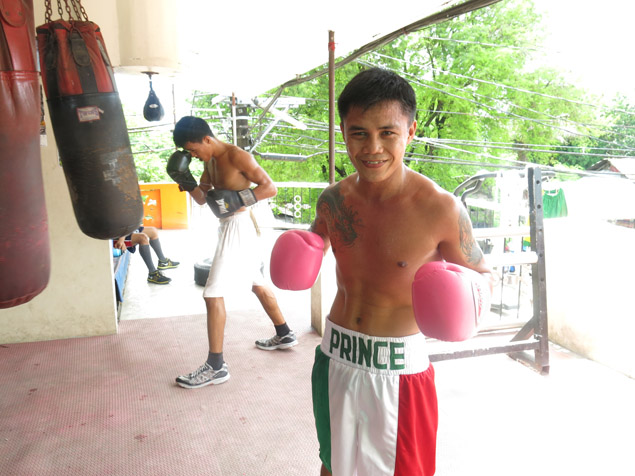 MANILA, Philippines – After four hours under a surgeon’s knife, Filipino strawweight contender Denver Cuello is on the road to recovery and redemption. The 26-year-old from Cabatuan, in the Philippine province of Iloilo, underwent surgery at Makati Medical Center on Monday afternoon to repair a torn right rotator cuff that severely hampered his performance in his title challenge against WBC strawweight titleholder Zhaozhong Xiong on June 28 in Dubai.

Xiong, who is boxing’s first world titleholder from China, solidified his title credentials after rising off the canvas from a knockdown in round one to defeat THE RING’s incumbent No. 1-ranked strawweight by majority decision. Xiong (21-4-1, 11 KOs) crashed the division’s rankings at No. 4 with the victory, while Cuello (33-5-6, 21 KOs) slipped to No. 5.

Cuello’s manager Aljoe Jaro told RingTV.com that Cuello will be in a sling for the next two weeks, and will begin physical therapy after a month. He can resume punching and weight lifting exercises after six months. Jaro added that Cuello’s nickname will be changed from “The Excitement” to “The Six Million Dollar Man,” in homage to what he deems Cuello’s “bionic right arm.”

Veteran reporter Ronnie Nathanielsz quoted one of the orthopedic surgeons – Dr. Manny Pecson – as saying that Cuello would need “at least one year before he fights again.”

The promotion – organized by upstart outfit KO Promotions – was rife with shortcomings, however. The entire event was threatened with cancelation just hours before doors opened due to a lack of financing by the promoter, which Jaro claims was salvaged by Chinese financial backers at the eleventh hour. Neither fighter was drug-tested afterwards, while Cuello’s purse was not secured before leaving the country. WBC rules dictate that a fighter’s purse be paid following the weigh-in.

With the bizarre circumstances surrounding the event, Cuello can find reassurance in WBC president Jose Sulaiman’s decision to reinstate him as the mandatory challenger for the organization’s 105 pound title. “It seems that Denver will be out for a long time, but the WBC will extend to him the courtesy of waiting all the time for his total recovery and medical approval, to appoint him mandatory challenger,” Sulaiman wrote in an email to RingTV.com.

Wood Song – who is an assistant in Zovi Promotions, which handles Xiong – told RingTV.com that Xiong is likely to make his second title defense in October, though the opponent has yet to be settled upon. In the email, they wished Cuello the best with his recovery from surgery.

Jaro said that he believes Cuello will be ready for a second crack at the title between May and July of next year.