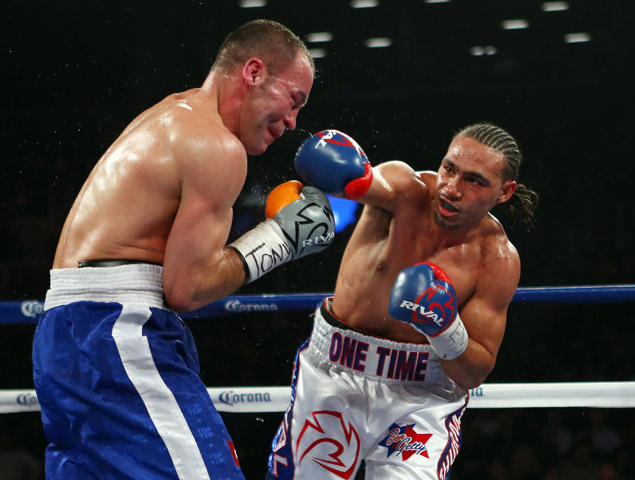 Florida welterweight Keith “One Time” Thurman anticipates “heavy missiles coming from both sides” in his clash with Argentina’s hammer-fisted Diego Chaves as part of a Showtime-televised double-header on June 27 from the AT&T Center in San Antonio, Texas.

“We really don’t see him as anything out of the ordinary, you know? When you’ve had over a hundred amateur fights like myself, then it’s really hard to not feel comfortable in the ring with just about anybody,” said Thurman, who is trained with Dan Birmingham in St. Petersburg, Fla.

“I’ve been working with world class fighters ever since I was 16 years old, so for me and Dan Birmingham and the rest of our camp, there’s nothing special. It’s our duty and our job to prove that on July 27. Chaves is young, and he’s 27, which is your prime in this sport. He has a great record.”

A 24-year-old from Clearwater, Fla., Thurman (20-0, 18 knockouts) is coming off a unanimous-decision rout of Jan Zaveck in March, which, in victory, still ended Thurman’s streak of consecutive knockouts at nine. Meanwhile, Chaves (22-0, 18 KOs) is in pursuit of his sixth consecutive knockout victory.

“Honestly, I can’t wait to see how he’s going to try to knock me out, you know what I’m saying? That’s part of the excitement in this game and in this sport. I’m definitely willing to step into that danger zone. I believe that this fight is going to be somewhat of a war. I don’t know know if it’s going to be a non-stop war, but I expect to see heavy missiles coming from both sides.”

“We’re still boxing, baby. Ain’t nothing different. We tweak very small things in training camp, and all that it really comes down to is that there are things that we believe are going to be key points on how to go about breaking our opponent down, whether it be a defensive tactic, an offensive tactic, the way that we approach,” said Thurman.

“We’re working on in-and-out movement, side-to-side movement. Besides that, we’re just getting into shape. This isn’t my first rodeo. There’s nothing new under the sun. I’m a warrior, always have been, always will be, and, you know, a lot of it comes down to the physical preparation, but also, it’s mental. We just get really focused and we look at how we want to attack it, and we go about it.”

BERTO WEIGHS IN ON TRAYVON MARTIN 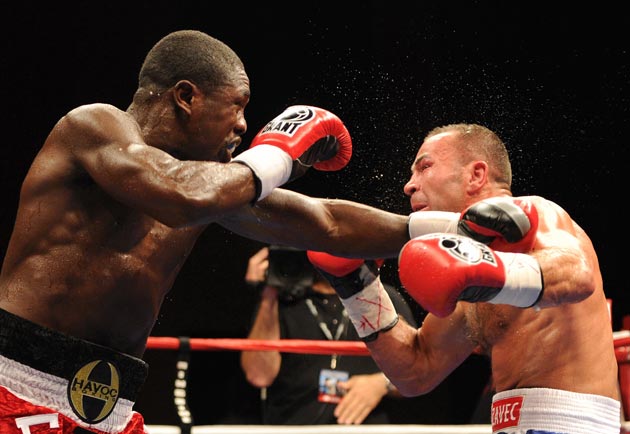 While preparing for Soto Karass in Oaklad, Calif., Berto still kept track of the widely-reported court case involving George Zimmerman and Trayvon Martin, an incident which occurred in Sanford, Fla., less than 90 minutes from Berto’s hometown of Winter Haven.

Zimmerman was found not guilty in the shooting death of Martin, a 17-year-old African American high school student whom Zimmerman said he killed in self defense.

“You know, it’s tough. Of course, it’s something that we’ve been watching for the last couple of days, even out here in camp because it hits close to home. We know the gun laws back home. We know the situation. It’s tough. It’s just tough to a point that, of course, everybody on the outside has been looking at, ‘Okay, this guy got out of his car to go after this kid, and ended up killing him.’ That’s what we’re looking at, but, the gun laws in Florida, that’s what the jury went with. Like I said, though, it’s still tough to see,” said Berto, a 29-year-old former two-time 147-pound beltholder.

“And a lot of people back home in Florida are definitely taking it tough, and a lot of people are definitely making their points known back home. So, I’m just hoping that everybody back home, they don’t get too crazy but that they stay safe. But I just think that it was an unfair decision with the situation. If you call the police, and the police tell you not to get out of the car, and you’re still going to pursue something, I just believe that a lot of the stuff could have been handled just with common sense. But, of course, they have to follow the laws in Florida, and I believe that’s how they came up with the verdict. It’s sad to see, but it is what it is.”

“Spending a week in Monaco is wonderful experience in itself,” said Buffer. “But being a guest of Prince Albert at Rihanna’s performance makes it something extra special.”

Prince Albert is a long time supporter of sports, having participated in the Olympic Games in the bobsled competition. In addition, Prince Albert’s wife, Princess Charlene, was an Olympic swimmer. 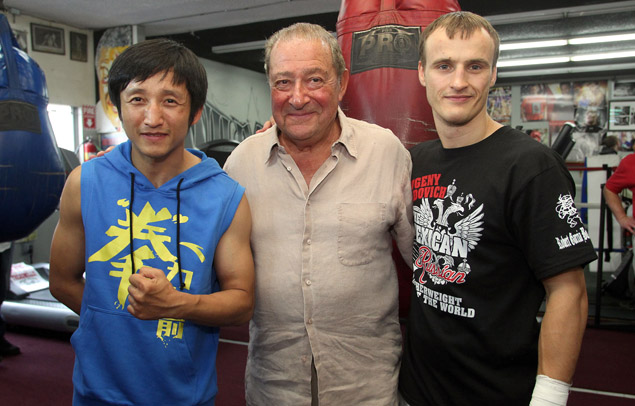 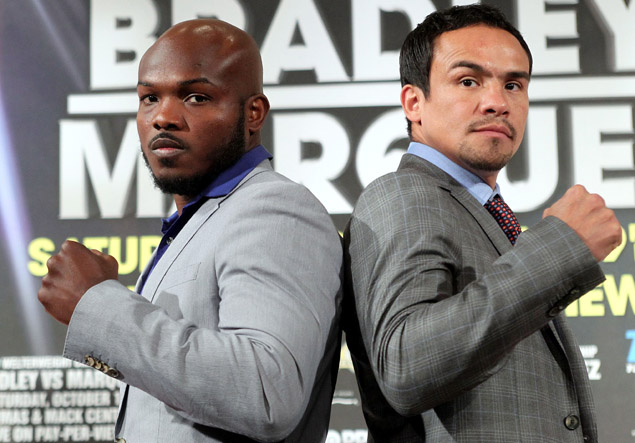