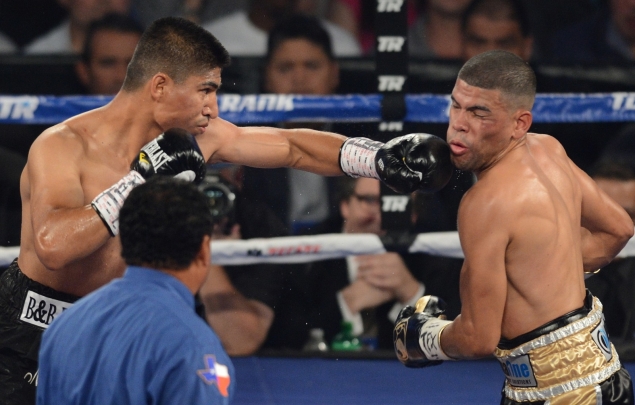 Garcia had picked Mayweather (44-0, 26 knockouts) to defeat Guerrero, just as he favors him to dethrone junior middleweight champion Saul “Canelo” Alvarez (42-0-1, 30 KOs) on Sept. 14 in their Showtime Pay Per View-televised clash at the MGM Grand in Las Vegas.

“It’s going to be a good fight. I think that Mayweather will win based on his skills and abilities,” said Garcia (32-0, 27 KOs), a 25-year-old Mexican-American boxer-puncher from Oxnard, Calif.

“Mayweather’s very, very smart, and he’s still very fast, and he still has the reflexes and the counter-punching abilities. So I think that he’ll win a unanimous decision.”

But being that Mayweather is the smaller man rising into the 154-pound division — the bout is taking place at a contracted catchweight of 152 pounds — Garcia still gives Alvarez a shot at being the first man to defeat THE RING’S No. 1-ranked pound-for-pound fighter.

“I’m not counting out Canelo just yet. I think that Canelo can do something,” said Garcia, THE RING’s current 126-pound champion.

“Canelo has the advantages in the size and the height and the weight, so a good punch or a good game plan could turn it around for him. But if you’re just asking my opinion, I would say that Mayweather wins by a unanimous decision.”