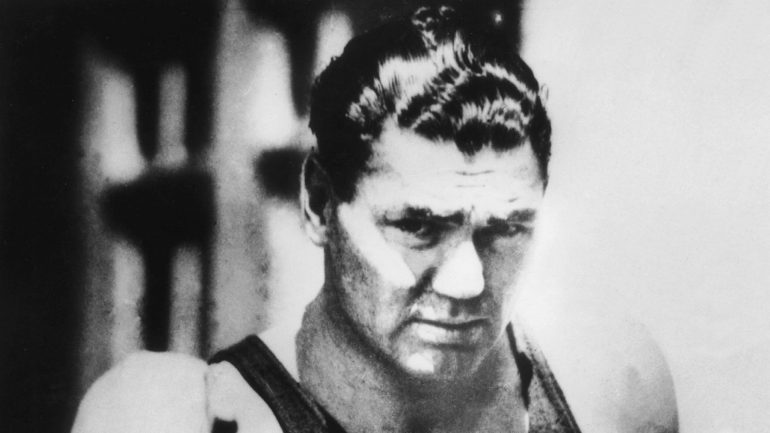 In the United States, July 4 is one of the most festive holidays on the calendar. The tidal wave of fireworks, parades, barbecues, carnivals, family reunions, concerts and other public and private events is the nation’s way of celebrating the adoption date of the Declaration of Independence, the document declaring official separation from Great Britain that was signed on Aug. 2.

July 4 is also an important date in boxing history, especially in the earliest years since the Marquees of Queensberry rules came into prominence. Some of the sport’s most famous episodes – and, in one case, one of its most infamous incidents – were staged on this date, but this dynamic has been extremely rare in recent years. In fact, only two major title fights involving male fighters have been staged on July 4 since the turn of the century – and they involve the same fighter in Mahyar Monshipour. In 2003, Monshipour won the WBA super bantamweight belt by stopping Salim Medjkoune by 12th round KO while in 2009 the Iranian-Frenchman lost his title challenge to WBA bantamweight king Anselmo Moreno by split decision in his final fight. Additionally, there has also been one widely recognized July 4 world title fight involving women in the 21st century — IBF light flyweight titlist Evelin Bermudez’s title-retaining ninth-round TKO over future titlist Tamara Demarco in 2021.

In all, just seven July 4 title fights involving males and females have been held in the last 30 years — Sung Kil Moon-Carlos Salazar in 1992, Mbulelo Botile-Sammy Stewart in 1995, Sirimongkol Singmanassak-Victor Rabanales in 1997 and Zolani Petelo-Carmelo Caceres in 1998 in addition to the two Monshipour fights in the “naughts” and last year’s Bermudez-Demarco women’s title bout.

Whether this trend will turn in the near future is up to the individual promoters and/or broadcast networks and streaming services, but even if it doesn’t happen, the impact of July 4 on boxing history is beyond debate. The following list of notable July 4 fights will illustrate the truth of that statement:

Following an amateur career that saw Louis go 50-4 (43) and capture a slew of simon pure championships, including the national AAU tournament in his final fight, the 20-year-old turned professional against Kracken, a native of Lillehammer, Norway who did most of his fighting in Washington state before losing to the 12-1-1 Adolph Wiater in Chicago in his last outing three months earlier.

Several veteran fight observers questioned the wisdom of matching a celebrated amateur with a 48-fight veteran who boasted 23 knockouts in 27 wins. Louis’ brain trust of John Roxborough, Julian Black and trainer Jack Blackburn knew their thoroughbred was more than equipped for the task and it didn’t take Louis long to prove them right. 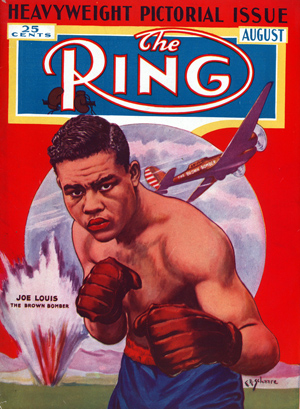 Following Blackburn’s advice, the 181-pound Louis focused on the 175-pound Kracken’s midsection. Once Kracken lowered his hands to protect his ribs, Louis knocked him through the ropes with a precision left hook to the jaw that sent him through the ropes and onto the lap of Joe Triner, chairman of the Illinois athletic commission. As per the rules, Kracken had 20 seconds to get back into the ring and while he did so at the count of 14, referee Dave Miller waved off the fight at the two-minute mark.

In and of itself, Louis’ bout with Kracken isn’t a significant fight, July 4 or no July 4. Its impact lies more with its status as the Brown Bomber’s first professional step into a career that would vault him into worldwide prominence, not only in boxing terms but also sociologically. Athletically Louis remains the most prolific champion in history as he amassed 25 defenses during the longest chronological reign in the sport’s annals (11 years, 8 months, 7 days). Every fight in Louis’ career – including the fight with Kracken – was a main event and the $52 check he cashed was only the first of what would become a lucrative and historically sensational 69-fight run that spanned 17 years.

As for Kracken, the Louis bout was his last but he forever will be linked with Louis as Tunney Hunsaker is with Muhammad Ali, Luis “The Bull” Vega with Sugar Ray Leonard, Hector Mercedes with Mike Tyson and Joe Echevarria with Sugar Ray Robinson. Sure, being the first opponent of a legend may entail short-term pain but in the long run Kracken and his cohorts will always have their unique place in history.