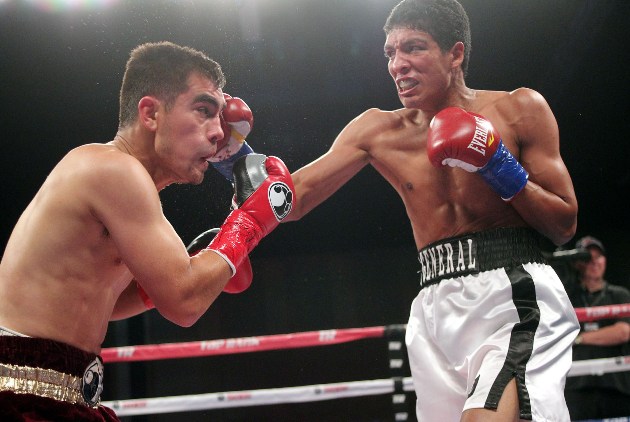 Nicaraguan junior featherweight Daniel Diaz ended a two-fight losing streak with Saturday night’s upset split-decision victory over Robert Marroquin, of Dallas, Texas, on a show that was promoted by Top Rank on Saturday night at The WinStar Casino in Thackerville, Okla.

Marroquin (23-3, 16 knockouts) was coming off a third-round stoppage of Antonio Escalante in March that helped him to rebound from a unanimous decision loss to current RING, WBA and WBO champion Guillermo Rigondeaux in September. Diaz is 20-5-1, with 14 KOs.

In another bout, welterweight Brad Solomon (20-0, 8 KOs), of Lafayette, La., scored three knockdowns over the course of a fifth-round stoppage of Colombian Henry Auraad (14-8-1, 11 KOs), of Miami, Fla.