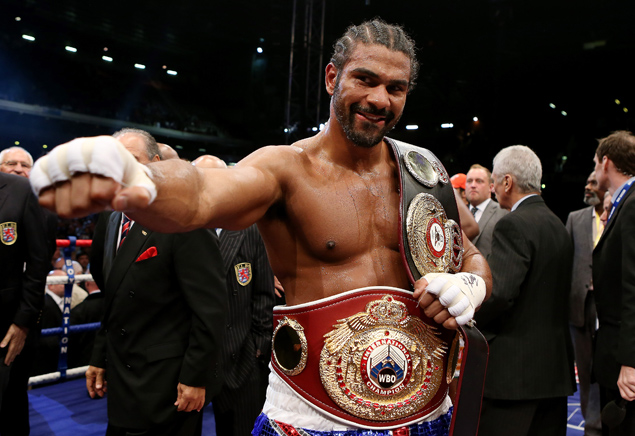 David Haye has taken to Twitter to accuse rival heavyweight contender Tyson Fury of rejecting his latest offer to fight this summer.

Talks over the highly-anticipated grudge showdown between the British pair have been ongoing between their respective camps for the best part of a month and seemed close to being signed and sealed.

However, judging by Haye’s comments about 25-year-old Fury on the social media network late Monday afternoon, it would appear negotiations have stalled.

Haye, 32, even revealed that a pledge to share the fight revenue is proving insufficient to tempt the unbeaten Manchester-born Fury (21-0, 15 knockouts) to put pen to paper.

“I did everything in my power to get Fury in the ring,” Haye tweeted around 5pm U.K. time. “Even gifting him a 50/50 split. But Big Chump won’t sign contract 4 the fans #AllTalk.”

That post came barely an hour after 6-foot-9 Fury had posted a picture of himself with the message: “I’m coming for u @mrdavidhaye all systems go your going down & out!”

Former WBA holder Haye (26-2, 24 KOs) pulled out of a comeback fight against American Manuel Charr, slated for June 29, with a hand injury.