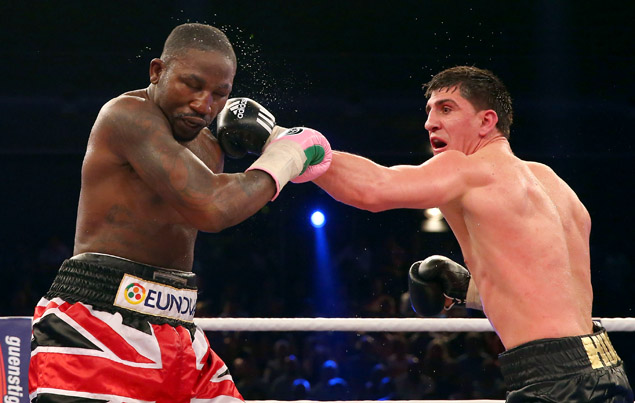 Marco Huck successfully defended his WBO cruiserweight title with a majority decision over Ola Afolabi in Berlin, bringing the record of their three encounters to 2-0-1 in Huck’s favor.

Afolabi staged a late rally that probably explains the draw on one card, but Huck had already banked enough rounds to win clearly. The challenger aimed for the body while Huck mainly employed bursts of accurate punches (and some rough tactics, for which he was warned in the fifth round). With the win, his eleventh defense of the WBO belt he won in 2009 against Victor Ramirez, Huck improved to 36-2-1 (25 knockouts) while Afolabi dropped to 19-3-4 (9 KOs).

“I think I surpassed myself today,” said Huck. “Today I showed that I can box. (The) key to the success was my good preparation.”