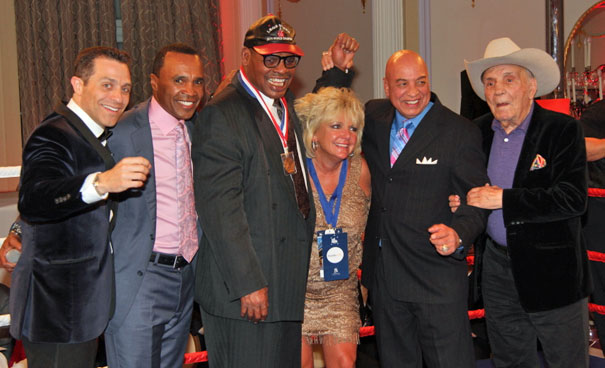 MONTREAL – Leon Spinks had had a void in his heart for years.

The gold medal he won at the 1976 Olympics in Montreal was stolen from his home more than a decade ago, leading him to believe he’d lost the oh-so-precious symbol of his amateur success forever. Sometimes forever isn’t such a long time, though.

Spinks’ lawyer, Jon Jabenis, at the urging of the fighter’s wife, Brenda, recently contacted the U.S. Olympic Committee to determine whether it was possible to get a replacement. The new medal was sent to Brenda, who then wanted to find the right moment to present it to her husband.

That moment came on Tuesday night, at a gala event called the “Rumble at the Ritz” at the Ritz-Carlton in the town where Spinks won the medal by beating Sixto Soria of Cuba for the light heavyweight gold medal.

And who better to make the presentation than 1976 U.S. teammate Sugar Ray Leonard, who also attended the event, which was organized to launch the collector’s edition of the book The Future of Boxing by Alexandre Choko.

Spinks was summoned by Leonard into a ring set up for amateur bouts in one of the elegant hotel’s ballrooms, unaware of what was to come. Then, when Leonard presented the new medal, Spinks’ eyes – and those of the 200-plus people in attendance – filled with tears.

Spinks expressed his gratitude by embracing those close to him in the ring: his wife, Jabenis, former middleweight champ Jake LaMotta, referee Joe Cortez and the captain of the 1976 team, who received a bear hug he’ll never forget.

Moments later, Leonard, his eyes teary, leaned over to me. “This,” he said, “is incredible.”