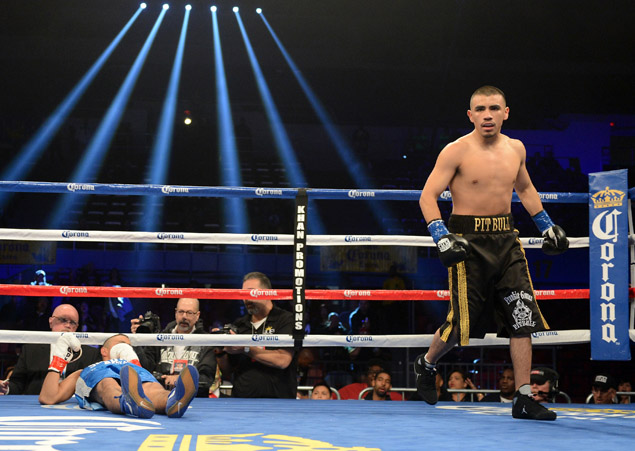 A 21-year-old amateur standout from East L.A., Gomez (15-0, 11 knockouts) is coming off a unanimous decision over tough Lanard Lane (13-3, 8 KOs) in his first-ever 10-rounder, having gone eight rounds once for a majority decision, and six rounds twice for unanimous decisions.

Since back-to-back losses against Zab Judah and Floyd Mayweather Jr. in 2003 and 2004, Corley’s record has been 11-17 with losses against the likes of Devon Alexander, Lucas Matthysse, Marcos Maidana, Thomas Dulorme, and Ruslan Provodnikov.

In May of last year, Corley knocked out Paul McCloskey in the 10th round. Corley is coming off a unanimous decision loss to unbeaten Victor Postol (22-0, 10 KOs) last October.

The event will be televised live on FOX Sports Networks and FOX Deportes, and on FUEL TV on a delayed basis.