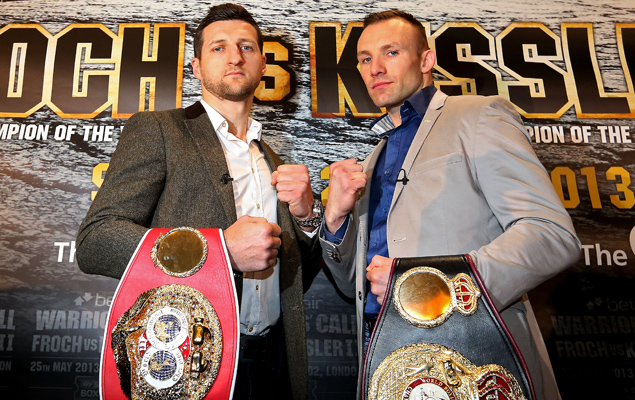 On May 25, at the O2 Arena in Greenwich, London, IBF super middleweight titleholder Carl Froch will get a shot at revenge during his rematch against 168-pound rival Mikkel Kessler in an HBO-televised bout.

In advance of the fight, RingTV.com spoke to HBO’s Jim Lampley, who will be calling the match from ringside.

Lampley sees Froch (30-2, 22 knockouts) as having a slight advantage over Kessler (46-2, 35 KOs) despite the fact that the Englishman was dethroned as the WBC beltholder by Kessler via unanimous decision in their bloody first bout as part of Showtime’s Super Six World Boxing Classic in April of 2010.

“Ninety percent of the time, when it’s a rematch of a relatively close fight won by decision by one of the two fighters, you find most pundits picking the guy who won the first fight to win the second fight. But in this particular instance, most pundits are picking Froch,” said Lampley, a four-time Sports Emmy Award winning broadcaster.

“I think that that’s an acknowledgement that it’s essentially an even matchup, and there’s not a lot of difference between them. I’m very much looking forward to it. I have not done a boxing match in England in a very long time. As you know, their crowds in England over there are great, and it was a terrific fight the first time. I watched it on Showtime and I enjoyed it very much.”

A 35-year-old veteran, Froch was last in the ring for a third-round stoppage of Philadelphia’s Yusaf Mack before his hometown fans at Capital FM Arena in Nottingham, England, last November. In facing Mack, Froch returned to the venue where he dethroned previously unbeaten IBF beltholder Lucian Bute by fifth-round knockout nearly a year ago on May 26.

Kessler, 34, of Denmark, earned his fourth straight win and his third consecutive stoppage victory with December’s third-round knockout of Ireland’s Brian Magee in Herning, Denmark. Froch also owns an 11th-round knockout victory over Magee from May of 2006.

“Both guys are quite a bit older than the last time they fought, and, a little bit past their optimum peak as defenders,” said Lampley. “So I expect even more of an offensive fight and a lot of entertainment. They’re both terrific fighters and terrific people, so I’m really looking forward to the trip.”

In defeating Magee, Kessler returned to Herning for the first time since defeating Froch, whose win over Bute helped him to bounce back from a unanimous decision loss to Andre Ward in December of 2011 for the RING, WBA and WBC belts.

Ward has since been stripped of the WBC title, and eschewed the organization’s designation of him as Champion Emeritus.

Kessler’s triumph over Froch helped him to rebound from losing his WBA belt by a one-sided, 11-round technical-decision loss to Ward in the first round of the Super Six in November of 2009.

Ward’s victory ended a streak of three straight stoppage wins by Kessler, whose previous setback had been at the hands of southpaw Joe Calzaghe by unanimous decision in November of 2007.

“I covered Kessler against Calzaghe, and it was a tremendous fight” said Lampley of a clash that took place before Calzaghe’s hometown fans in Cardiff, Wales.

“There, we had one of the greatest crowds that I’ve ever seen, if not, the greatest. Kessler seemed to be winning for at least the first four or five rounds, but then, Calzaghe went to another level.” 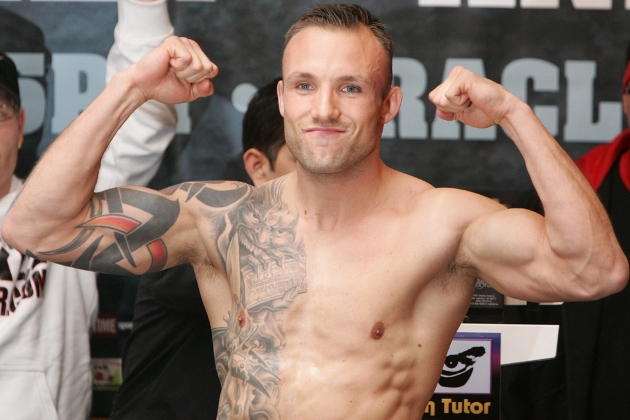 In August of 2010, Kessler had to pull out of the Super Six with an eye injury, canceling a September bout with Alan Green.

“I think that since Kessler’s had an injury and a layoff and a schedule disruption, that may have robbed him of just a little bit. Froch, on the other hand, in his last two fights, has looked as good as he’s ever looked in dismantling both Bute and Mack. Bute saw Froch at his best,” said Lampley, of a fighter who is nicknamed, “The Cobra.”

“Froch was free-wheeling with no particular pattern. He punches like a cobra and springs with combinations of punches. He throws hard punches from unusual angles, and it’s very hard to defend against that. But I think that it’s a really close fight, and I think that Kessler is the better boxer. But Froch, at this point in his career, is the better fighter. If I had to pick a winner, I kind of expect to see Froch win. But the home court is a huge part of that.”

Nicknamed, “The Viking Warrior,” Kessler is 43-0 while fighting in Denmark, and has fought only five times outside his home country, including the losses to Calzaghe and Ward.

Meanwhile, Froch is 26-0 in England, where he won the WBC’s vacant belt for the first time in December of 2008 by unanimous decision over Jean Pascal.

“I think that, in most people’s judgement, at the end of the day, Kessler got the win in the first fight partially because it took place in Denmark, and he had the crowd support and the comfort of fighting at home. Froch made a big deal about it, sounded off about the distortion of him defending a title belt on the other guy’s home turf, and, so now, it’s entirely fair that the situation reverses,” said Lampley.

“So Froch gets to fight Kessler in London before an English crowd. You saw the crowd in Nottingham, when Froch fought Bute, being as raucous and demonstrative a boxing crowd as you’ll see. I think that you’ll see the same kind of atmosphere on Saturday night. I think that a lot of things slightly favor Froch, at the end of the day. There are a lot of factors, not just the physical wear and tear, but the home court element and the timing of the fight.”

After losing the belt to Kessler, Froch regained it by dominating ex-middleweight beltholder Arthur Abraham in November of 2010 in Helsinki, Finland.

During the Super Six, Froch also routed ex-beltholder Glen Johnson by unanimous decision in June of of 2011 before losing in to Ward, with each of those bouts being in Atlantic City.

Froch’s 12th-round stoppage of former undisputed middleweight titleholder Jermain Taylor in April of 2009 in Connecticut marked his second fight on American soil. Coming one bout before facing Dirrell, Taylor was the first defense of the crown Froch won from Pascal.

Against Bute, Froch was in Nottingham for the first time since October of 2009, when he split-decisioned Andre Dirrell in the first round of the Super Six tournament. 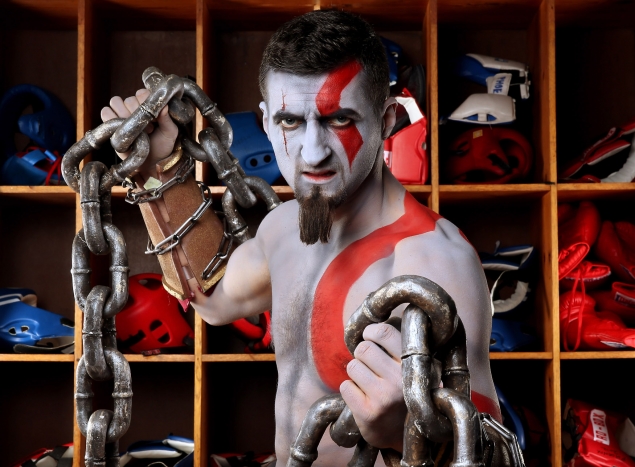 “The only guy who has fought similar opposition with better results and a better record is Andre Ward,” said Lampley. “So what Ward gets for that schedule is that most people have him ranked at the No. 2 fighter, pound-for-pound.”

On Saturday, Froch will return to England, where Lampley feels that the partisan crowd’s enthusiasm will be extremely helpful against Kessler.

“I think that a veteran fighter like Kessler is going to say, ‘None of that bothers me,’ and, ‘I only deal with the guy in front of me in the ring.’ But this is an advantage for Froch,” said Lampley.

Given his mark of 7-2 with three stoppage victories over the course of his past nine difficult fights, Lampley, like many, is giving Froch the edge against Kessler. If Froch is victorious, Lampley sees the potential for a trilogy.

“In my view, Froch is the favorite, and perhaps likely to win the second fight. That always sets up a possibility that they ought to get together a third time. This looks to me to be one of those situations where it might be ideal. Again, there’s no giant clamor for either guy to move up or to fight Ward again,” said Lampley.

“If Ward’s staying at 168, and he’s already beaten both of them decisively, what else are you going to do? Well, if it’s the same kind of fight as their first one, then we should see a third Froch-Kessler fight. That’s as likely as anything else. They make a great matchup against each other. I expect another great fight. It wouldn’t surprise me at all to see them ultimately fighting for a third time.”