Peterson, Matthysse not focused on knockouts 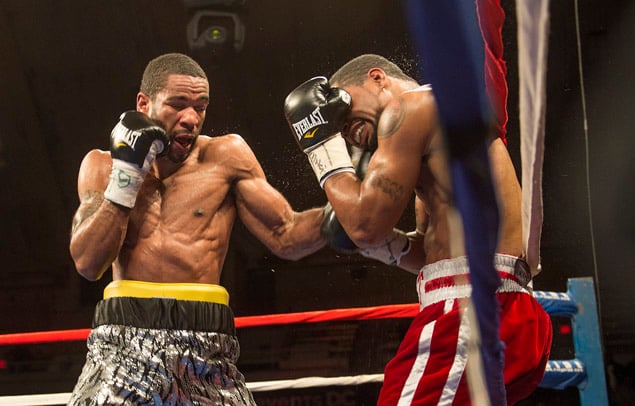 Fear has never been a part of Lamont Peterson’s makeup. Not when part of your childhood involves growing up homeless on the streets of Washington, D.C., and sometimes sleeping in an abandoned car.

That’s why he isn’t fazed by the prospect of facing Lucas Matthysse, one of the top knockout artists in the junior welterweight division, Saturday night at Boardwalk Hall in Atlantic City, N.J.

Matthysse’s hands are so heavy that he has stopped 31 of his 36 previous opponents (one ended in a three-round no contest). But you could practically see Peterson shrug his shoulders through the telephone during a conference call with reporters on Monday afternoon.

“I’m not sure,” Peterson said regarding whether he thought Matthysse might be the hardest puncher he’s faced to date. “You know you’re going to get hit during the fight. I don’t worry about anybody’s punching power until I get hit.”

Peterson said it’s the clean shots that you have to worry about and he doesn’t plan on getting hit cleanly by Matthysse, a tough-luck Argentine whose only two losses were controversial decisions to Zab Judah and Devon Alexander.

Matthysse, speaking through a translator, said those two close losses by split decisions have not changed his mentality going into this match against Peterson. He doesn’t believe he needs a knockout to win. 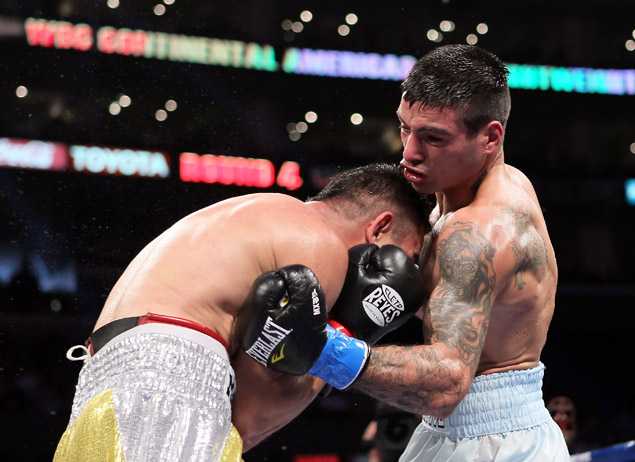 “I’m not worried about that,” Matthysse said. “I’m going to work hard like I always work hard in every fight. I believe the judges will give a clean decision.”

Both losses occurred on the home turf of his opponents. Matthysse lost to Judah at the Prudential Center in Newark, N.J., and he lost to Alexander, of St. Louis, in nearby St. Charles, Mo. Peterson’s last two fights were in his hometown of Washington, D.C., and this one will take place just a three-hour drive away in Atlantic City, N.J.

The fight holds out the promise of being worth the trip as Peterson, the IBF titleholder with a record of 31-1-1 (16 knockouts) has taken a step forward into the elite level of the 140-pound division and Matthysse is eager to join him there.

There is talk that the winner will get a chance to fight Danny Garcia, who beat Judah to retain his title on April 27. And the fact that Peterson and Matthysse agreed to face each other demonstrates that if anyone is wary of making the fight, it won’t be them.

After being out of the ring for 14 months while serving a suspension for testing positive for testosterone, Peterson served notice that he is still a tough out by stopping Kendall Holt with an eighth-round TKO on Feb. 22. Peterson said he didn’t learn anything new about himself. He just reaffirmed that he belongs in the upper echelon of the division. And while he’s there he wants to fight the best, which is what the match against Matthysse represents on Saturday night.

Some have labeled Matthysse one of the most avoided boxers in the sport – perhaps because potential opponents are afraid of his KO power. But not Peterson.