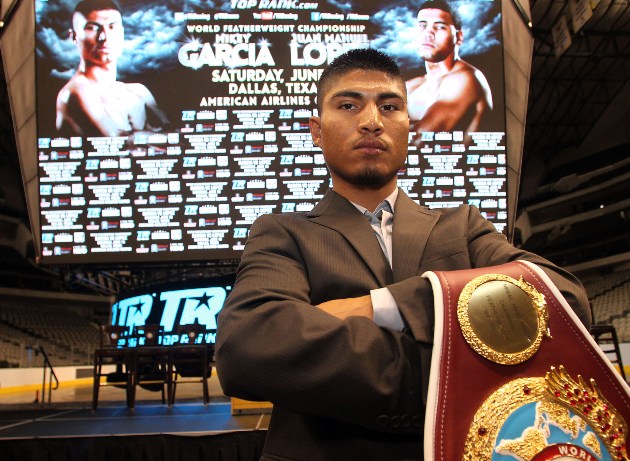 Prior to facing Guerrero, Mayweather had been out of the ring for nearly a year to the day since vanquishing Miguel Cotto by unanimous decision, dethroning him as WBA junior middleweight beltholder.

“I saw the fight and I thought that it was just a wonderful performance. I think that he had one of the best performances of his career,” said Garcia of Mayweather, who spent two months in jail from June 1 through Aug. 3.

“I really admired his performance. I saw a younger Floyd. In recent fights, maybe he wasn’t as sharp and wasn’t as explosive and as quick as he was this time. This time, he proved to everybody he’s not as old as they might think.”

Garcia considers Mayweather his favorite fighter, and often takes a cerebral approach in his own style. 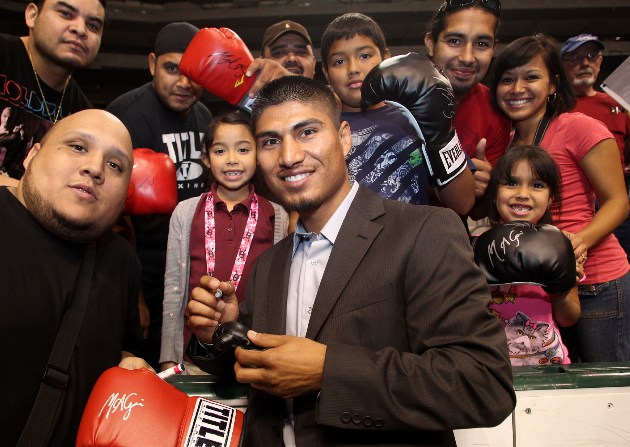 “To those who think that the Guerrero fight was a boring fight or that he didn’t give much or whatever, that’s just fans that have a different taste and a different take on the styles that they prefer,” said Garcia, who is trained by his brother Robert Garcia, and their father, Eduardo Garcia.

“But as a boxer and fighter, I can appreciate the good boxing technique. Floyd Mayweather is still very, very fast and very, very quick with his punches and his foot movement. I mean, he’s the best in the world and there is nobody better than him. He’s still very, very explosive, so I really appreciated it.”