Pendarvis out to prove he’s more than talented 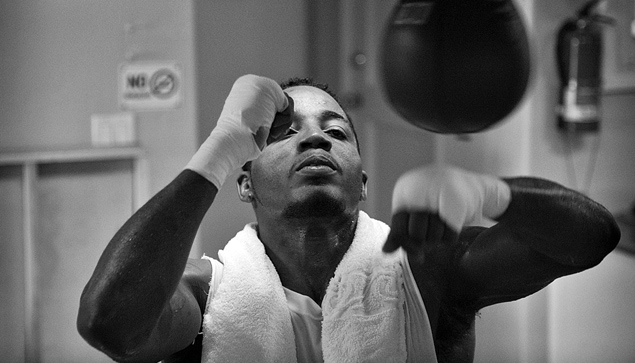 With his next fight, Cleotis Pendarvis gets the opportunity to prove that he’s more than just a talented southpaw who is good for the occasional upset and training camps for world-class fighters preparing for Manny Pacquiao or Zab Judah.

If Pendarvis, who has won his last six bouts, beats Dierry Jean in a ShoBox:The New Generation main event on Friday, the 26-year-old Southern Californian will earn contender status in one of boxing’s deepest divisions, junior welterweight, and take a step closer to a shot a major title.

If Pendarvis wins the IBF title elimination bout, which takes place at the Buffalo Run Casino in Miami, Okla., he will have achieved something his amateur mentors – Carlos Navarro and Larry Mosley – never did.

It’s understandable if younger boxing fans have no clue about who Navarro or Mosley are. The two South-Central Los Angeles standouts made their names in the amateurs during the 1990s, and both had disappointing professional careers given their success in the unpaid ranks. 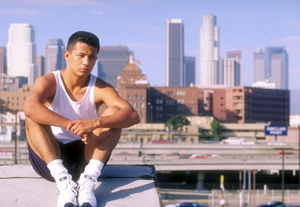 Navarro, the older brother of 2000 Olympian and former 115-pound title challenger Jose Navarro, was the top flyweight and bantamweight in the U.S. during the mid-’90s, as well as one of the best amateurs in the world. The hard-punching, slick boxing southpaw won a dozen open-class national titles at 112 and 119 pounds before an ill-advised jump to the 125-pound division where he was defeated by both Augie Sanchez and Floyd Mayweather Jr. in the ’96 U.S. Olympic Trials. (It should be noted that Navarro defeated Mayweather at 119 pounds in ’95.) 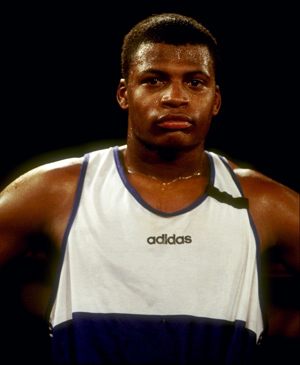 Mosley wasn’t as accomplished an amateur as Navarro, who won international titles, but he was more naturally gifted. A cocky, defensive-minded boxer with ultra-fast hands, Mosley won a silver medal in the 147-pound division at the ’98 Goodwill Games (defeating future 154-pound beltholder Sergei Dzinziruk on his way to the finals) and back-to-back U.S. titles in ’98 and ’99 (defeating future junior middleweight titleholder Ishe Smith en route to the gold medal round). However, Mosley was upset by Dante Craig in 2000 U.S. Olympic Trials and Box-Offs.

Though they sizzled as amateurs, the fizzled as pros. Navarro was moved too fast, and though he won minor “world” belts (IBA, WBU), he fought too many wars against unknown opponents early in his career and was prematurely burned out. Mosley, who signed a deal with Top Rank and turned pro on ESPN’s Friday Night Fights in 2000, never even advanced beyond prospect status. He lost a few bouts to journeymen and retired after dropping a competitive decision to Saul Alvarez in 2008.

Navarro and Mosley are afterthoughts in the boxing world, but they were heroes to Pendarvis.

“I grew up under Carlos and Larry at Washington Park,” said Pendarvis, who started boxing at the Col. Leon Washington Park community center, just north of the Watts area, at age 10. “They inspired me to box as an amateur, and they were the baddest things out there at that time.”

Pendarvis (17-3-2, 6 knockouts), who compiled a respectable amateur ledger of 67-6 on his way to the 2004 U.S. Western Olympic Trials, isn’t exaggerating. While Navarro could claim to be one of the best amateurs in the world, Mosley routinely sparred with top professionals – including Shane Mosley (no relation), the late Genaro Hernandez and Antonio Margarito – at the now defunct-L.A. Boxing Club, and always gave them good work. 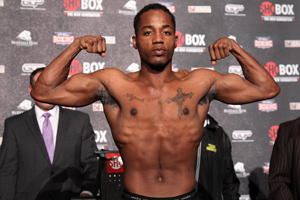 Pendarvis, who has a tricky southpaw style somewhat reminiscent of Navarro’s and natural ability on par with Larry Mosley’s, is also known for his gym work in Southern California circles. He has helped former world champs, such as Shane Mosley, Amir Khan and Margarito, prepare for dynamic lefties Pacquiao and Judah.

However, the sparring that has meant the most to Pendarvis, who goes by his nickname “Mookie” in the gym, was with the late Edwin Valero while still an amateur.

“I was the only one at the time to stay in there with him,” said Pendarvis, who had multiple sparring sessions with the fearsome future two-division titleholder in late 2003. “Valero was knocking everyone out back then, not just in his fights but in sparring.

“There’s internet rumors out there that he knocked me out, too, but he didn’t knock me out. He respected me because I was only 17 years old and I was staying with him.”

Pendarvis, who used to train out of the Broadway gym near Watts but now trains at The Rock in Carson, Calif., says observing Valero, who won all of his fights by knockout, was an education.

“It was a good experience watching how hard Valero trained,” he said. “It was an eye-opening experience because it let me know how hard boxing is at the pro level. I learned about the unfairness of the ring. Valero took no prisoners when he fought and when he sparred. He didn’t take it easy on me just because I was young and still an amateur.

“I learned that you have to believe in yourself. Valero was an unknown guy at the time but he went after anyone then put in the ring (to spar) with him, even top contenders. You have to be fearless if you’re going to make it as a professional boxer.”

Pendarvis says he adopted a fearless mentality when he turned pro. That mindset has earned respect in the gym and it’s resulted in some highs (such as his upset knockout of then-18-0 Hector Sanchez in a 2010 ShoBox main event), but it’s also delivered a few lows (such as his close decision losses to then-prospect Mauricio Herrera and veteran Terrance Cauthen).

“I never turn down fights,” said Pendarvis, who hasn’t lost since his eight-round split decision to Cauthen in June of 2010. “I was going through a lot in my life at the time of the Cauthen loss, but I have no excuses. I’ve grown from my losses.” 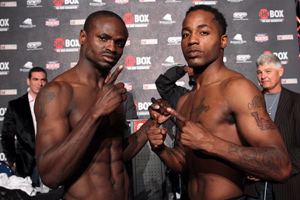 Pendarvis says he’s found much-needed training stability with his current management team, to which he credits his recent win streak, but he views his up-and-down career as an edge over Jean, who has been expertly groomed to a glossy 24-0 (16) record in the Quebec province of Canada.

“Jean is a good conditioned fighter,” Pendarvis said of the 31-year-old native of Haiti. “He’ll try to do what most try to against me – which is pressure me in the hopes that I get tired – but I’ll surprise him.

“I’m more experienced than my age or record shows because of who I’ve trained with and because I’ve had to leave home for fights. He’s never fought outside of Canada. He’s always had a promoter looking out for him, and they’re trying to put their influence on this fight, but what counts is what happens in the ring.

“He’s welcome to whatever help his promoter can give him. They need all the help they can get because I’m going to expose him while I expose my skills and talent to the fans.”

What can fans expect from “Mookie”?

“I’m an entertainer,” he said. “Fans are going to see a boxer-puncher who can stick-and-move and stand-and-trade, old style.”