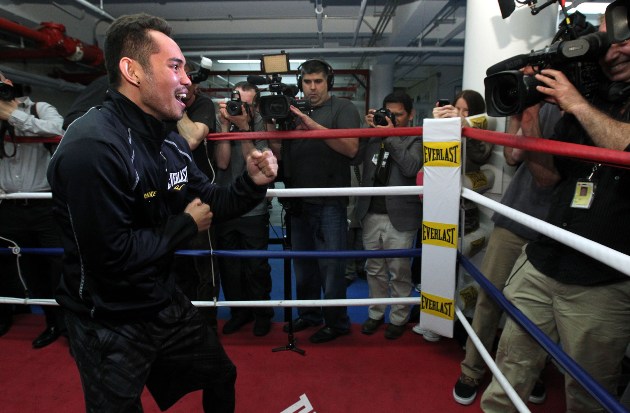 It was back in October of 2011 that a frustrated Nonito Donaire sat with friends in a New York hotel lobby, still fretting about having disappointed his fans hours after making the final defense of his WBC and WBO bantamweight belts against a defensive-minded Omar Narvaez at Madison Square Garden.

The effort was a far cry from that of Donaire’s previous fight in February of that year when “The Filipino Flash” displayed devastating power, scoring a sensational second-round knockout that dethroned Fernando Montiel for the belts.

The win over Montiel had been Donaire’s second as a 118-pounder following a fourth-round knockout of Volodymyr Sydorenko in December of 2010 during which Sydorenko was dropped three times.

“I’m so thankful for the fans that I want to give them the best performance that I can, and the best fight that I can,” said Donaire, who is 30.

“So that’s why I’m not afraid to get hit or afraid to takes punches in order to take a punch. I’m there to please them as much as I can. To me, the fans mean a lot and I’m thankful for them. So to me, they’re very important.”

In October of last year, Donaire stopped Toshiaki Nishioka in nine rounds, handing the legendary Japanese fighter his first loss since March of 2004 — a span of eight years and seven months.

Coming off December’s sensational third-round knockout of Jorge Arce, Donaire emphasized his desire to redeem himself against Rigondeaux.

“I think that there are going to be a lot of fireworks. It could be a chess match, because we can both be defensive fighters. But we’re only defensive because we can see the punches coming,” said Donaire during a Tuesday conference call promoting the clash with Rigondeaux.

“But when it comes down to the title fights, we’re both aggressive and we can both be offensive guys. I owe New York a good fight. I know that my fans want a good fight, they’re expecting a good fight, and that’s what I want to give them. So I think that the people of New York are going to get a treat.”

“I think that he [Rigondeaux] has the ability to see punches and the ability to be intelligent and he has speed and power like I do, so it’s going to come down to who is the smartest guy in the ring and who has the biggest heart.” 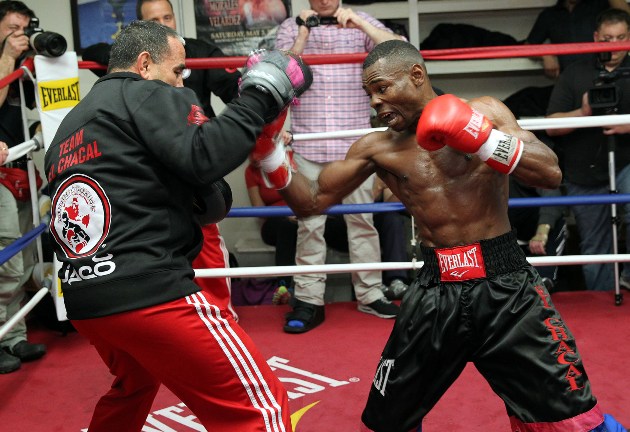 RIGONDEAUX ECHOES: ‘I THINK THERE IS GOING TO BE A LOT OF FIREWORKS’

Having disgusted many fans after his lackluster decison over Panama’s Ricardo Cordoba in a boring fight in November of 2010, Rigondeaux responded with consecutive stoppages over Willie Casey, Rico Ramos and Teon Kennedy in the first, sixth and fifth rounds, respectively, before securing September’s unanimous decision victory over Robert Marroquin.

“He has differentiated from the disaster that he had in Cowboys’ stadium against the Panamanian. Nobody wants to watch a fight like that,” said Top Rank CEO Bob Arum of Rigondeaux-Cordoba.

“It was very, very hard for a former Cuban amateur great to realize that it’s not just winning, but you have to look good and you have to entertain.”

Rigondeaux  said he plans to continue his aggressive approach against Donaire, calling their bout the most important fight of his career.

“I want to engage a lot more than I have in the past. I want to give the fans what they want to see. I think that Nonito is an aggressive boxer, and I’ll be very aggressive and I’m coming for him. I expect the same from Nonito, who is a great boxer and a great technician who is going to be very aggressive also,” said Rigondeaux.

“At this point, this is the most important fight of my career. This will solidify who is the king at the 122-pound weight class.”

Still, Donaire had scoffed at the notion of facing Rigondeaux until after failing to land a unification bout with Abner Mares (25-0-1, 13 KOs), who has since vacated the WBC’s 122-pound belt and lined up his 126-pound debut against WBC beltholder Daniel Ponce de Leon on May 4.

“For me, in the beginning, I saw Rigondeaux fight, and I wasn’t impressed with the Cordoba fight. But the more that I watched him fight, the more he became worthy of it,” said Donaire.

“He still hasn’t fought guys of my quality, but the better the level of fighter he fought, the better he got. So to me, that was worth the challenge. I saw that he was a really tough guy. Not only did he have speed and power, but he does well mentally. So now I’m excited for the fight. You tend to be motivated with a good fighter in front of you. The more that I watched Rigondeaux, the more I got excited to fight.”

During an interview with RingTV.com, Mares picked Donaire by seventh-round stoppage.

“For now, it’s impossible to see what I will do, because I’m the type of fighter who will get into a situation and then react to that situation. Whatever it may be, I know that I have the power and the weapons. It may be the left or it may be the right,” said Donaire.

“I know I have power in both hands, and that’s what makes me scary, because I do have two power punches and I have every punch from overhand to straight to hooks. Rigondeaux has power, so it’s going to be a good fight. In order to set things in motion, I have to press forward with some energy that will make him engage or make him do what I want him to do.”

Could it be similar to the result against Nishioka, who, like Rigondeaux, is a left-hander?

“Nishioka thought that he could lure me in. He started to reach in and that’s when I was able to capitalize,” said Donaire, who finished Nishioka with a counter-right over a straight left hand.

“He was trying to lure me in, but I used a different approach. That could be the same thing with Rigondeaux, where I need to figure out what type of fighter he is in order to make another point in strategy.”

Referee Benjy Esteves will work the Donaire-Rigondeaux fight, with the judges being Tom Schreck, Julie Lederman and John Stewart.


DONAIRE’S FIRST CHILD — A SON IS ON THE WAY

Donaire’s wife, Rachel, is pregnant with their first child, a son who will be named Jarel.

“I’ve accomlished more than most people in the boxing world, so, to me, the most precious moment right now is feeling this kid kick and the feeling of being there to witness every movement and every kick that this kid is doing,” said Donaire, who will be honored as The Boxing Writers’ Association’s Fighter of The Year on Thursday in New York.