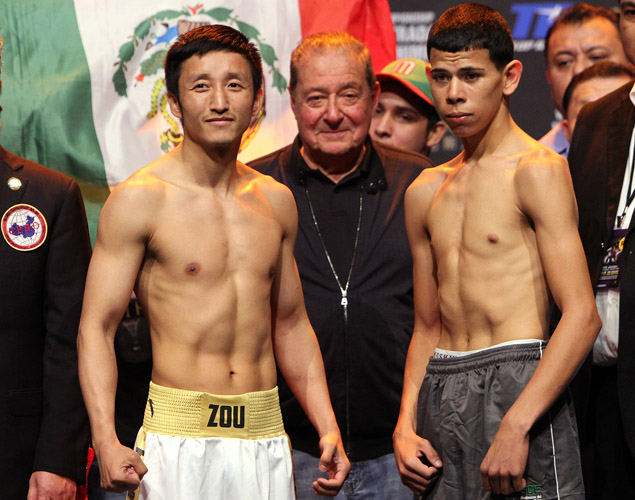 Zou, 31, is being trained by Freddie Roach. Valenzuela, of Guasave, Mexico, is 2-1-2 with one knockout.

Click here for a photo gallery of the weigh-in.

THE REST OF THE UNDERCARD 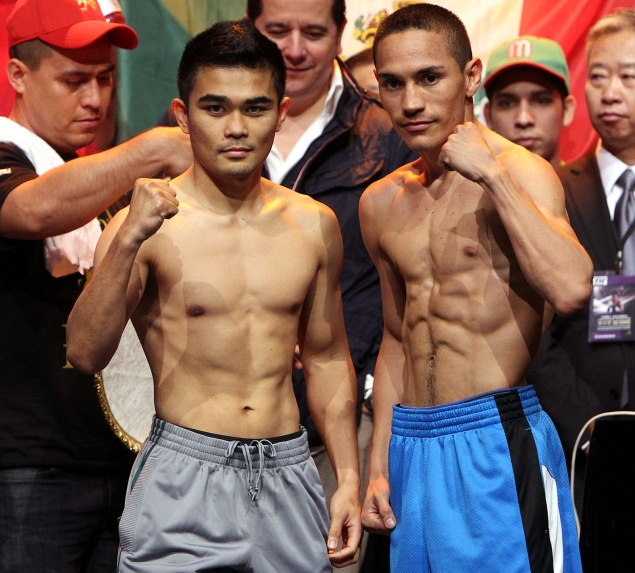 Viloria, 32, is coming off November’s 10th-round knockout victory over Hernan “Tyson” Marquez (34-3, 25 KOs), whom Viloria floored in the first, fifth and final rounds of a Fight of The Year candidate.

“When your opponent brings his ‘A Game,’ you’d better be ready. I have also developed an appreciation of my current reign as world champion that I did not have before. I enjoy being the best in my division,” said Viloria.

“I don’t see this as an easy fight. Estrada has the ability to be a champion. He’s very good. My edge over him in this fight will be my experience and the patience that comes from it.”

Estrada is 4-2 with three knockout wins in his past six fights, and is looking to rebound from November’s unanimous-decision loss to unbeaten Ramon Gonzalez that ended his four-fight winning streak.

Estrada said he has drawn motivation from Mexican four-division titlewinner Juan Manuel Marquez in the wake of his December sixth-round knockout of Manny Pacquiao, who, like Viloria, is of Filipino descent. Marquez was 0-2-1 against Pacquiao coming into that bout.

“I can go toe-to-toe with Viloria. It’s an easier style for me to fight against. My youth could be an advantage. I’ll be fresher,” said Estrada.

“I’ll have to box more to avoid Viloria’s explosiveness. Juan Manuel M├írquez’s victory over Manny Pacquiao has inspired me and all of M├®xico. It made me so happy.” 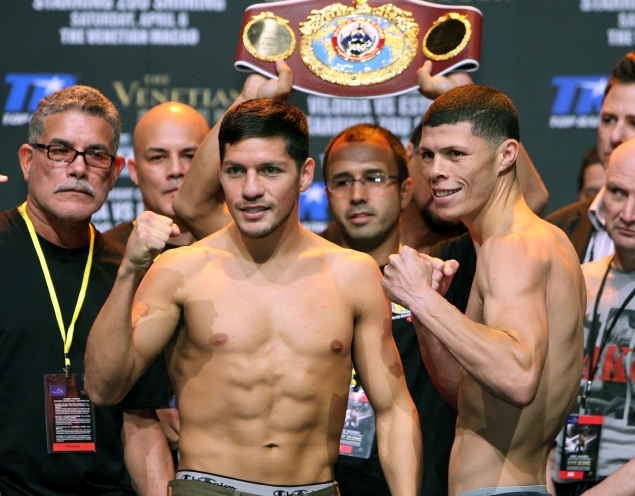 With an eye toward facing Martinez, Magdaleno studied the Puerto Rican’s past two fights — a belt-winning split-decision victory over Miguel Beltran Jr. in September as well as January’s disputed 12-round split-draw with Juan Carlos Burgos (30-1-1, 20 KOs).

A 26-year-old contender from Las Vegas, Magdaleno had each of those fights in mind when he signed to pursue his first title opportunity against Martinez on a card that is being promoted by Top Rank.

A solid boxer, Magdaleno has worn down and eventually stopped his past two opponents, Fernando Beltran and Antonio Davis, in the seventh and fourth rounds, respectively.

Magdaleno believes he can do the same thing to Martinez for a victory that would represent the most definitive of his career.

“Martinez only has an ‘A Plan.’ He looks to land that big right hand. He loads up and presses it,” said Magdaleno, a Las Vegas resident.

“I will win and make this fight easy by out-boxing him and out-thinking him. I have scouted him in-person, attending his fights and watching loads of tape. My style has matured. Las Vegas needs someone like me to represent the city.”