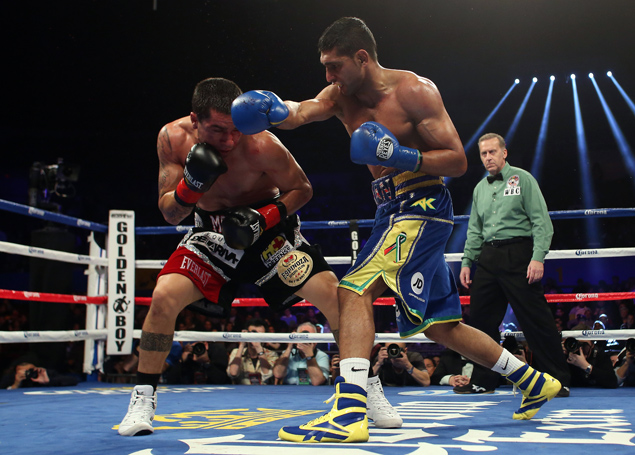 The Garcia-Judah card will also include a defense by WBO middleweight beltholder Peter Quillin (28-0, 20 KOs) against Fernando Guerrero (25-1, 19 KOs).

Also to be shown, from the Khan-Diaz undercard, are highlights of the professional debut of 2012 Olympic bronze medalist Anthony Ogogo, of Great Britain, who signed with Golden Boy in December, against Kieron Gray (5-13-1, 1 KO).

Following Khan-Diaz, Showtime will replay an All-Access: Mayweather vs. Guerrero to promote Floyd Mayweather Jr.’s May 4 defense of his WBC welterweight belt against two-division titlewinner Robert Guerrero at the MGM Grand in Las Vegas on Showtime Pay Per View.