Diaz: Roach has ‘lost the love for the sport’ 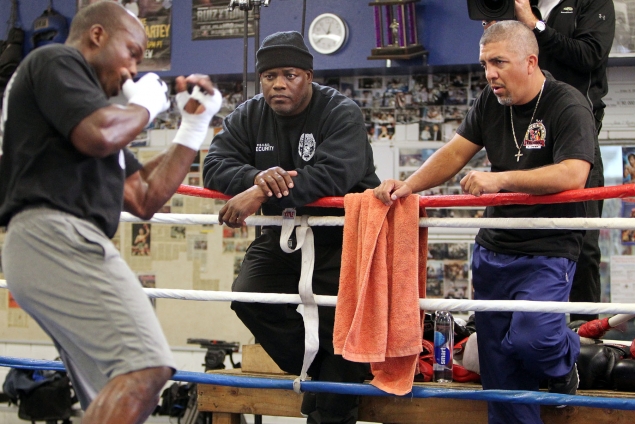 During a media conference call promoting the HBO-televised March 16 clash between WBO welterweight beltholder Tim Bradley and once-beaten Russian Ruslan Provodnikov, Bradley’s trainer, Joel Diaz, accused his counterpart, Freddie Roach, of having “lost the love for the sport” of boxing.

“I’ve seen Freddie Roach in a lot of fights, and Freddie Roach is just a name that was created,” said Diaz, on what happened to be Roach’s 53rd birthday. “I mean, I think that Freddie has lost the love for the sport.”

Roach is a five-time Trainer of The Year and has guided the careers of champion fighters such as Manny Pacquiao, Amir Khan and Julio Cesar Chavez Jr.

All three of the above, however, have been dethroned in losses as of late, including Pacquiao, whom Bradley (29-0, 12 knockouts) vanquished for his current belt by disputed split decision in June.

“I would like to tell him where to go,” said Roach of Diaz. “But the things is, he doesn’t know me. He doesn’t see what I do everyday. He doesn’t see me in the gym working with these fighters. They’re making statements to try to get under my skin.”

In December, following the loss to Bradley, Pacquiao was knocked out in the sixth round by Juan Manuel Marquez, against whom he was 2-0-1 heading into their clash.

“Freddie Roach is not my concern,” said Diaz. “My concern is the fighter. (Roach) generated a name, and it’s up there, but he doesn’t have the same passion for the sport as he did a few years ago.”

Also trained by Roach is Provodnikov (22-1, 15 KOs), a former Pacquiao sparring partner who has won five consecutive fights as a junior welterweight, four of them by stoppage.

Provodnikov is coming off June’s second-round knockout of Jose Reynoso, ending the loser’s unbeaten streak at 6-0-1, including two stoppage wins.

Roach said Bradley will run like “Forrest Gump,” once he faces the power of Provodnikov. 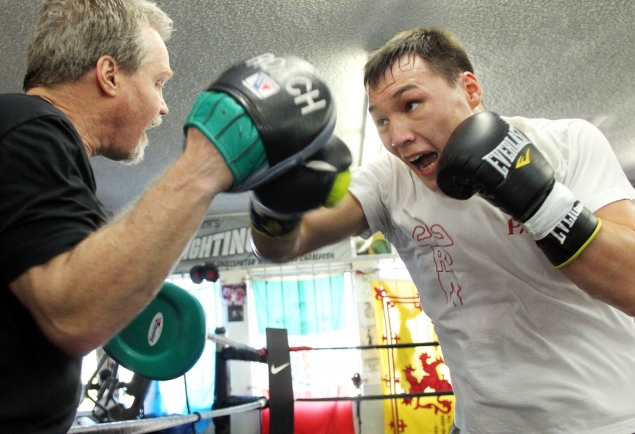 But Diaz said he isn’t buying what Roach is selling.

“Freddie Roach always tries to play mind games, you know? Like the comment that he said about Tim Bradley looking like Forrest Gump. He probably will be. That night, whatever Tim Bradley brings into the ring that night, we don’t like to expose that to anybody, especially to him,” said Diaz.

“We don’t have to give him any techniques that we’ve got. But if he thinks that Tim Bradley’s going to run, it’s just a way of him playing mind games, for Tim and to get under Tim’s skin so he says, ‘I’m not going to do it.’ But at the end of the day, Tim’s going to be the winner that night, and that’s what matters.”