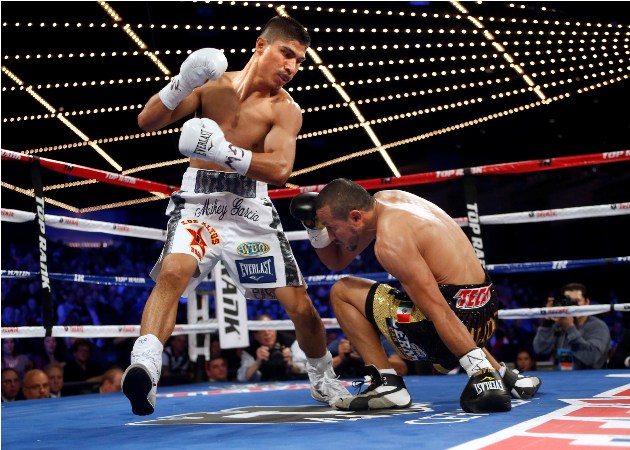 The leading candidate for a May defense by RING and WBO featherweight champion Miguel Angel “Mikey” Garcia is apparently Orlando Cruz, according to a source familiar with the circumstances, although it appears that Cruz is slated to face Aalan Martinez on March 22 in Kissimmee, Fla.

Dates of May 11 and May 18 are being considered for the return of Garcia (31-0, 26 knockouts), who is coming off January’s eighth-round, technical-decision victory over Orlando Salido at New York’s Madison Square Garden.

Although the unbeaten 25-year-old Oxnard resident failed to earn his ninth-straight knockout win, Garcia did drop Salido (39-12-2, 27 KOs) four times over the course of the first four rounds, ending the rugged Mexican’s streak of five consecutive stoppage wins, two of which were against Juan Manuel Lopez in Puerto Rico.

Trained by his brother Robert Garcia, and their father, Eduardo Garcia, would be facing a fighter in Cruz (19-2-1, 9 KOs), who has scored three straight victories, including two knockout wins since being stopped himself in consecutive losses to Cornelius Lock and Daniel Ponce de Leon in September of 2009 and February of 2010.