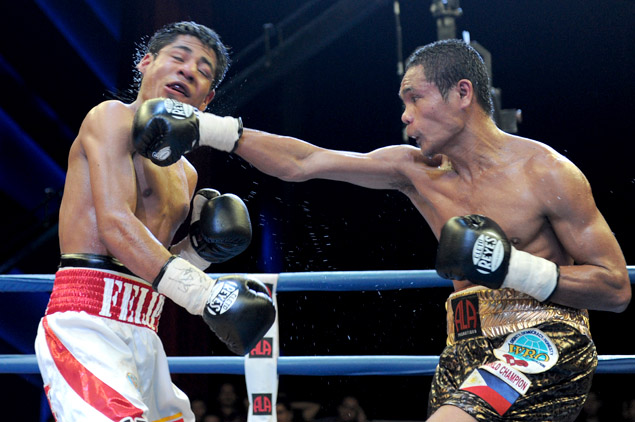 Yet, despite having reigned as titleholder over two divisions since 2007, Nietes’ success has been overshadowed by the successes of his countrymen, most notably Pacquiao and Donaire.

Being a titleholder in boxing’s smallest divisions can be a thankless job, but should Nietes turn back the challenge of determined WBO strawweight titleholder Moises Fuentes this Saturday at the Waterfront Hotel & Casino in Cebu City, Philippines, he’d go a long way towards stepping out of their shadows.

“For now, I’m focused with my career,” said Nietes, 30. “I’m not worried nor am I jealous that they are more popular than me. However, I’m still hoping that someday I would also get the chance to be like them.”

The Nietes-Fuentes fight will headline ALA Promotions’ “Pinoy Pride XVIII” card, which will be televised in the Philippines by ABS-CBN channel 2 on Sunday, March 3, beginning at 10:15 a.m. Nietes is rated no. 2 by THE RING at 108 pounds, while Fuentes is rated no. 1 at 105.

Like many boxers from his nation, Nietes (31-1-3, 17 KOs) has had to travel abroad to defend his title, making three defenses of the 105-pound belt in Mexico before moving to 108 to win a 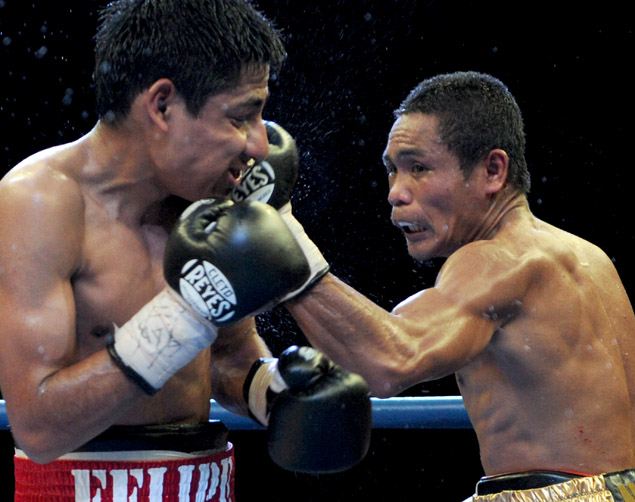 vacant belt there. Still, it’s exceedingly rare that a Filipino champion gets the privilege of defending his title at home, a fact that IBF junior flyweight champion Johnriel Casimero, who will defend his title in Panama next month, can attest to.

A lack of big name opponents and meager purses have stunted Nietes’ rise in popularity, but so too has his conservative style, one that sees him content to win 7 out of 12 rounds instead of dominating opponents. Of Nietes’ seven world title fight victories, only one has ended in a knockout. If ever there was an occasion big enough to rise to, this fight would be it.

The 27-year-old Fuentes (16-1, 8 KOs), from Mexico City, has made two defenses of the belt he won after Nietes moved up in weight. Though plagued by the same lack of star opponents to ply his craft against, he is coming off a fifth-round stoppage of future Hall of Famer Ivan Calderon, sending the faded former champion into retirement.

As far as opponents go, Fuentes is relatively high profile — the sort of opportunity that doesn’t come along often for a fighter like Nietes.

Nietes dabbled with amateur boxing as a teenager, then took up employment at the famed ALA Boxing Gym as a janitor at age 19. His uncle, former domestic contender Dan Nietes, was one of the many pro fighters that called the Cebu City gym home. Nietes soon resumed training at his new job site, and put together a 40-plus-bout amateur career with only three defeats.

Since turning professional in 2003, Nietes’ only loss has been a split decision against world title challenger Angky Angkotta in Indonesia, after Angkotta weighed in six pounds over the weight limit. Nietes first won the WBO strawweight belt in 2007 with a victory over Pornsawan Porpramook, defending it four times before moving up and winning a title.

Nietes hopes a win catapults him into a fight with WBA junior flyweight titleholder Roman Gonzalez (34-0, 28 KOs) of Nicaragua, which would be as big a fight available for the sport’s smallest champions. With a win over Fuentes, Nietes would stand tall enough to no longer be ignored.