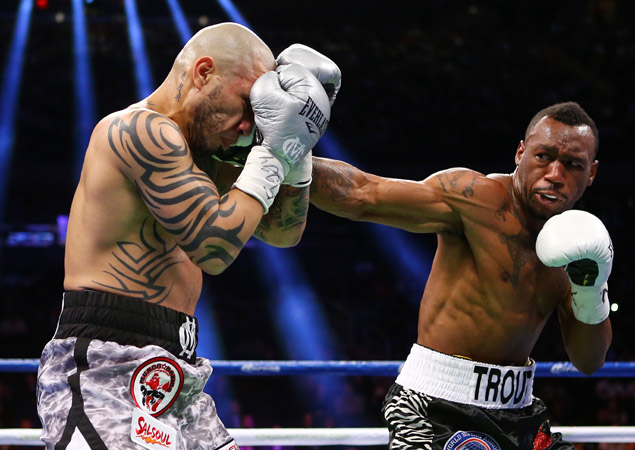 Golden Boy CEO Richard Schaefer has informed RingTV.com that he is “looking at getting everything signed” for a junior middleweight unification clash between WBA titleholder Austin Trout, of Las Cruces, N.M., and Mexican WBC counterpart Saul “Canelo” Alvarez for May 4 at The MGM Grand in Las Vegas on Showtime Pay Per View.

Golden Boy President Oscar De La Hoya told RingTV.com in an interview last month that he believes that a card featuring both Mayweather and Alvarez will surpass the numbers drawn by his split-decision loss to Mayweather in May of 2007, which set the all-time record for pay-per-view buys with more than 2.5 million. 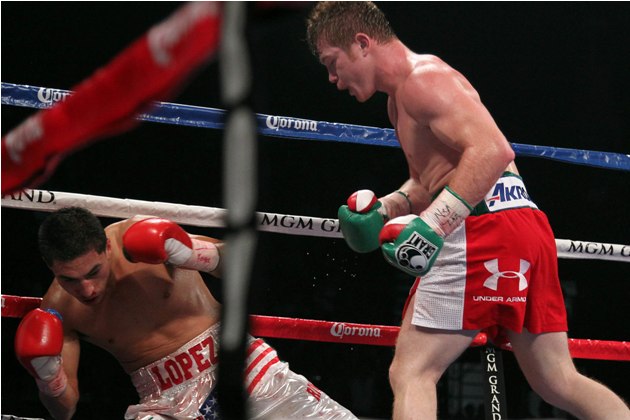 Alvarez (41-0-1 30 KOs), 22, is coming off September’s fifth-round stoppage of Josesito Lopez at the MGM Grand in Las Vegas.