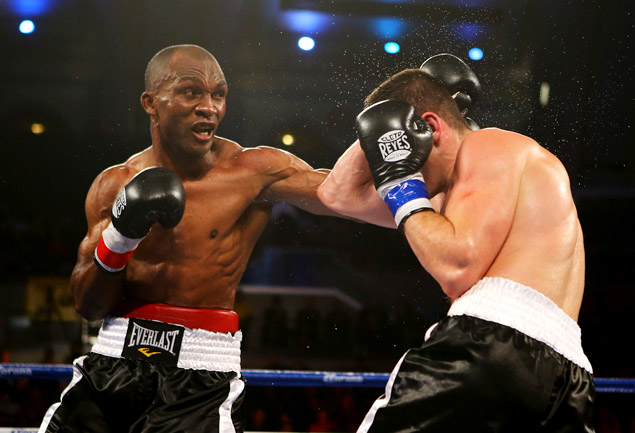 Probably in that order.

Mission accomplished … well, somewhat. Save for more than a few wild throws, Bika was able to comfortably check off his other goals.

The victory sets up another chance for Bika to fight super middleweight world champion Andre Ward, who beat Bika by unanimous decision in November 2010. 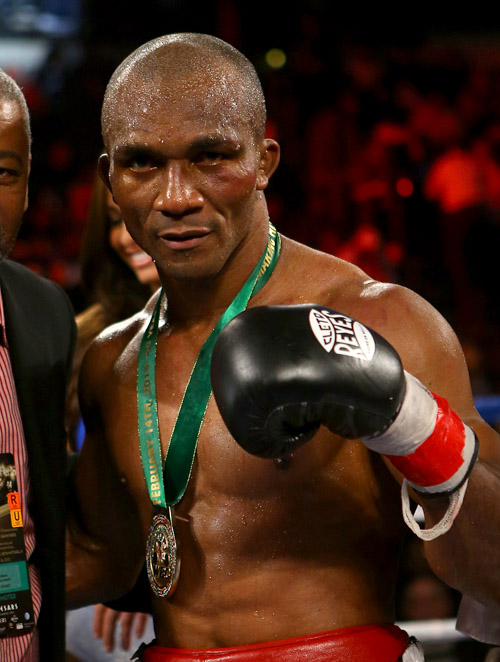 “I feel very good, I had a great plan and a great training camp,” Bika said. “It was a great opportunity for me. Now I want any of the great fighters, Lucian Bute, Andre Ward, any of them.”

Both Bika and Sjekloca began the fight doing great impressions of whirling windmills. Bika seemed to get the better of Sjekloca early on, catching him with a counter left on the chin in the first round. In the second, both fighters again threw big, wide punches that created nothing but gusts of wind.

But Bika did land a right uppercut that grabbed Sjekloca’s attention. Although toward the end of the round, Bika missed with a right leaving himself terribly exposed. If he was in the ring with any top-10 contender, he might have been in some serious trouble.

In the fourth, Bika landed a series of thudding blows that Sjekloca couldn’t answer. Between the fourth and fifth round, Sjekloca’s trainer grabbed the towel and began fanning his fighter in an attempt to revive him.

Bika went back to firing his jab and occasionally digging to the body. Sjekloca gamely absorbed the shots, but the wear began to show on his face. He began breathing with an open mouth as his trainer continued whipping the towel between rounds to provide more oxygen for Sjekloca.

By the seventh, Sjekloca could have used as much help as possible. Bika kept crushing his body with short rights and lefts inside, and Sjekloca was able to do little to stop it. The latter portion of the fight was more of the same punishment, stirring a sprinkling of boos.

In the opening minute of the last round, Sjekloca landed a straight right on Bika’s jaw with no effect. Bika just stood there.

“This is my first big fight in America, and this is a success for me,” Sjekloca said, “because they’re not as good fighters where I’m from, and I felt I hit him with more clean shots than he hit me with. I’m thankful for the opportunity.” 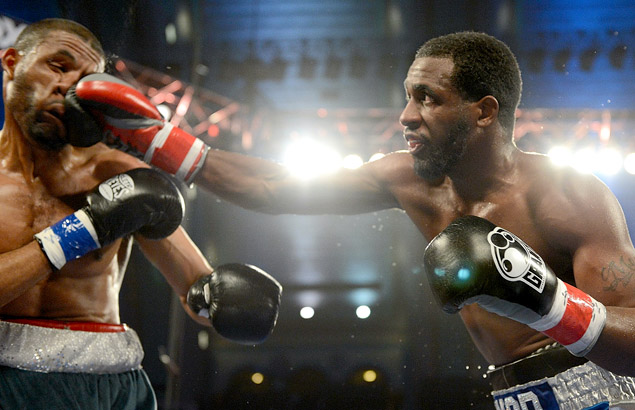 Hopkins, the nephew of future hall of famer Bernard Hopkins, picked away at the slow, shopworn veteran who countered with some good shots in the third round. But Hopkins began imposing his superiority on the retreating Whittaker, knocking him down in the fourth.

Tired of the pounding, Whittaker finally ended the spirited sparring session after the sixth round, to a crescendo of boos from the crowd. Whittaker couldn’t get his gloves off fast enough.

After a slow start in the first round, Cherry found his range in the second and downed Escobedo with a looping right to the chin. It was almost the same punch that finished Escobedo in the sixth. Cherry froze Escobedo with a left uppercut, then landed a textbook right hook that sent Escobedo down for the second time.

Cherry closed in and Escobedo didn’t have any legs, falling again in the closing seconds of the sixth. Huggins stood over him and ended it. 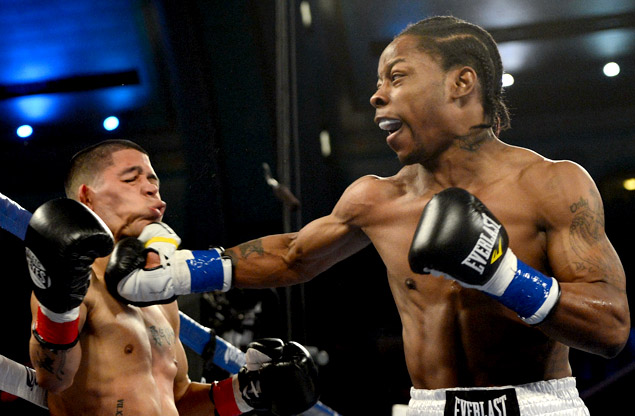 Out of the trio of Olympians, Warren looked the best. He was in with someone smaller, though he did keep coming at Warren — making him look that much more impressive. Warren slammed a left onto Hernandez’s chin that dropped him once in the second round, then nailed Hernandez with a barrage of punches, causing referee Sam Viruet to step in and stop it at 2:04 of the second.