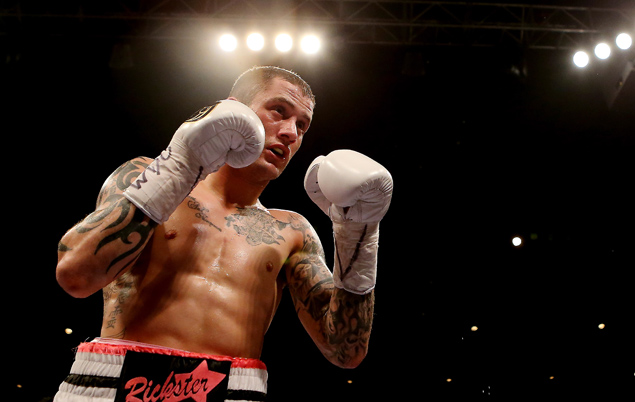 The WBO lightweight titleholder Ricky Burns will face reigning IBF beltholder Miguel Vazquez in a high-profile unification clash at the Wembley Arena in London on March 16.

Burns (35-2, 10 knockouts) was left frustrated when his most recent title defence, against the unheralded Jose Ocampo, fell through but history now beckons against Vazquez (33-3, 13KOs), a 25-year-old Mexico native who is one of the very best at 135 pounds.

“I’m over the moon,” Burns told RingTV.com.  “I was really disappointed that I didn’t get to fight in December but I’ve always wanted a unification fight and this one will bring out the best in me.

“Vazquez is a top operator in the lightweight division.  He’s a good boxer, very technical and he likes to keep you at range.  My trainer (Billy Nelson) will sit down and review the tapes and we’ll get a game plan worked out.” 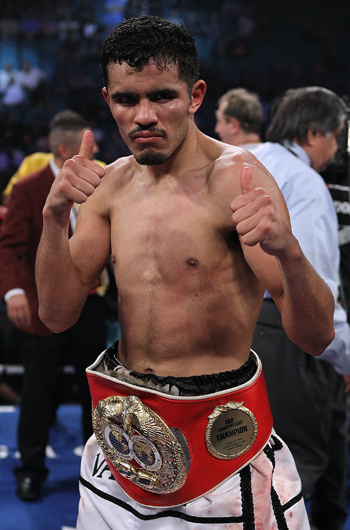 Vazquez, as the Scottish star indicated, is pure quality and Burns remains acutely aware of the challenge that lies ahead against the crafty Mexican.

“I don’t want to give too much away in terms of strategy,” stated the 29-year-old veteran.  “I’m a good boxer but I’m also physically strong at lightweight and my punch power has improved.  Hopefully, I can get the job done.

“I’m starting hard training in Norway, with Andreas Evenson, who’s preparing for a European title fight, then I’ll return home and get the head down.

“Everyone, including me, knows this is going to be a tough task and there are people who will write me off.  One thing is for sure, it’s going to be a cracking fight.”

There is real irony with this turn of events.  The critics shot Burns down when he was matched with Ocampo and reloaded when he declined an untimely Feb. 16 engagement with American hotshot, Adrien Broner, who holds the WBC crown.

Burns maintains that he had peaked for his December date and going straight back into hard sparring for Broner would have bordered on lunacy.

Meticulous preparation is required at this level and Burns, who also held a world title at junior lightweight, will now have an additional month to ready himself for Vazquez.

“I don’t get a say in who I fight,” stressed Burns.  “Anyone who knows me personally is aware that I don’t care who’s in the other corner.  My attitude towards boxing is that I’ll fight anyone and I’m not afraid to lose.  I never have been.”

When Burns faces off with Vazquez it will mark the first time that a Scotsman has taken part in a unification contest since fellow countryman, Ken Buchanan, faced Ruben Navarro, at the Los Angeles Sports Arena, 42 years ago.

Navarro, like Vazquez, is also Mexican and the fact that Buchanan won a lopsided decision can only be a good omen for the Scot.

“You’re the first person who has actually told me that,” laughed Burns.  “I don’t look at it that way, it’s just another day at the office and I’m sure I’ll have some good support down in London.  Hopefully, I can take care of business.”

The affable champion then accorded his future opponent the respect he deserves; “Miguel Vazquez has my full attention right now because he is a great fighter and I would never look past him.”

The news that Burns has elected to unify with Vazquez “should” bury the cherry picker label once and for all.

On the same show, which will be promoted by Frank Warren, Nathan Cleverly (THE RING’s No. 4-rated light heavyweight) defends his WBO title for the fifth time against Robin Krasniqi.

Tom Gray is a member of the British Boxing Writers’ Association and contributes to various publications. He compiles the boxer profiles and fight breakdowns for Frank Warren Promotions official fight programmes. Follow him on Twitter: @Tom_Gray_Boxing