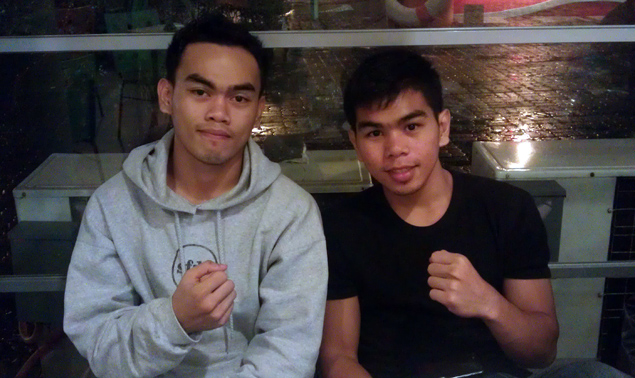 Filipino prospects Dodie Boy Penalosa Jr. and Dave Penalosa will co-headline a boxing event on March 23 at the Cuneta Astrodome in Pasay, City, Philippines. The event will be promoted by their uncle, former two-division titleholder Gerry Penalosa, in what looks on paper to be their toughest tests to date.

Dodie Boy Penalosa Jr., (10-0, 10 knockouts), of Cebu City, Philippines, will face Lizandro Los Santos (19-10, 7 KOs), of Oaxaca, Mexico, with the minor WBO Oriental super bantamweight title at stake in the 10-round main event. Penalosa Jr., 22, is coming off an impressive showing on the Manny Pacquiao-Juan Manuel Marquez IV undercard last month when he knocked out journeyman Jesus Lule in two rounds with one right hook in his American debut.

Santos is fighting outside of Mexico for the first time and each loss has come by knockout.

Dave Penalosa (5-0, 3 KOs), also of Cebu City, will face Juan Jimenez (11-6, 9 KOs), of Nuevo Casas Grandes, Mexico, in a six-round bout. Dave Penalosa is 21 and will be facing his first opponent from outside of Asia.

The Penalosa brothers are the third generation of an accomplished fighting family. Aside from their uncle Gerry, who held the WBC junior bantamweight and WBO bantamweight titles, their father Dodie Boy Sr., is a former IBF junior flyweight and flyweight titleholder.

Their other uncle Jonathan Penalosa challenged unsuccessfully for the WBA flyweight title and served briefly as the trainer of Nonito Donaire Jr., while their grandfather Carl Penalosa was a two-time Philippine champion during a professional career in the ’60s.