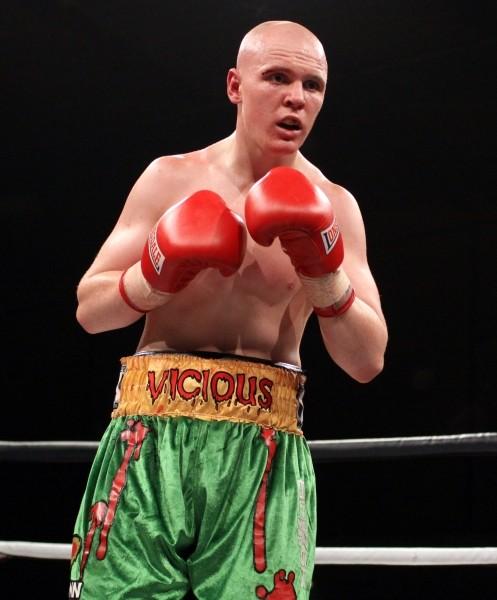 British lightweight Kieran Farrell had already mapped out his after-boxing plans long ago. A transition to training fighters would be a natural for him, and he dreamed of owning his own steakhouse as well. He just never dreamed that retirement would come in less than four years.

Farrell, 22, of Manchester, England, got the news Tuesday afternoon from his neurologist at Hope Hospital in Manchester that his promising career was over, following brain injuries resulting from his 10-round unanimous decision loss to Anthony Crolla on Dec. 7, which was fought for the vacant BBBofC English lightweight title. It was Farrell’s first time fighting past six rounds.

Farrell collapsed in his corner following the bout, but was revived when he arrived at the intensive care unit.

“I wanted to achieve my goals in boxing before doing any of that,” Farrell, who hangs up the gloves with a final record of 14-1 (3 knockouts), told RingTV. “But as they say, God works in mysterious ways.”

Farrell had held out hope that he’d be able to return to the ring, citing on his Twitter account former middleweight champion Jermain Taylor’s return from a subdural hematoma, but acknowledged that his was a far more serious injury.

“I went back for my follow-up check-up and I was told something that I spent all over Christmas trying to get my head round,” said Farrell. “I thought I was ready for the answer I was told but it’s different when it’s black and white. I was told I’d never box again, not even sparring because the next blow to my head could be fatal.

“I tried to go around the houses and asked, ‘Well, if I take a lengthy break of four years will I not be able to fight?’ and [the doctor] laughed because he knew I was just gripping onto something that wasn’t there. He said, ‘Once the brain tissue is damaged it can’t heal, you have long term brain damage, I’m sorry to say.'”

Farrell says he feels fine “on a day-to-day basis” but admits there are still some lingering physical difficulties since the fight.

“It’s going to be like starting from scratch again with regards to my fitness because just little activities like pushing my newborn baby daughter in her pram (stroller) walking, I feel sore the next day from,” admits Farrell. “But I’m having another week’s rest then I’m going to ease my way back into it because that’s another thing unique about myself: I don’t drink alcohol, do drugs, smoke, and I never will.”

“I don’t give a f–k what anyone thinks, I would have been world champion. It’s very painful, I’ve watched my favourite fighters all day again.”

Meanwhile, the 26-year-old Crolla (25-4, 9 KOs), who is scheduled to fight Derry Matthews (32-8-1, 17 KOs) for the vacant Commonwealth lightweight title on March 30 at the Echo Arena in Liverpool, admitted to British TV network ITV that he “didn’t sleep proper for a few nights” after the fight until Farrell’s condition improved.

“It was sad to see it end like that, because at the end of the day he was just a lad who wanted something so bad,” said Crolla. “It was sorta like he got punished for pushing himself so hard. Whatever he does in life, if he applies what he did into boxing, I’m sure he’ll be successful.”

Farrell’s promoter, David Coldwell, announced on his Facebook account that he will be organizing a benefit dinner for Farrell with a date and venue to be announced shortly.