Lem’s latest: Bika says ‘This is my time to shine’ 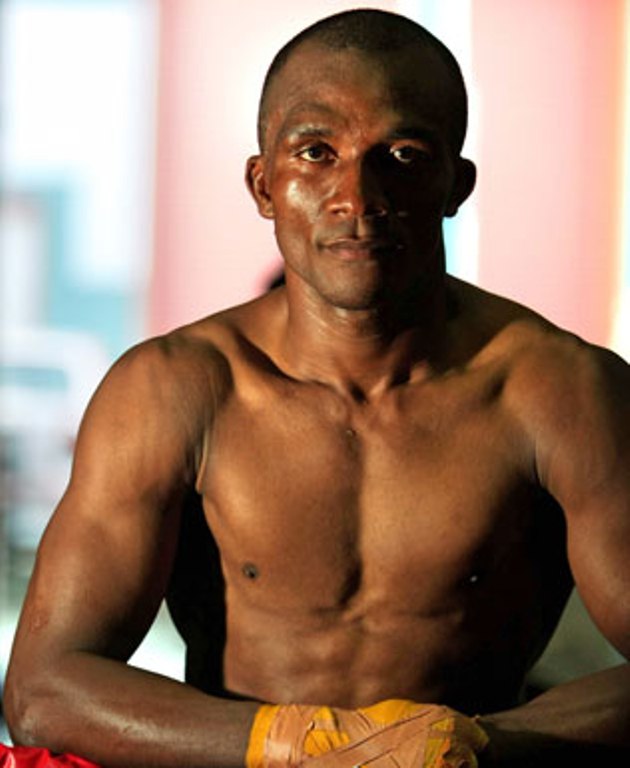 The Feb. 16 super middleweight clash between Cameroon native Sakio Bika and unbeaten Nikola Sjekloca of Montenegro could be for the WBC’s belt currently held by RING and WBA champion Andre Ward, according to the organization’s Seceretary General, Mauricio Sulaiman.

Ward will be “out of action for an indefinite period,” according to his promoter Dan Goossen of Goossen Tutor Promotions, prompting Sulaiman and the WBC to consider declaring Ward to “Champion Emeritus” status while upgrading that of Bika (30-5-2, 21 KOs) against Sjekloca (25-0, 7 KOs) from “interim” to “full” titleholder.

Under those conditions, Sulaiman said Ward would be eligible to fight for the belt against whenever he is healthy.

“We are examining that matter in the WBC voting process. We are gathering all of the information concerning the time frame for Ward to be back,” said Sulaiman of Ward, who is coming off September’s 10th-round knockout of RING and WBC light heavyweight champion Chad Dawson (31-2, 17 KOs).

“So that is a subject and situation which is, right now, in the hands of the WBC board. We send out the votes to the whole world, and we are just gathering the votes of the board members. I would say that we can expect a decision on Thursday or Friday.”

Bika-Sjekloca is slated for the undercard of a main event featuring WBC lightweight beltholder Adrien “The Problem” Broner against Gavin Rees of Wales at Boardwalk Hall in Atlantic City, according to Golden Boy CEO Richard Schaefer.

Broner-Rees will follow a rematch between heavyweights Johnathon Banks and Seth “Mayhem” Mitchell, the latter of whom lost by second-round knockout to Banks in November.

Sjekloca is taking a major step up against Bika, a resident of Los Angeles who is after his third straight stoppage victory. Bika has lost decisions to super middleweight champion Ward, Lucian Bute and Joe Calzaghe, and fallen by controversial first-round disqualification when he hit Jean Paul Mendy while he was down.

Schaefer said the Bika-Sjekloca fight came to fruition in the wake of Ward’s announcment of his impending surgery.

“Andre Ward is a great fighter, and he’s a true champion, but when I look at myself, I look at myself as the champion. I think that I won all of those fights, but it was their home town. In Feburary, I will be on neutral terrirory, so I’m very happy that I’m fighting for the belt again. In February, I’m looking forward to doing my job and winning that fight and becoming a world champion. This is my time to shine.”

“Sakio has fought the top guys and some of the best guys in the 168-pound division, so he’s definitely deserving,” said Cunningham. “He’s preparing to make the most of this opportunity, and I think that he’s going to go out there and capitalize on it.” 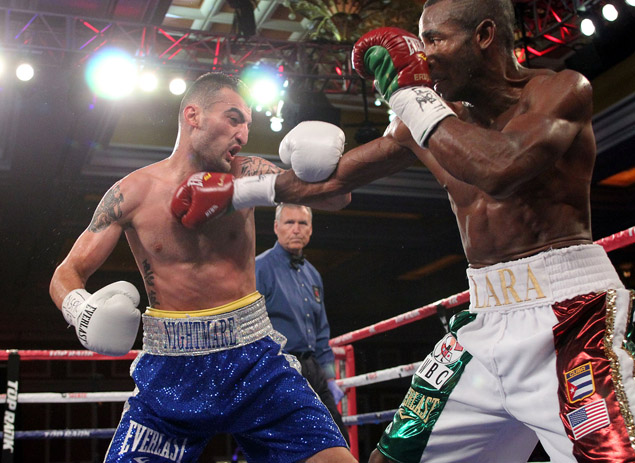 A WBC junior middleweight eliminator purse bid has been ordered for Friday for the right to promote the rematch between Erislandy Lara (17-1-2, 11 KOs) and Vanes Martirosyan (32-0-1, 20 KOs), who battled to November’s ninth-round, technical decision draw after an accidental clash of heads caused a cut over Martirosyan’s left eye and forced the verdict to go to the scorecards.

The winner of Lara-Martirosyan II will become the mandatory challenger to WBC beltholder Saul “Canelo” Alvarez (41-0-1, 30 KOs), according to Sulaiman.

On Dec. 18, said Sulaiman, there will be a similar purse bid for a defense by WBC junior featherweight titleholder Abner Mares (25-0, 13 KOs) and Victor Terrazas (36-2-1, 21 KOs), a winner of 10 straight fights, seven of them by knockout.

Light heavyweight contenders Tony Bellew (19-1, 12 KOs) and Isaac Chilemba (20-1-1, 9 KOs) will fight in a WBC eliminator on March 30 at Echo Arena in Bellew’s home town of Liverpool, England, the right to face Dawson, according to Ron Rizzo, of DiBella Entertainment, which promotes Chilemba.

“It’s a massive night and a really tough opponent for the right to fight for the big one. Isaac is a top class opponent,” said Bellew. “But I’m on the edge of a World title fight, and I’ve worked too hard to give it away now.”

In addition, junior welterweight Tom Stalker, 28, who reached the quarterfinals of the London Olympics this past summer for Great Britain, will make his professional debut on Feb. 23 in London, his promoter, Matchroom Sport, informed BoxingSCene.com on Wednesday.

Stalker will then fight on the Bellew-Chilemba undercard. 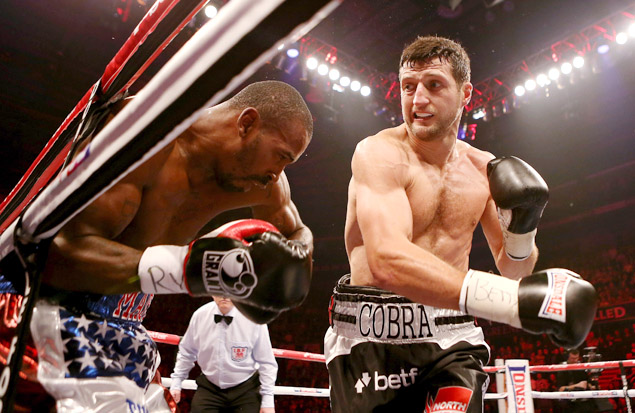 IBF Championships Chairman Lindsay Tucker said that an agreement has been reached for IBF junior lightweight titleholder Juan Carlos Salgado (26-1-1, 16 KOs) to pursue his sixth straight victory with the third defense of his crown against Dominican Argenis Mendez (20-2, 10 KOs) on March 2.

But Froch would be permitted to take a rematch of three-time titlewinners against WBA interim beltholder Mikkel Kessler (46-2, 35 KOs) over a bout with Stevenson if the proper paperwork were submitted and the right conditions met prior to the ordering of the purse bid, according to IBF public relations Public Relations Director Jeanette Salazar.

“Because [Froch-Kessler] is a unification bout, it takes precedence over a mandatory, so it would be allowed,” said Salazar, during an interview with RingTV.com.

“Information concerning the site and the actual date were still needed. Once all of the information is put forward, certain conditions would be set regarding the mandatory, but it would be allowed because it is a unification.”

IBF President Daryl Peoples said Froch has requested and received permission for a window in which to complete a deal with Kessler — that deadline date being Jan. 14 — before a purse bid is ordered and a defense against Stevenson truly takes precedence.

“A champion may seek to unify the title without requesting an exception. Such as, suppose Froch and Kessler did come to an agreement all of a sudden, say, in the next 24 hours. That would be permitted. Froch has already requested to fight Kessler. It doesn’t look like that’s going to happen, but he could,” said Peoples.

“But from what everybody is saying, they’re going to go ahead and start negotiating with Stevenson. So it looks like Froch and Stevenson are going to begin negotiations. But if they can’t come to a decision by Jan. 14, then Lindsay will order a purse bid.”