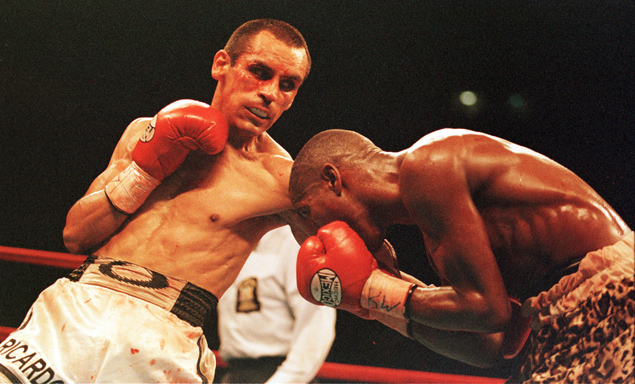 The never-give-up spirit that fuels their greatest accomplishments during their primes eventually becomes an enemy to the well-being of our most beloved fighters. Before they are able to admit to themselves that it’s over, they are battered and bludgeoned by opponents who once would have been sparring partners, they suffer the indignity of being shoved out the door instead of leaving well enough alone and fading gently into the next phase of their lives.

For their admirers it’s a fresh reminder of their own mortality, that in the end everyone will be a victim of Father Time and Mother Nature and that the day of reckoning is closer than they care to admit. To assuage their depression, they are forced to expunge the unpleasant final memories in favor of more glorious ones, when they and their heroes were young, vibrant and relevant.

Fortunately there are exceptions to every rule. Not every great champion’s record ends with an “L” or a “KO by” but with a “W” or a “KO.” For one last time they enjoyed that satisfying inner glow that comes with successfully meeting the challenge, but because it was the last time it became even more special. Few people – much less boxers – earn the privilege to walk away from their chosen profession at the top of their game, on their own terms and with an enthusiastic crowd offering full-throated tribute.

This week’s 10 list is a celebration of those who knew when to step away and left their admirers wanting more – but also relieved that, in the long run, they didn’t get more.

Because there have been other “final acts” in which tragedy or other unforeseen events intervened, I limited this list to those who retired on their own volition – and stayed retired. With that criterion in mind, the following is one man’s opinion of boxing’s 10 best final curtains.

When Jofre ended his 33-month retirement following his second loss to Fighting Harada, no one could have guessed that he was about to embark on arguably the most successful comeback in boxing history – at least to date. After rolling up 14 straight wins as a featherweight, the 37-year-old ex-bantamweight king scored a stunning split decision over WBC featherweight titlist Jose Legra to capture his second divisional crown. Following a fourth-round TKO over Vicente Saldivar, the WBC stripped Jofre because his management failed to arrange a fight with mandatory challenger Alfredo Marcano in a timely manner. 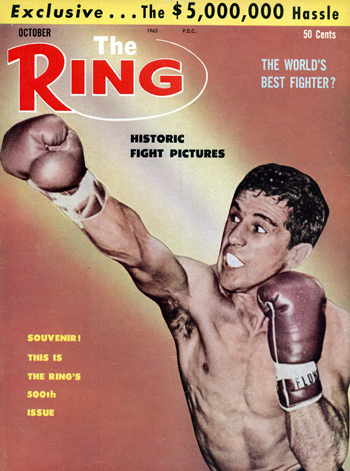 Shorn of his crown, Jofre continued to fight – and win. At age 40 years and six months he fought respected Mexican Octavio Gomez before a large and adoring crowd in Sao Paulo. Even at this advanced stage of his career Jofre’s body was in magnificent condition, though two tiny flaps of skin near each kidney was the only sign of his advancing age. The shock of curly hair, the famed semi-crouch and, most importantly, his wondrous skills were still there.

In the closing moments of the seventh Jofre brought the house to its feet – and Gomez to his knees – with a short reflex hook to the ear an instant after Gomez missed with a wild right. Gomez tried to con the referee into calling his fall a slip but the official saw what everyone else did – a legitimate knockdown. With the crowd producing an earthquake of sound, Jofre sauntered to the wrong corner to soak in the adulation, only to quickly advance to the correct one when he spotted the referee out of the corner of his eye. Somehow, the referee managed to hear the bell and no further damage was done.

For the remainder of the fight, Jofre showcased the talent that made him a god-like figure in Brazil and, eventually, an immortal in Canastota. Compact hooks regularly found Gomez’s face and his every thrust engendered a rapturous response. When the decision in his favor was announced, he was lifted onto the shoulders of his admirers and he returned their cheers by vigorously clapping his gloved hands while wearing a beatific smile.

The win over Gomez completed a comeback for the ages. In the seven years since returning to the ring he went 25-0, retired with a 72-2-4 (50 KOs) record and left the ring in triumph instead of tragedy.

(Click on the “NEXT” button at the bottom right corner of the page to view Nos. 9 through 1.)