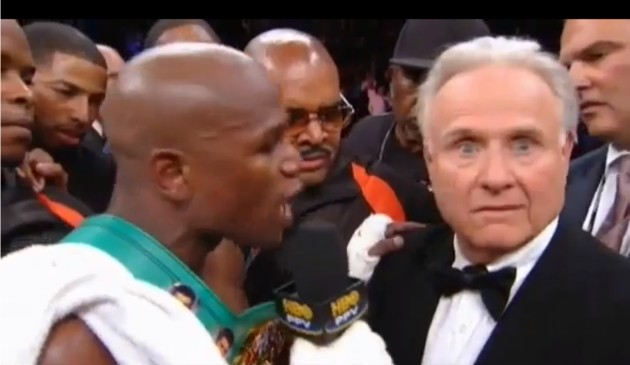 Both WBC junior middleweight beltholder and Saul “Canelo” Alvarez and Floyd Mayweather Jr., holder of the WBC and WBA welterweight and 154-pound belts, respectively, have targeted May 4 for their returns at the MGM Grand in Las Vegas, in addition to each undefeated boxer having said that he wants to fight on Sept. 14.

The dates fall on the two traditional Mexican holiday weekends — Cinco De Mayo and Mexican Independence Day, and with their big names, Alvarez (41-0-1, 30 KOs) and Mayweather stand a chance to bring unprecedented attention to themselves.

Golden Boy President Oscar De La Hoya believes that a card featuring both Mayweather and Alvarez will surpass the numbers drawn by his split-decision loss to Mayweather, who dethroned him for the WBC’s junior middleweight belt in May of 2007. Mayweather-De La Hoya holds the all-time record of pay-per-view buys with more than 2.5 million.

“Those two dates, May 4 and September 14, I’m actually looking forward to one of those dates to break my all-time pay per view record,” said De La Hoya. “Those two dates, you’re going to see a blockbuster. Blockbuster, and that’s all that you need to know.”

Having ended 2012 on a bang with his unanimous decision victory over three-division champion Miguel Cotto on Dec. 1, WBA “regular” 154-pound beltolder, Austin Trout (26-0, 14 KOs) wants to begin 2013 in similar fashion, his preference being a clash with Alvarez.

In the past, Golden Boy Promotions CEO Richard Schaefer said that he would work on negotiations for a matchup between WBC interim 147-pound beltholder Robert Guerrero and Mayweather, who has also been requested by Alvarez.

“Our team has been in contact with their team, and I’d rather not be specific. There are ongoing discussions, and, hopefully, as the days go by, the discussions will intensify,” said Trout’s promoter, Greg Cohen.

De La Hoya would not comment on the status of the negotiations, or how both Mayweather and Alvarez could be accommodated on the same date and potentially at the same venue.

“My man, you can think about that all you want,” said De La Hoya. “I’m just telling you that it’s going to be a blockbuster.”