Marquez calls Pacquiao III, ‘My best performance as a professional’ 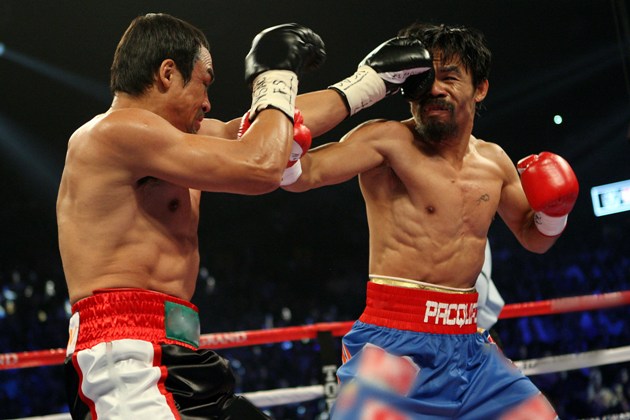 Juan Manuel Marquez and Manny Pacquiao have been sharing their thoughts from training camp with HBO as they enter their HBO Pay Per View-televised fourth fight slated for Dec. 8 at the MGM Grand in Las Vegas.

In November, Marquez (54-6-2, 39 knockouts) lost a highly disputed majority decision to Pacquiao (54-4-2, 38 KOs), with whom he has also battled to a draw and lost a previous split decision.

In this training blog distributed by HBO, Marquez recalled his third bout with Pacquiao:

MONDAY, NOV. 26: “After waiting a long time to get Manny Pacquiao back in the ring for a third fight, it finally happened last November in Las Vegas, the same place the first two were held and where I felt my victories in those fights had been taken away by the judges.

“I knew I needed to do sometime different for this third fight because it was going to be at a weight class above where I usually fight — the weight limit was 144 pounds — and where he was doing so well against bigger opponents. I wanted to keep my speed and defensive abilities, but I needed to pick up some power.

“I trained very differently for this fight from the previous two. I used a strength and conditioning trainer for the first time, and limited my time in the gym as far as sparring and the usual boxing work. I felt that I needed to bulk up and condition myself the right way, so not to lose my other strengths and advantages as a technical boxer.

“We worked really hard in camp for this third fight. In the ring, the fight was the easiest one of three. It was my best performance as a professional. I dictated the rhythm of the fight and won all the exchanges between us throughout the fight. 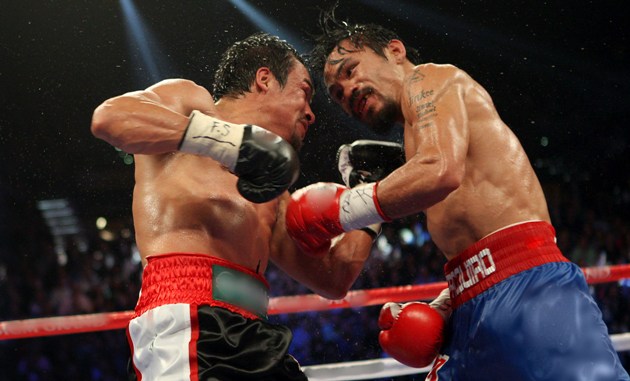 “Manny had become a more predictable fighter. He has improved as a boxer and he is quite formidable at the weight that he now fights, but he was not as fast or explosive as he was in our previous two fights. I felt I won nine of the 12 rounds and easily won the fight.

“He never came close to hurting me, and, once again, my boxing skills were too much for him. But once again the three judges took away my victory. And there is nothing I can do about them. It seems that Manny has only one opponent every time we fight — me — while I have four – Manny and the three judges.”